When We’re Here creators Stephen Warren and Johnnie Ingram approached RuPaul’s Drag Race alums Bob the Drag Queen, Eureka O’Hara and Shangela about starring in their own HBO docuseries — in which the three performers descend upon small towns across America to put on drag shows — the three queens knew their answer almost immediately. “There was really not an option to say no,” Eureka tells THR.

The premise of We’re Here sounds, at face value, like a mix between Queer Eye and To Wong Foo, Thanks for Everything, Julie Newmar: In locations such as Gettysburg, Pennsylvania; Twin Falls, Idaho; and Branson, Missouri, the three queens arrive, surprising residents as they march through town in search of performance venues and the local performers — the latter being queer residents (and, in some cases, straight allies) who have volunteered to undergo a drag makeover and perform alongside the pros. But We’re Here‘s title has a double meaning: It announces Bob, Eureka and Shangela’s arrival, but it also shows that, despite what some of the more conservative folks who live in these towns might believe, queer people do live among them. Bob, Eureka and Shangela are simply there to empower them and nudge them into the spotlight. 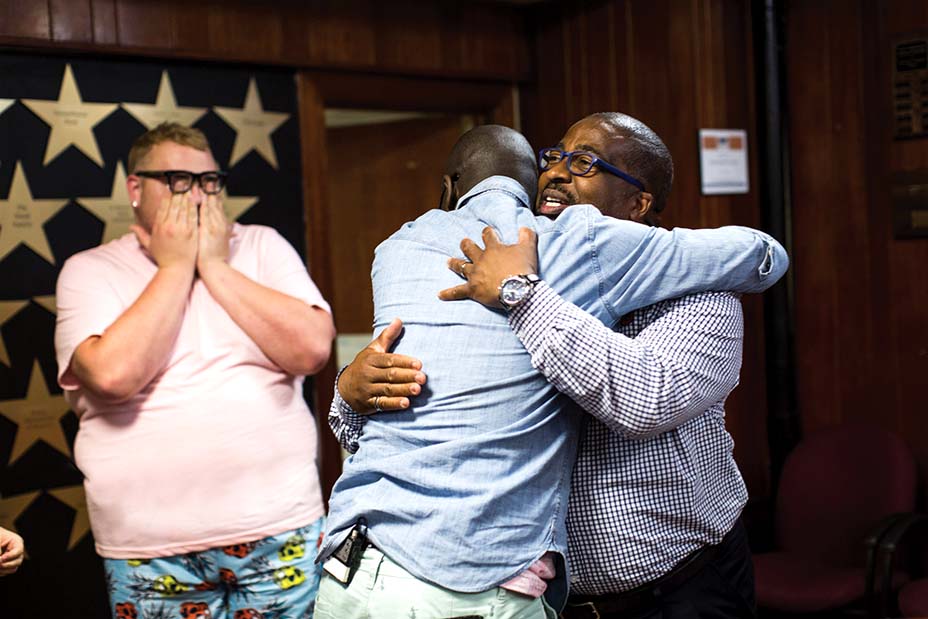 We’re Here is neither a reality competition nor a makeover show, which is how television has typically pigeonholed the artistry of drag. “I was afraid it’d be one of those shows where a bunch of gays get together and go make straight people’s lives great,” Bob says of his initial concerns about the project. Instead, the documentary-style series, which was entered in the unstructured reality category of the Emmys, uses the entertainment element of drag — the humor, the camp, the makeup and costumes — in an effort to amplify the stories of the show’s subjects. “A common misconception about the show is that it’s about how drag relates to people,” Bob says. “It’s actually about how people relate to people. It’s not really about the drag — the drag is secondary.”

Each person who is paired with one of the queens (and becomes their drag daughter) is there for a reason. There are the straight allies who want to stand in solidarity with their queer friends and family — in heels, no less. There are the queer residents who could benefit from the confidence to live within their communities unburdened. In the case of Twin Falls, there are even local drag queens who lack the supportive social circles of their big-city counterparts. And the show is unburdened by the gender binary — the drag daughters identify as male, female, nonbinary or trans.

The three hosts come from similar backgrounds, so they recognized the need in their drag daughters to see — and be seen in — a supportive environment. “I grew up in a small town — I’m quarantining back in my small town!” Shangela says. “How amazing would it have been then, and now, for there to be a place to go where gay was OK, to feel seen and have your community be validated.” In spotlighting queer community members and their allies, the queens were able to amplify voices that might otherwise go unheard. “Going to these small towns felt a little bit like going back home,” Eureka says. “What a pleasure it was to come in and be like, ‘I’m your support system. You’re doing what you need to be doing. You don’t need to feel so alone and lost.’ “

That’s not to say the residents of these locations all rolled out a red carpet for their drag queen visitors. Some of the drama of We’re Here comes from the conflict with the more conservative locals. None of the queens were shocked by the local response to their sudden presence. “I’ve been a drag queen in public for a while now. We got the reactions I expected, everything from ‘Who are these freaks?’ to ‘You are so fabulous, you make me feel good,’ ” Bob says. “That’s what I get in the real world.” 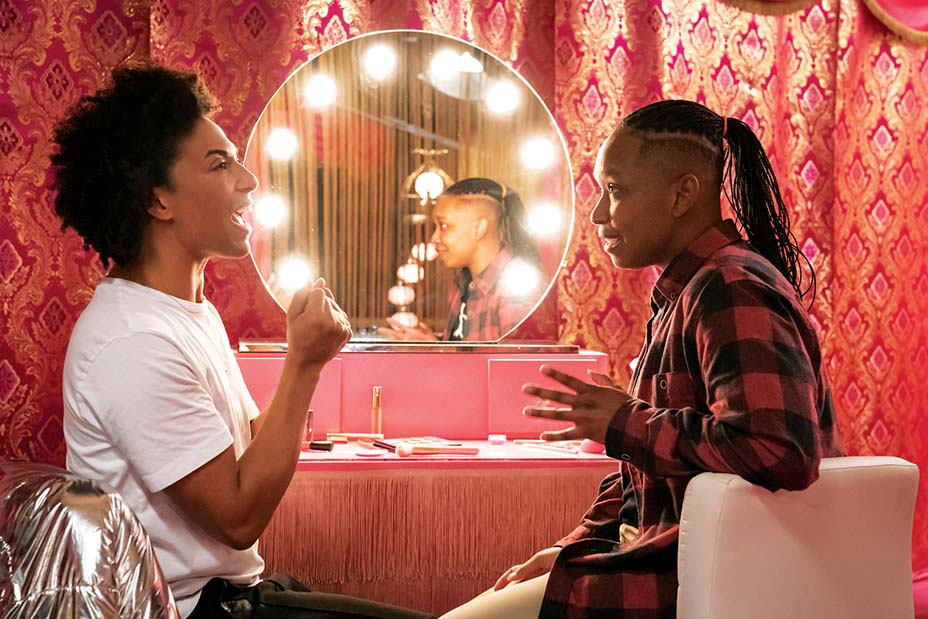 The most extreme case was in Branson, the Midwestern entertainment hub that bills itself as a wholesome alternative to Las Vegas. The queens’ arrival sparked a Branson local’s panicked call to the police. “We’re no strangers to seeing Confederate flags, or getting looks from people when we walk the streets in full drag,” Shangela says. “But to have someone call the police? On Shangela? I’ve traveled the world as a drag diva! I’ve performed for Beyoncé! I’m your family-friendly homegirl! It was a sobering reality of what the real-life experience for a lot of queer people is on a daily basis. Were we shocked? No — we were empowered. It reminded us of the work we needed to do and how important our presence there really was.”

To capture that presence, showrunner and director Peter LoGreco incorporated a cinematic approach to filming the series. “One thing that appealed to me was bringing drag outside of the studio or theater environment,” LoGreco says. “The series then grew out of this idea of drag as this interesting, powerful, entertaining art form that would be a way into these stories about life in rural America.” There’s a stark beauty in the way We’re Here shows drag in unexpected places, not confined to the dark environment of a gay bar. And the performances on the show were filmed entirely as they happened — LoGreco didn’t stop the cameras and have the queens do different takes of their acts. “I wanted it to feel like you were going to a real drag show,” LoGreco says. “That fun, hot energy, sometimes rough around the edges … We wanted something that felt directly experiential.”

While We’re Here is pure entertainment, capturing the playful and vibrant sensibilities of drag, it’s also full of heart — which its three hosts, who also serve as consulting producers, deliver in their collaborations with the series’ subjects. Bob, Eureka and Shangela all say that the chance to amplify voices in the queer community is their objective, and a way to honor the activists and advocates who came before them. “Drag queens have been consistently at the forefront of activism and engaging in moments of progress,” Shangela says.

Eureka also sees the show as a way to reach younger audiences. “That was my escape growing up — watching TV and movies and escaping into other lives. There wasn’t a lot of queer television that was appropriate. That’s what’s so special about this show. It’s fun and it does push boundaries, but it’s also very family-friendly. It’s starting conversations and allowing people to understand what people in our community go through.”

At a time when queerness is more visible in popular culture than ever before, We’re Here reminds its audience of the essential necessity of inclusivity and empathy — and how to use one’s platform to lift up others. “It’s really important for me, in this point in my career and my life, to be a positive voice for change in my community, in my town, in my neighborhood,” Bob says. “I have a direct hand in the queer zeitgeist, and what I’m putting out there has to be something I’m proud of.”