“If you’re one of them, you don’t know what you want. You just do what you’re told.”

With one chilling sentence, we know so much about her… and yet, she still doesn’t have a name. At least, we haven’t heard her name uttered within the show just yet, but ancillary material from HBO gives her the name “Grace,” described in the initial news of her casting as “a seasoned guest in Westworld whose latest visit comes at the park’s darkest hour.” If her short time on the show has told us anything, it’s that Grace is not someone to mess with.

Here’s what we know about the woman at the heart of episode three’s surprising first section:

• Again, meet Grace! She’s a new quantity within the world of Westworld, and may even be a new quantity within the confines of the Westworld corner of the park. With that said, very quickly, it’s clear that Grace is someone who knows her way around the park and how it works, sly enough to figure out the difference between human and host. The way she speaks about her surroundings, Grace makes it clear that she’s well-accustomed to how the Delos operation functions.

• Similarly, while she’s a new quantity within the park, the actress bringing Grace to life isn’t a stranger in the HBO family. She’s played by Katja Herbers, a Dutch actress who enjoyed a brief but important role in the final season of Damon Lindelof and Tom Perrotta’s The Leftovers. Along with Fares Fares (Costa) and Gustaf Skarsgard (Strand), Herbers is one of a few new regulars on board for season two.

• The only person we have met in Grace’s life thus far: Nicholas, played by Neil Jackson. Indeed, he’s barely in Grace’s life at all, as the two only met at the start of this episode. Jackson’s involvement with the show was announced shortly after Herbers was hired to play Grace, with an implication that he would be featured for more than a single episode. Based on how it played out for Nicholas — namely, that he was shot in cold blood by a renegade host — his future is somewhat in doubt. But the way Grace moved on without Nicholas, giving the fallen man no further notice, leaves the door (not the door) open for Nicholas to re-emerge down the line.

• On a related note, Grace appears to be a loner. When we first meet her, she’s sitting alone at a table. Her interaction with Nicholas indicates she’s visiting the park without anyone else for company. The way in which she rushes out into the jungle after Nicholas is shot, without checking on him at all, adds to the idea that she’s someone who is more than comfortable in isolation — or is at the very least used to such conditions.

• Grace is well-versed in the weaponry of Westworld, or at least the weaponry of “The Raj,” the official name of “Park Six.” That much is clear when she takes down a host in quick fashion, and takes on a Bengal tiger, which proves a tougher task. She boasts an impressive stock of firearms, as seen when she invites Nicholas back to her place. Right now, as we’ve most recently left her, Grace doesn’t appear to be armed; based on her ability to survive a fall off a cliff with a flipping tiger on top of her, the lack of munitions shouldn’t be a problem for long. 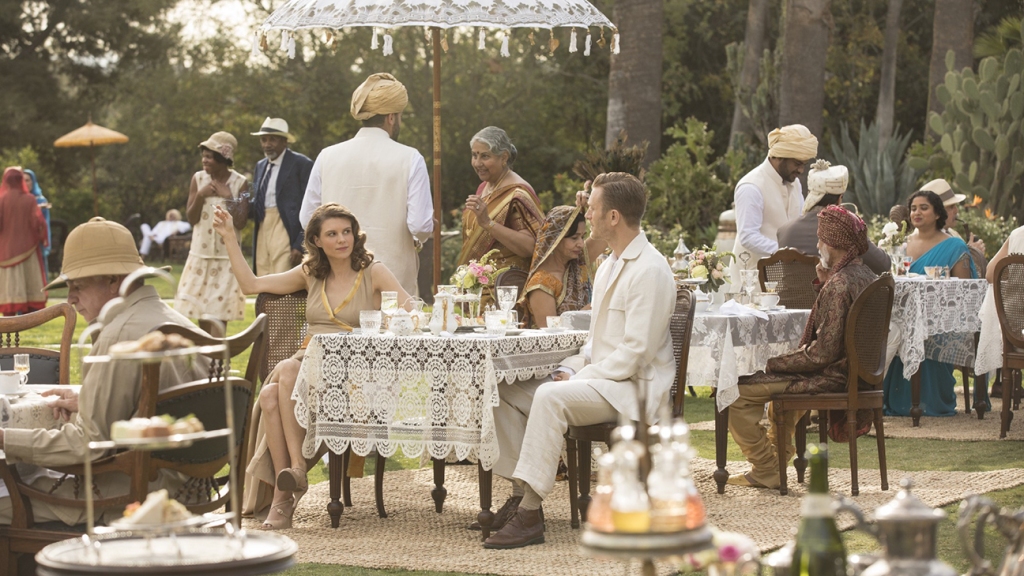 • We first met Grace in The Raj, but it’s likely that she’s at least somewhat experienced in other parks. When she flees from the tiger, she moves between The Raj and Westworld like someone who knows exactly where she’s going. Whoever she meets up with next, Grace could provide a wealth of knowledge about how best to navigate the various parks surrounding Westworld.

• While she might be well-versed in the ways of the park, Grace doesn’t seem to have a lot of love for the hosts. She shoots Nicholas just to make sure he’s not a host, because she doesn’t want to be wooed by someone who doesn’t know what they want and only does what they’re told. In this way, Grace comes across as very similar to the Man in Black (Ed Harris), who grew bored of the hosts’ restricted behavior and wanted to find a game with real stakes. Is it possible that William and Grace know each other, or are going to meet soon? Obviously, “William and Grace” writes itself, so let’s hope so.

• Here’s someone Grace is very likely to encounter soon: Akecheta, played by Zahn McClernon, who joined Angela (Talulah Riley) in episode two on a mission to woo Logan (Ben Barnes) into investing in Westworld. Elsewhere in episode three, Maeve (Thandie Newton) suffers flashbacks to when the Ghost Nation invaded her homestead on the prairie; during that recollection, she sees Akecheta walking just outside her cabins window. With Grace last seen recovering on the riverbank with the Ghost Nation closing in, a further exploration of who and what Akecheta is all about should be coming in due time.

• Two other people Grace may encounter soon: Stubbs (Luke Hemsworth) and Elsie (Shannon Woodward). In the “two weeks later” timeline, Stubbs is well and accounted for, but we still don’t know how he managed to free himself from the clutches of Ghost Nation when they grabbed him near the end of season one. A storyline with Grace and Stubbs could provide that answer. As for Elsie? OK, it’s just wishful thinking that she’s somewhere alongside Stubbs… but honestly, it’s more a matter of impatience. It’s been seven episodes since we saw Elsie last! Seven! More than the amount of episodes she’s actually appeared in! Enough!

• Finally, one more thing that stands out about Grace: her name. Season two has another name with a capital G kicking around: Glory, also known as “The Valley Beyond,” also known as the site of William’s “greatest mistake.” What does Grace have to do with any of that? Maybe something, maybe nothing, but worth beginning the process of musing on how the two might interrelate in the episodes ahead.

What are your theories about Grace? Sound off in the comments section below and keep checking out THR.com/Westworld for more coverage.