[Warning: This story contains spoilers for the eighth episode of HBO’s Westworld.]

After the shocking ending of Westworld‘s seventh episode, in which it’s revealed Bernard (Jeffrey Wright) is secretly a host, virtually every possibility is on the table — and after the latest hour of the HBO drama, it appears another major fan theory is closer to fruition.

Over the course of “Trace Decay,” the eighth episode of Westworld, two different stories inch closer to their desired destinations: Dolores (Evan Rachel Wood) and William (Jimmi Simpson) searching for the center of the maze, and the Man in Black’s (Ed Harris) similar search. Depending on your theory of choice, both of these stories are interlocked, as many fans believe William and the Man in Black are the same person, separated by 30 years of time. While nothing of the sort was outright confirmed in “Trace Decay,” a few new details certainly push the “William in Black” theory further along the path — largely thanks to the return of a familiar face.

James Marsden on Shocking 'Westworld' Cancellation: Show's Fate Should Be Based on "More Than Financial Success"

Here’s how the episode played out: 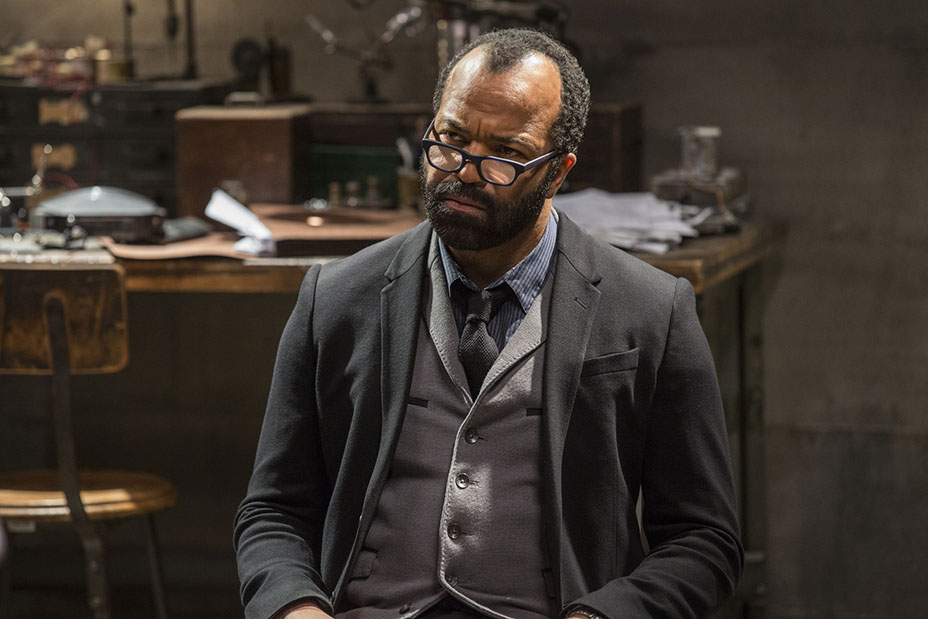 The episode begins with a distraught Bernard, fresh from learning the truth about his existence, not to mention killing Theresa (Sidse Babett Knudsen). Robert Ford (Anthony Hopkins) manages to calm Bernard down, explaining that Theresa sought to undo all the beautiful work accomplished in the park over the years. Ford commands Bernard to destroy any shred of evidence of his relationship with Theresa, including his memories of the relationship.

Ford later meets with Charlotte Hale (Tessa Thompson) and Ashley Stubbs (Luke Hemsworth) about Theresa’s death. Her body was recovered from a ravine, along with a satellite uplink that suggests she was working with outside forces. Clearly, it’s part of Ford’s staging, but Charlotte isn’t able to refute him in the moment. She even agrees to rehire Bernard. But that doesn’t mean she’s without a plan. She later approaches Sizemore (Simon Quarterman) and brings him to the basement filled with decommissioned hosts. There, out of all the possible shells, they settle on Peter Abernathy (Louis Herthum), Dolores’ retired father. Charlotte instructs Sizemore to upload all of Westworld’s elaborate data into Abernathy’s empty brain, and give him enough of a personality to read as human and successfully escape Westworld with all secrets intact. Definitely nothing wrong with that plan.

Who Elsie Did Bernard Hurt?

After clearing all of the information about Theresa, Bernard asks Ford a few more questions about the nature of his existence. His most important question: “Have you ever made me hurt anyone like this before?” Ford offers a very quick “no,” which counters one of Bernard’s memories: He recalls strangling Elsie (Shannon Woodward), missing ever since she started looking into the mole situation. The memories are short-lived, as Ford scrubs Bernard’s recollection of the event, but Bernard’s not out of the woods yet. Stubbs somehow knows about Bernard’s relationship with Theresa, and seems to suspect the scientist might be involved in not only her death, but Elsie’s disappearance as well. 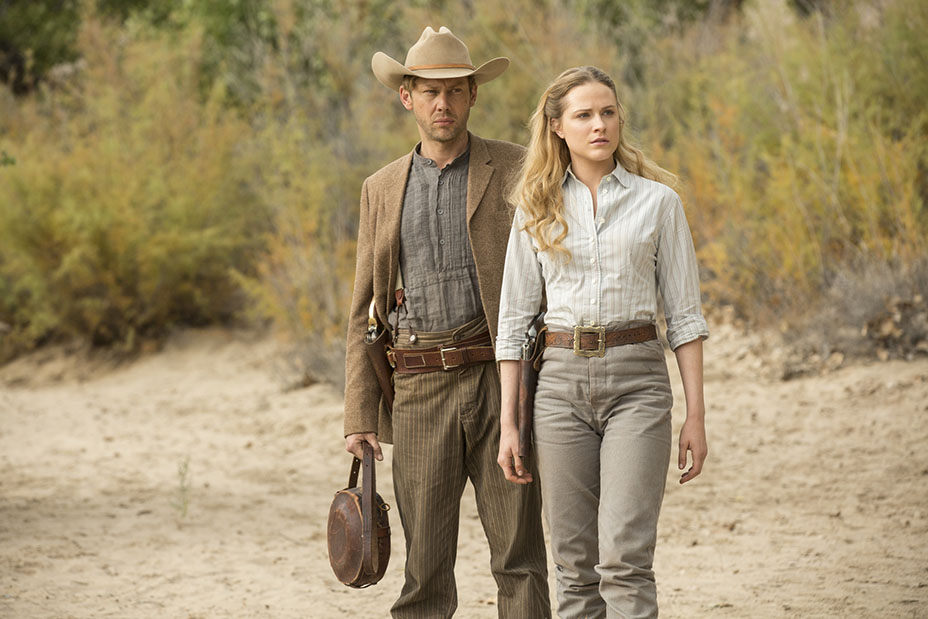 Meanwhile, William and Dolores continue their adventure and discover a bunch of slaughtered soldiers along a riverbank. One soldier remains alive, barely breathing. Dolores wants to revive the man, but William wonders if it’s more humane to let him die — especially since he’s a host and can be brought back online. Dolores goes to fetch the man water, and when she returns, he’s dead. It’s not clear if William euthanized the young host during Dolores’ brief absence, but if he did, it would certainly follow with the Man in Black trajectory.

A Matter of When

Finally, William and Dolores reach the small town she’s seen in her dreams. As she enters, Dolores starts experiencing events across a couple of different possible time periods. It’s clear the town was once a training ground for the hosts, in the earliest days of the park. But it also seems to double as the site where the enigmatic Wyatt unleashed a murder rampage. Dolores even sees herself as a possible perpetrator of the violence. William shakes her out of her vision, but Dolores can’t tell what’s real or not anymore: “Where are we? When are we? Is this now? Am I going mad?” She says that this is what Arnold wanted her to remember — but “whoever Arnold is, he’s not here now. I am,” William assures her. He whisks her away from the village, thinking she’s better off closer to Sweetwater. Unfortunately for both of them, they don’t get very far before running into Logan (Ben Barnes) and his new compatriots. 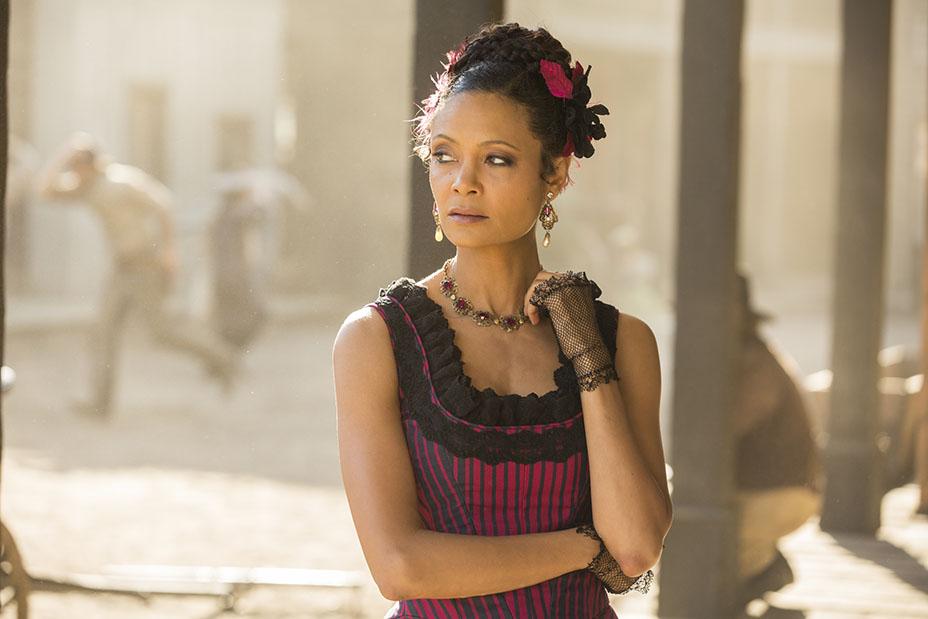 Back in her little loop, Maeve (Thandie Newton) experiences some oddities. For one, there’s a new Clementine, with all of Clem’s quirks and fashion choices, but clearly a different host — and given her current level of intelligence and awareness, Maeve knows the differences all too well. Second, Maeve becomes acutely impacted by memories of her prior build, the life she lived with her young daughter. At the lab, Felix (Leonardo Nam) and Sylvester (Ptolemy Slocum) try to tell her that hosts relive their memories, unlike humans who have hazier recollection. At first, Maeve wants to know more. Then she feels like she’s being played like a puppet all over again. She once again demands that Sylvester and Felix help her make some modifications to aid her escape attempt. Sylvester agrees only because he plans to betray Maeve, but Felix remains loyal to the Mariposa madame, giving her all the upgrades she asks for. One such change: Her core programming preventing her from killing humans has been removed, evidenced when Maeve slices Sylvester’s throat wide open. She gives Felix a tool with which to save Sylvester’s life, not out of the generosity of her heart, but out of necessity. “It’s time to recruit my army.”

Maeve soon shows off another new side of her programming. It seems that she can now reprogram other hosts virtually at will, with nothing more than voice commands. She uses her new influence to get free drinks at the Mariposa bar, to send certain hosts out of harm’s way, to send other hosts into harm’s way, and otherwise manipulate reality for her benefit. She’s about to hitch a ride out of Sweetwater in a wagon, but once again suffers vivid flashbacks to her past, causing her to kill the new Clementine as she re-creates memories of stabbing the Man in Black. As armed men come at Maeve, the madame manipulates some hosts into stepping into the fray and saving her life — just long enough for her to have another pivotal flashback.

Blast From the Past

First, it’s important to understand the Man in Black’s role in the next piece of the puzzle. He and Teddy stumble upon a bunch of Wyatt’s latest victims, including Angela (Talulah Riley), the same host who greeted William back in episode two. “I would’ve thought they retired you,” the Man in Black says, clearly recognizing the woman — yet another incredibly strong reinforcement of the “William in Black” theory. But before we can process that any further, Teddy has a flash of his own, remembering the Man in Black being abusive toward Dolores. With that memory fresh in mind, and with a battle against one of Wyatt’s bigger associates under his belt, Teddy knocks the Man in Black unconscious, and makes him answer some questions later that night. 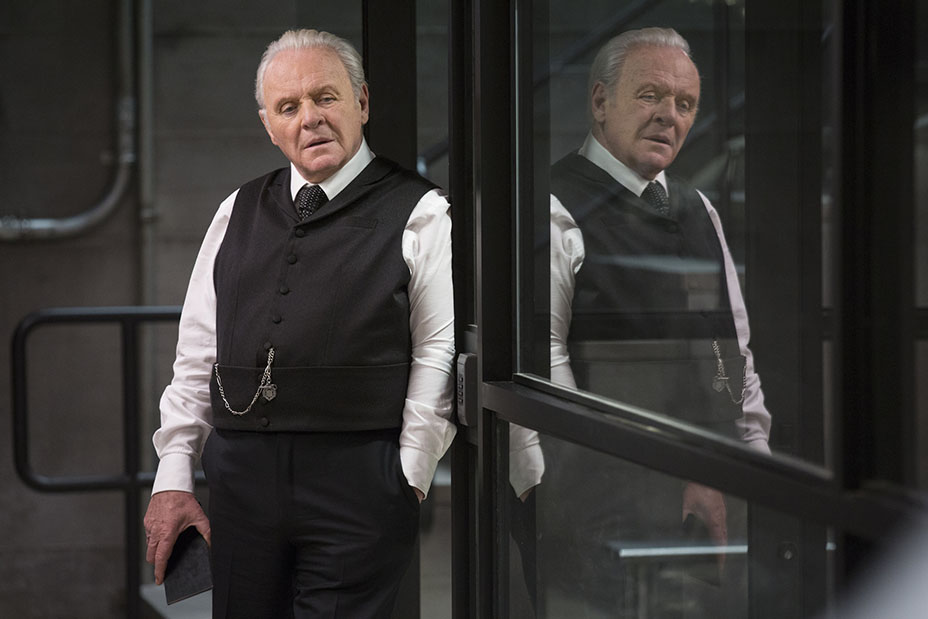 The Man Behind the Man in Black

Although he doesn’t come out and identify himself by name, the Man in Black divulges key details about himself once Teddy asks. Describing himself as “a god, a titan of industry, a philanthropist [and] a family man,” the Man in Black proceeds to tell a story about how his wife of 30 years died one year ago, an apparent accidental overdose. But the Man later learned his wife killed herself, too disgusted knowing about the Man’s secret sinister activities as a Westworld guest. So the Man returned to Westworld to act out a test: He wanted to see if he had it in him to do something “truly evil,” which is why he killed a young girl and her mother — Maeve. In a shocking turn, Maeve actually lashed out at the Man with violence, and the Man watched as a distraught Maeve died with her child in her arms. It’s what inspired the Man to return to Westworld to fulfill Arnold’s legacy: “In Ford’s game, even if I get to the outer edges, you can’t kill me. You can’t even leave a lasting mark. But there’s a deeper game — Arnold‘s game. And that game cuts deep.”

Two final stab wounds to note. First: Maeve recalls her side of the Man in Black’s story, which ended with Ford and Bernard trying but apparently failing to wipe Maeve’s memories and rid her of her grief. She even stabs herself in the throat out of pure anguish. How the scientists eventually wiped Maeve and installed her as the Mariposa’s main madame remains to be seen. The second stab wound: Teddy, shanked with an arrow by Angela, who isn’t one of Wyatt’s victims at all, but actually one of his minions. She tells Teddy that Wyatt will need him back in the fold soon — and as she tells him this, the monstrous shadows of Wyatt’s army emerge from the woods, surrounding Teddy and the Man in Black.