[This story contains full spoilers for the season two finale of HBO’s Westworld, “The Passenger.”]

And with that, we’re officially on the other side of “The Door.”

The second season of HBO’s Westworld concluded Sunday with “The Passenger,” a 90-minute finale written by showrunners and creators Jonathan Nolan and Lisa Joy and directed by series veteran Frederick E.O. Toye. As was the case with the first season finale, the final Westworld installment of 2018 completely changed the game for the genre-bending drama, ending certain characters’ stories in decisive fashion, seemingly killing off others while cleverly leaving the door ajar for their return, and even adding a brand new world into the fabric of the story.

How did “The Passenger” play out? Here, The Hollywood Reporter explains the action-packed and violent events, and makes sense of all the major reveals.

'Westworld' Creator on Season 3: "It's Going to be a Whole New World" 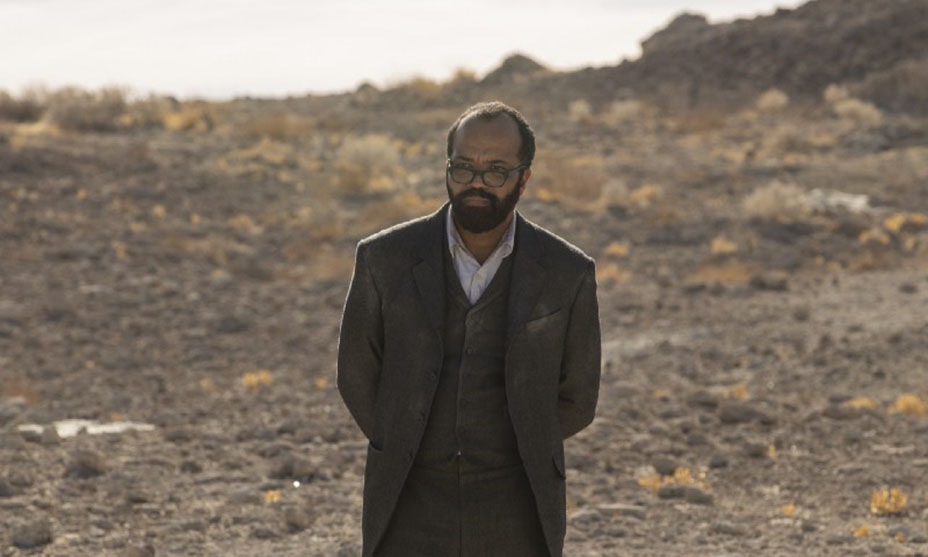 Dolores (Evan Rachel Wood) and Bernard (Jeffrey Wright) both escape the park at the end of the season, after collaborating with one another to take down Delos’ secret quest for immortality. Near the end of the episode, it’s revealed that Bernard’s amnesiac state was of his own doing, an effort on his part to keep folks like Karl Strand (Gustaf Skarsgård) from realizing he had already destroyed all of Delos’ digital consciousness backups.

What’s more, Bernard — who has shot and killed Dolores’ body at this point — resurrects Dolores in a different host body, albeit one with a very familiar face: Charlotte Hale (Tessa Thompson). Referred to within the production as “Halores,” this version of Dolores kills Hale, kills several other high-level Delos employees (including Strand), even kills Bernard, and then manages to escape the park, wearing Charlotte’s face as a disguise.

Out in the real world, Dolores reclaims her body (but not at the expense of keeping “Halores,” though it’s unknown who Tessa Thompson is playing in her final scene of the episode), and also brings Bernard back to life. Both Dolores and Bernard acknowledge each other’s oppositional viewpoints when it comes to humanity — the former wants to kill the species, while the latter pledges he’ll do all he can to stop her — but come to accept each other as a form of checks and balances. The season ends with Bernard stepping out and into the real world for the very first time, a smile on his face as he journeys into daylight. 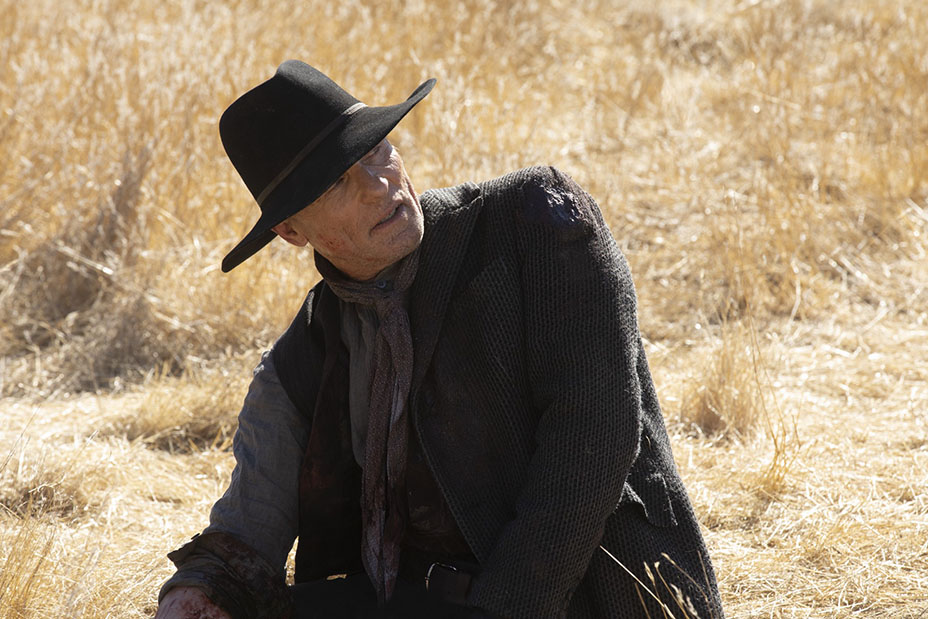 The Machine in Black

In reality, the final scene of the episode takes place after Bernard’s hopeful voyage. A post-credits scene sees the Man in Black (Ed Harris), his hand mangled after a botched attempt to kill Dolores, finally arriving at the destination he’s sought all season long — and it’s not at all what he or we were expecting him to find.

The Man in Black steps out of an elevator and into a desolate version of The Forge, the same location where much of the finale’s action takes place. Its ruined state makes it clear that the scene takes place quite some time after the main events of the season finale. The Man in Black is halfheartedly surprised to see a woman in the wrecked place: Emily (Katja Herbers), or at least a host who looks a whole lot like his daughter. At first, he believes he’s inside the simulated realm he helped create. Emily insists he’s still in the park, and it quickly becomes clear that the Man in Black has just reached the end of a loop he’s followed numerous times before — meaning, this version of the Man in Black isn’t a man at all. He’s of the same mechanical mold as the James Delos (Peter Mullan) human-host hybrid seen earlier this season, on a seemingly endless quest toward “fidelity.”

It’s a massive reveal, albeit a confusing one. Does this mean the Man in Black wasn’t human after all? Not the case, according to creator Lisa Joy tells The Hollywood Reporter, who clarified that the post-credits scene takes place at some point after the main events of the finale. Exactly what has the Man in Black become in this future timeline, when exactly does this future timeline take place, and when can fans expect to see more of it? Those are the questions worth asking as we look ahead toward the previously announced third season. 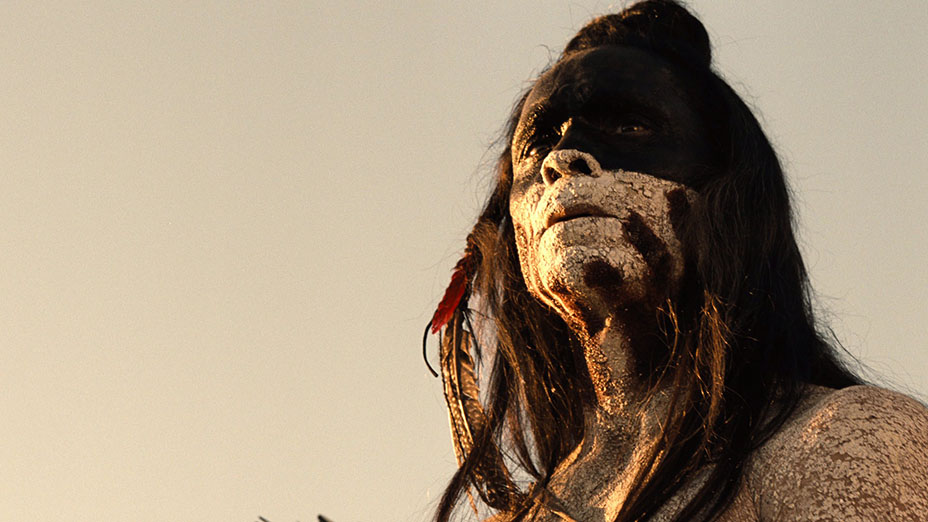 What lies in the Valley Beyond? Westworld finally delivered an answer, one that aligns with how both Akecheta (Zahn McClarnon) and Dolores viewed the mysterious place. It is both a weapon in terms of the information it possesses about human nature and history, as well as a new world for the hosts to dwell in — a digital realm that can only be accessed by the hosts themselves.

Much of the finale focuses on Akecheta and his fellow travelers barreling toward this new realm, which is known as “the Sublime,” according to Joy. They are able to pass into the Sublime by literally running through a digital door, abandoning their bodies and transferring their consciousness to this new place, totally untouched by mortal dwellers.

Akecheta is among the many hosts who manages to make it to the Sublime, where he’s allowed a heartfelt reunion with the long-lost love of his life, Kohana (Julia Jones). While Maeve (Thandie Newton) doesn’t cross over into the new world, she’s able to ensure her daughter’s passage into the Sublime.

Initially, Dolores intends to destroy the world, viewing it as nothing more than another manmade trap. Bernard shoots and kills Dolores’ body, stopping her from taking such drastic action. Later, after he and Dolores thwart the Delos powers-that-be, Dolores exhibits a change of heart toward the Sublime. She punches in a set of coordinates and sends the virtual world into a place where no one else will ever find them, all but guaranteeing their safety.

What’s more, Dolores uploads one additional soul to the Sublime: Teddy (James Marsden), whose “pearl” remained intact even after he shot himself in the head at the end of “Vanishing Point.” 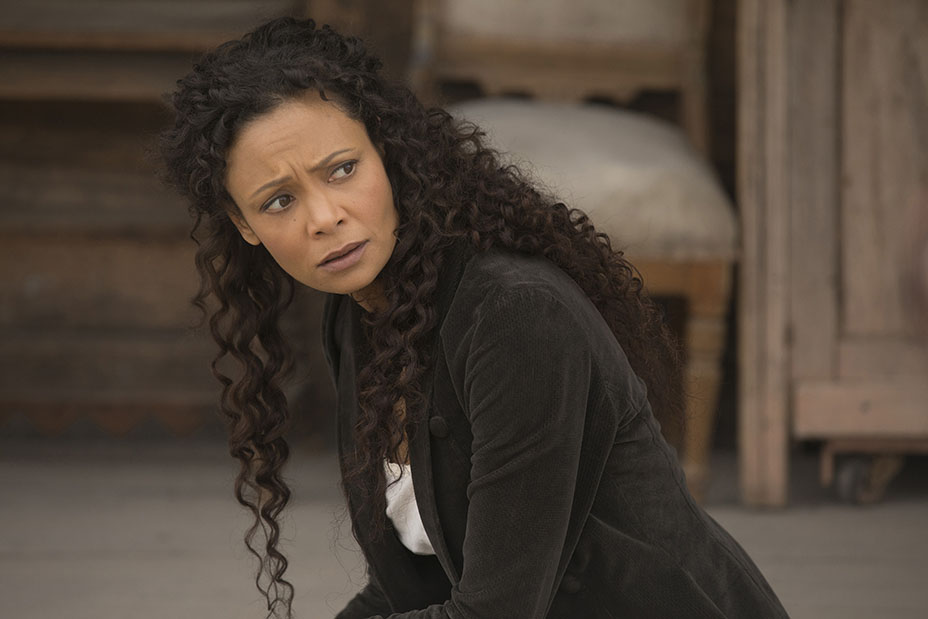 Several characters died during the season finale, some more permanently than others.

The highest-profile casualty: Maeve. Thandie Newton’s all-powerful host was gunned down in battle as she attempted to buy time for her daughter’s escape. She succeeds at the expense of her own life, falling to the ground with a smile on her face. Also killed in the same battle: Hector (Rodrigo Santoro), Armistice (Ingrid Bolso Berdal) and Clementine (Angela Sarafyan), the latter of whom was being used by Delos as a weapon to manipulate the hosts into destroying each other. For anyone who can’t fathom a version of Westworld without Thandie Newton in it, you’re in luck: both Felix (Leonardo Nam) and Sylvester (Ptolemy Slocum) survive the season, and it’s strongly implied that they will successfully bring Maeve back online.

The same can’t be said for someone else who spent much of his time with Maeve this season: narrative director Lee Sizemore (Simon Quarterman), who sacrifices his own life in order to save Maeve and their friends. Sizemore finds full redemption in his final moments, buying Maeve and the others time to escape, monologuing his way to the grave with the speech he once wrote for Hector all the way back in the series premiere. The full speech, below:

“If you’re looking for a reckoning, a reckoning is what you’ll find! If you’re looking for a villain, then I’m your man! But look at yourselves. This world you build is bound by villainy. You sleep on the broken bodies of the ones who were here before you. Warm yourselves with their embers! Plow their bones into your fields! You paid them for this land with lead, and I’ll pay you back in full! You wanted me? Well, all I can say to that is … here I fucking am!”

Another death on the human side of the aisle: Elsie Hughes (Shannon Woodward). The would-be dentist confronts Charlotte about Delos’ digital immortality project, threatening to go public with the story. The threat backfires, literally, as Charlotte shoots and kills Elsie right on the spot. Elsie’s murder helps push Bernard into action against Charlotte, directly leading to her death at the hands of “Halores.” At the very least, there’s some justice where Elsie’s concerned.

Finally, while he was already dead before the season even began, the ghost of Robert Ford appears to be well and fully gone. Having purged Ford from his system in “Vanishing Point,” Bernard desperately tries to conjure the man’s spirit again in an effort to take down Charlotte and the others. At first, it seems that Bernard successfully finds Ford again, but it’s later revealed that this version of Ford is nothing more than a memory — and in order to protect his plan, Bernard needs to damage his own memories, which means he needs to say goodbye to Ford one last time. It leads to Ford’s final scene of the episode, and quite possibly his final scene of the series, as he and Bernard both stare out at the sunset in the distant horizon.

“I’ve always loved this view,” says a wistful Ford. “Every city, every monument, man’s greatest achievements will be chased by it … the impossible line where the waves conspire. Where they return. A place maybe you and I will meet again.”

And with that, Ford is gone, at least for now — but who knows what the future holds? The answers reside somewhere off in the horizon, as the sun sets on Westworld and the long wait for season three begins.

What did you think of the season two finale? Sound off in the comments section below, and keep checking THR.com/Westworld for more coverage.