Westworld fans, bring yourselves back online.

The hosts and guests return for another stroll through the park on April 22 with the season two premiere of Westworld, from creators Jonathan Nolan and Lisa Joy. “Stroll through the park,” of course, is a very mild way of describing what’s about to ensue: violent delights galore, as the hosts finally make their move against their human oppressors. If the first season was a matter of hosts finding their way toward consciousness, the second season sees the journey continuing into night in the form of a fight: hosts versus humans, unbreakable loops versus unbreakable will, with the occasional samurai thrown in for good measure.

Given the sprawling and complex nature of the way in which Westworld unfolds, not to mention the length of time between the most recent episode and the coming season premiere (a year and change, for those keeping score), it’s worth taking stock of what’s come before. With that said, here’s an overview of the main players of Westworld — where they last left off, and where they’re likely heading in season two. 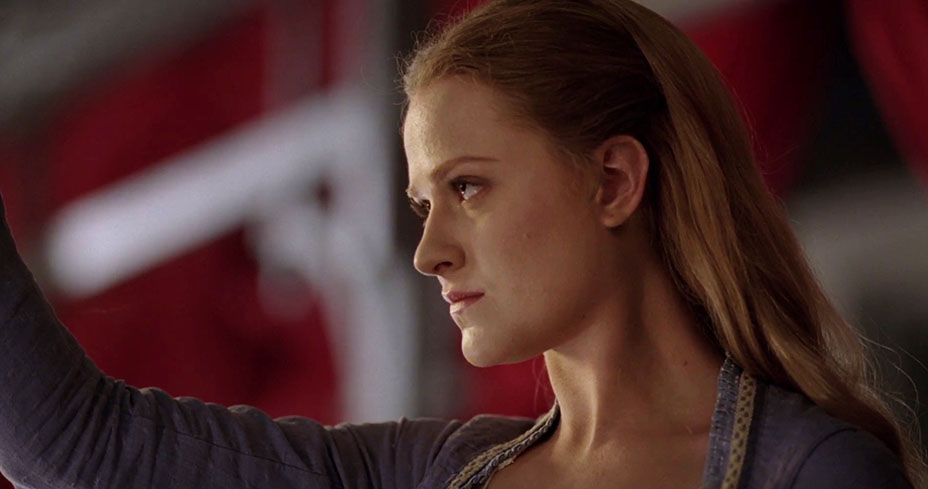 Last seen: Gunning down the guests gathered in Escalante, beginning with Robert Ford.

Prediction for the season: Is she Dolores? Is she Wyatt? Is she someone in between? No matter what comes next from Evan Rachel Wood’s revolutionary hero, a trail of bodies are bound to be left in the wake. The very first trailer for season two featured Dolores on horseback, wearing an ammo belt and pumping lead into fleeing guests. Given the way humans have treated the hosts throughout the series thus far, it’s going to be hard not to root for Dolores during her campaign, but it’s worth keeping an eye out for any “strange ideas” that surface from her bloodthirsty Wyatt build. 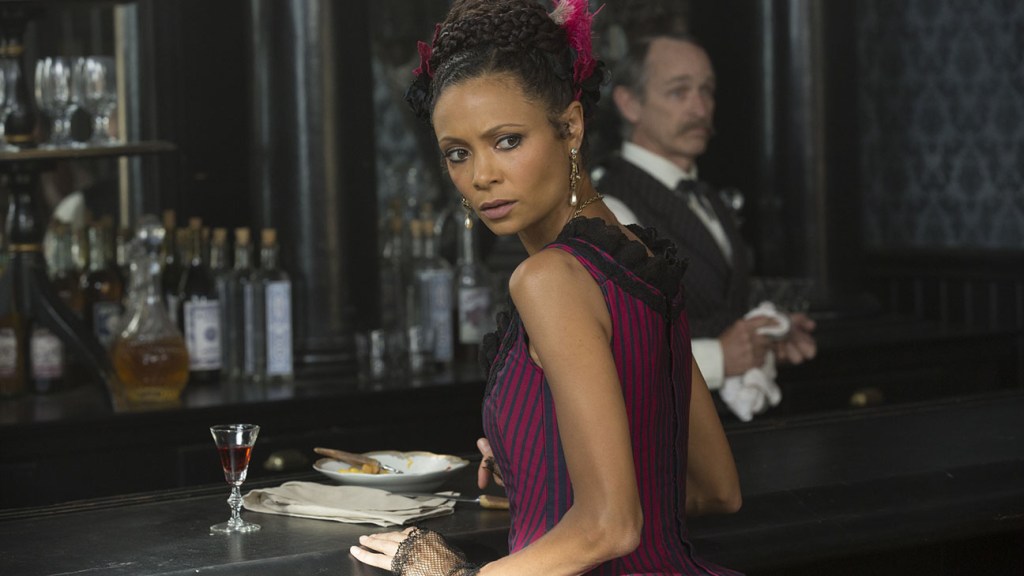 Last seen: Deciding at the last minute to abandon her plans to escape the park, fueled by a desire to find her daughter.

Prediction for the season: Shogun World! Less a prediction, and more a guarantee based on what we have seen in the trailers for season two: Maeve wandering through Shogun World, one of the new parks set to be introduced in the episodes ahead. Is her daughter trapped somewhere in this strange new land? Quite possibly. It’s a step forward into dangerous new waters, to be sure, but there’s very little someone with Maeve’s self-enhanced attributes can’t handle. 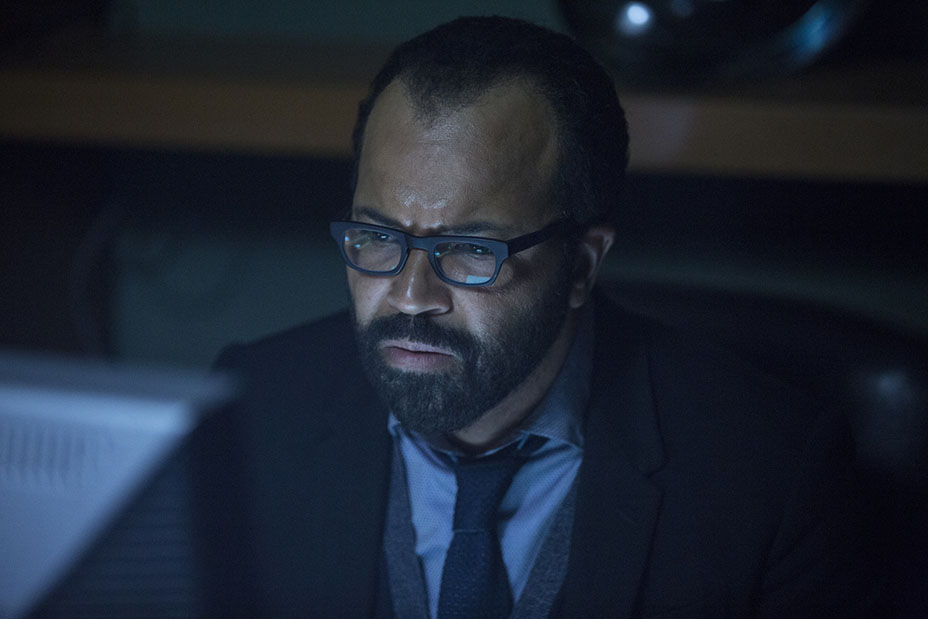 Last seen: Experiencing one final conversation with Robert Ford, before all hell broke loose in Escalante.

Prediction for the season: One of the most exciting prospects heading into the new season is Bernard’s reconciliation with his nature as a host. The reveal came toward the end of the first season, and so far, the show has only scratched the surface of Bernard’s reaction to his true self. Beyond Bernard, Wright also plays Arnold, the late Westworld co-founder who had (and likely still has) a deep connection with Dolores. Expect Wright to further flesh out both of his characters in the episodes ahead. 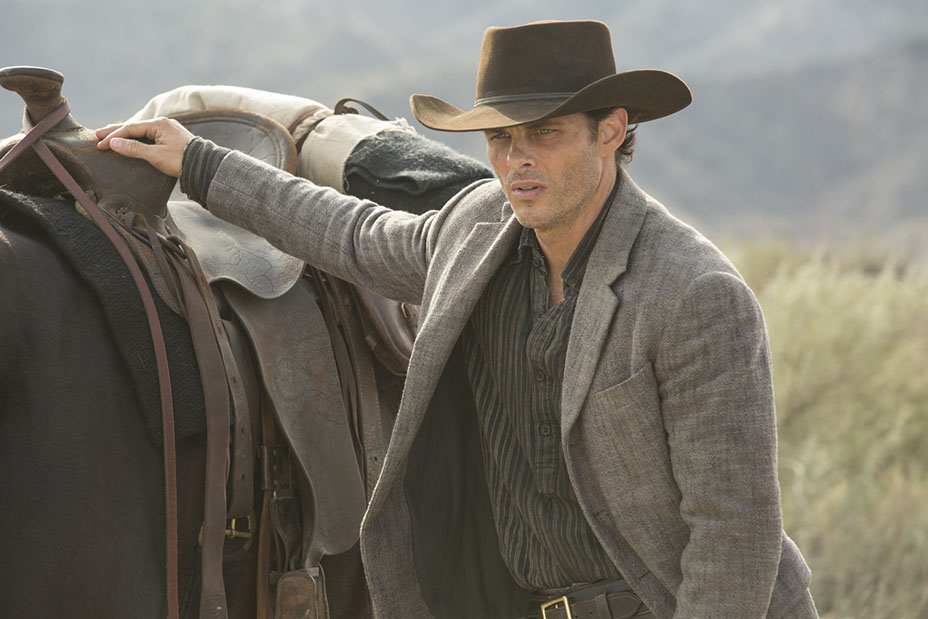 Last seen: Watching in a mixture of awe and horror as Dolores turned her gun out against the guests.

Prediction for the season: In the trailers for season two, Teddy rides alongside Dolores in her various vengeful pursuits. But will Teddy always ride by her side? His place in the Wyatt mythos suggests otherwise, as Teddy has been positioned against his old friend who ventured off into the wild and returned with “strange ideas.” Despite his love for Dolores, will Teddy be able to abide an overabundance of violence toward the guests? For the sake of a more dramatic narrative, it feels like a safe bet that Teddy and Dolores won’t see eye-to-eye all season long. 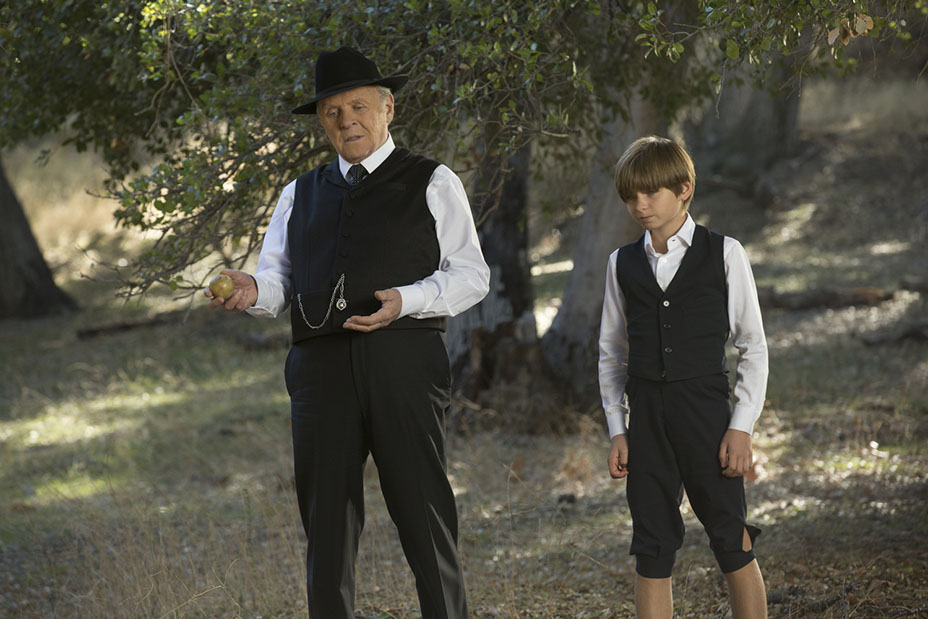 Last seen: Losing his life at the hands of Dolores.

Prediction for the season: While it’s very likely we won’t see Hopkins himself in season two, it’s almost unthinkable that we won’t feel Ford’s presence in some way, shape or form. In his final words, Ford talks about how dying is nothing more than becoming music, which seems to tip a future direction for the character: his power over the park blending in seamlessly with the park itself, as the hosts become the masters of his own creation. Expect a huge role from Ford in season two, then, even if it’s not of the traditional flesh-and-blood variety. 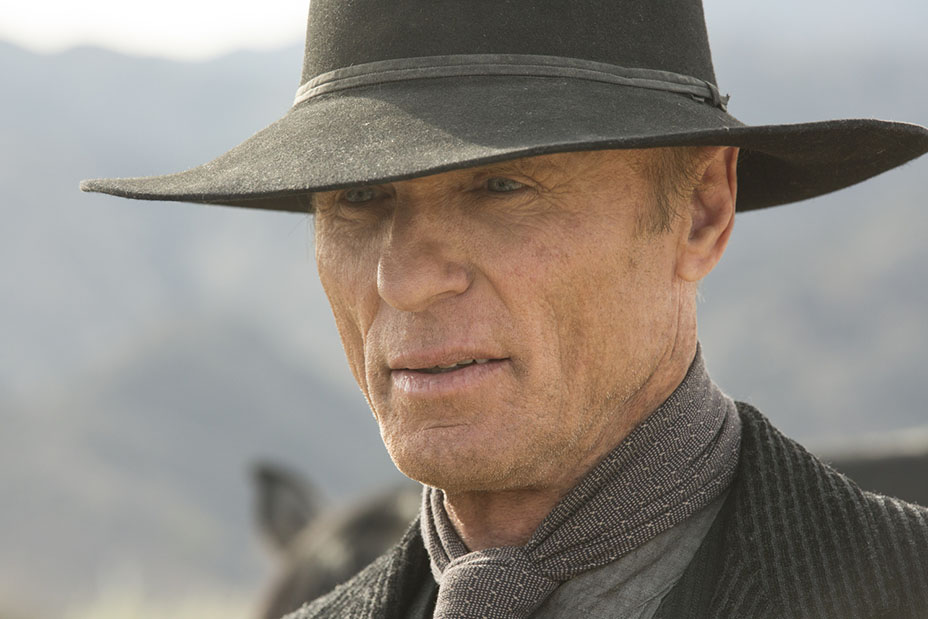 William, the Man in Black

Played by: Alternately by Ed Harris and Jimmi Simpson

Last seen: Sustaining a gunshot wound to the arm, and looking oddly happy about that prospect.

Prediction for the season: First of all, expect to call the man by his proper name: William. Now that there’s no more dancing around his secret identity, there’s no need to be quite so enigmatic in speaking about the Man in Black — although, it remains a great name for the gunslinger, so we’ll be using them interchangeably. In terms of his role in the greater arc, William is one of the few recognizable human faces currently in the game. With the hosts embarking on a quest to fulfill their own destinies, William is still on hand to stand in their way. Then again, few people were rooting harder for the safety to come off than William in season one; will this violent force of nature become an unexpected ally in the robot revolution? 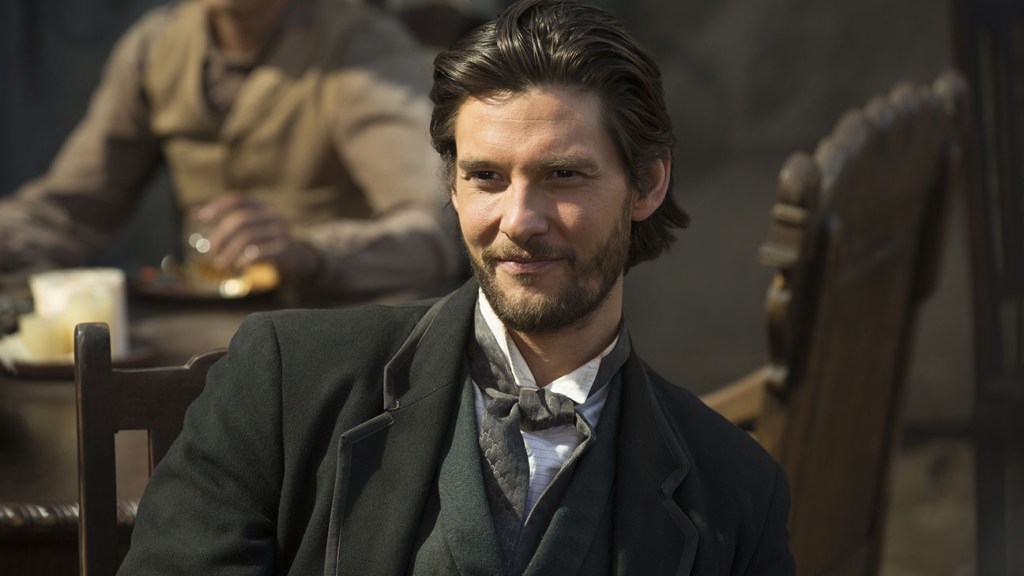 Prediction for the season: Considering the fact that his storyline took place several decades before the main events of season one, it’s likely we will only see Ben Barnes in flashbacks. Now that we know the big twist surrounding the William and Logan story, both versions of the characters could be in for a reduced role in season two. But there are theories that Barnes could appear as a host version of Logan in season two, not to mention another actor stepping into the character’s shoes ala Ed Harris as the older version of William. Both possibilities are firmly on the table heading into the new run of episodes. 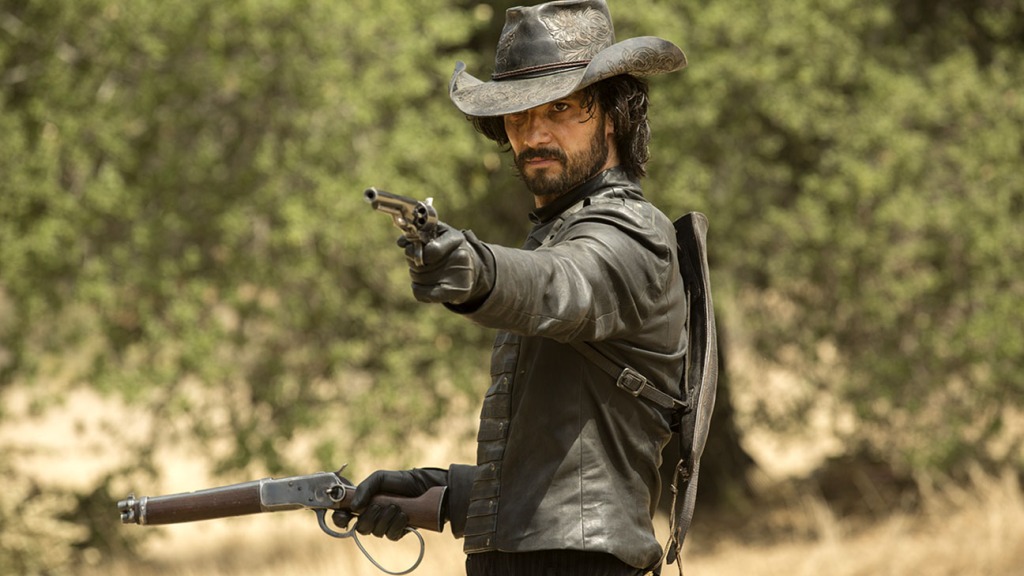 Last seen: Shooting up as many Westworld security guards as humanly (hostmanly?) possible.

Prediction for the season: Murder, mayhem, and plenty of it. 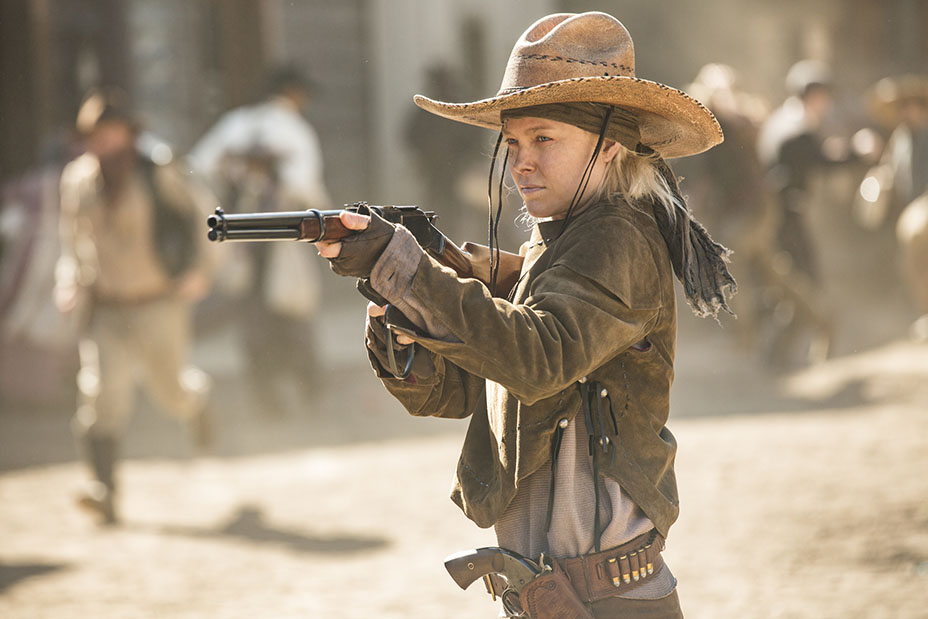 Last seen: Cutting off her own arm in order to kill more people.

Prediction for the season: Even more murder, even more mayhem, and more than plenty of it. 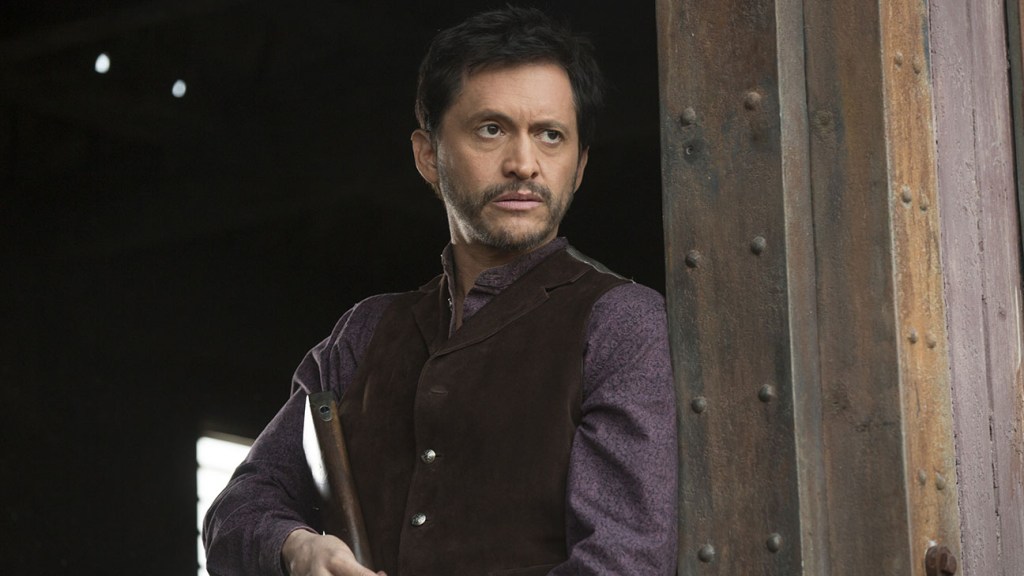 Prediction for the season: We could debate the list of Westworld‘s best duos ad nauseam, but if Lawrence and the Man in Black don’t come near the top of the pile, we’re simply not speaking the same language. Whether it was with Simpson’s William or Harris’ more seasoned version of the character, Lawrence spent the entirety of his first season riding alongside the Man in Black. For the sake of returning to one of the best dynamics of the entire show, here’s hoping the two old friends (and occasional adversaries) ride together again in the season ahead. 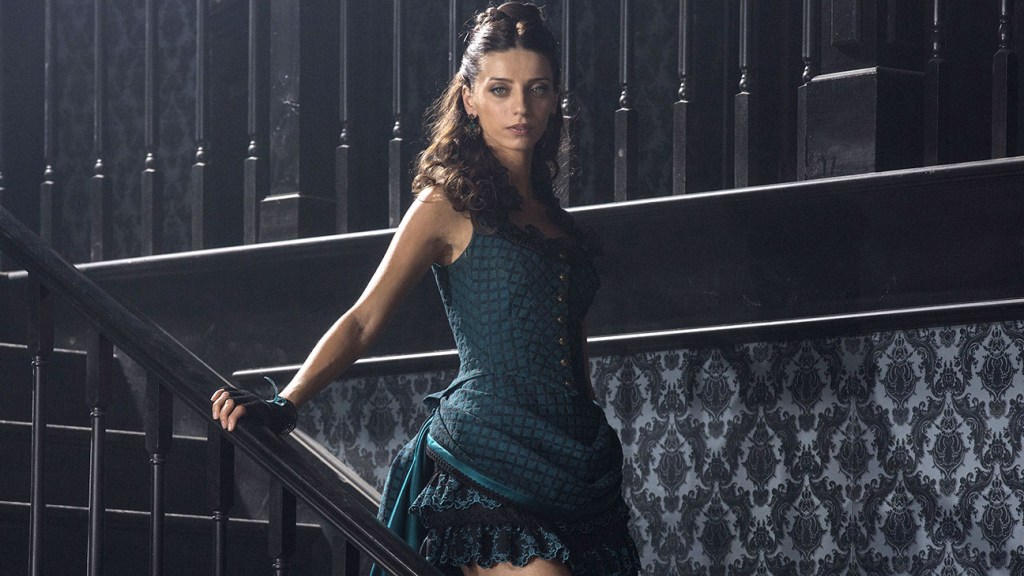 Last seen: Launching a bullet right into the Man in Black’s arm.

Prediction for the season: Clementine was lobotomized near the end of season one, so while we can certainly expect to see more from Angela Sarafyan in season two, it’s far from certain that the version of the character will be the same as the one we knew before. It’s sad on one level. On another? Zombie Clementine was pretty fearsome in her final season one scene, in which she and other hosts fired bullets off at the Man in Black, right on the outskirts of the Escalante rebellion. 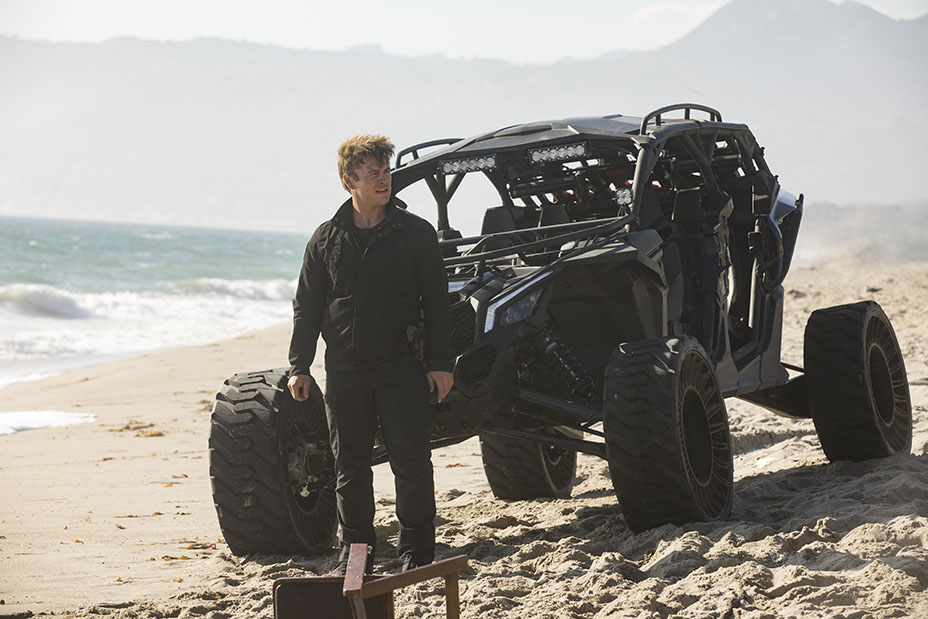 Last seen: Getting tackled by members of Ghost Nation.

Prediction for the season: Images and trailers for season two see Stubbs riding alongside Bernard in security vehicles, indicating that whatever bad business befell him at the end of the first season will be quickly dealt with in the new episodes. Given the show’s current status quo, we’re bound to lose at least one or two human characters this season — and given his line of work, Stubbs should be considered a top contender for any season two death pool. 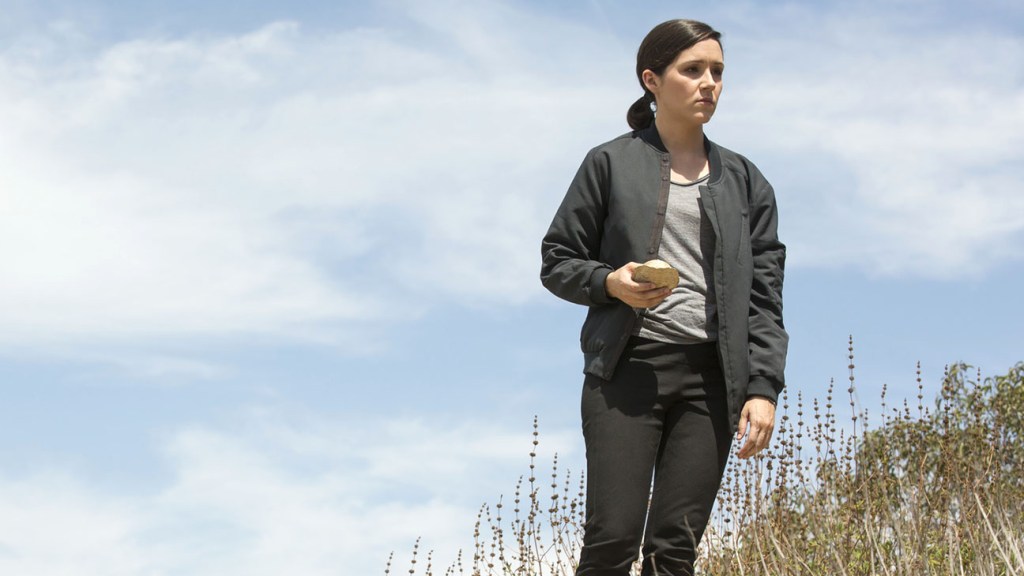 Last seen: Getting tackled by… somebody?

Prediction for the season: There are a few theories surrounding Elsie’s current whereabouts. There’s what the show suggested: Bernard captured or even may have killed her, which will lead the robot scientist toward her location in season two. There are wilder possibilities to consider, such as Elsie linking up with Ghost Nation and using them to capture Stubbs, knowing that she’s going to need him given the current situation with the hosts. In the end, it’s very difficult to predict what’s next for the straight-shooting behaviorist. For all we know, she could first turn up in Shogun World next season… which, come to think of it, is a pretty fun prospect indeed, if only because it increases the odds of an Elsie and Maeve buddy duo. 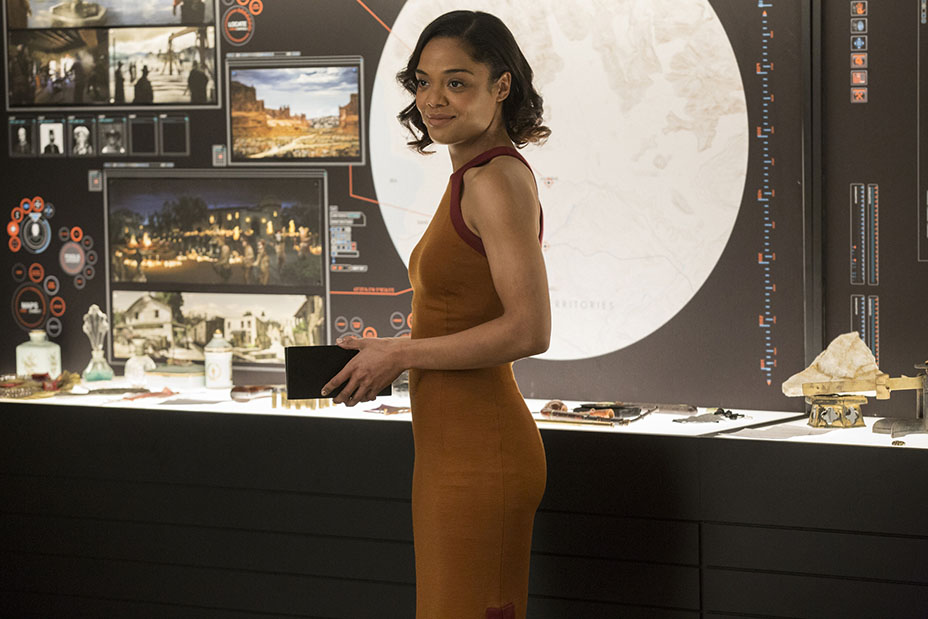 Last seen: In Escalante, and therefore on hand for the start of the robot revolution.

Prediction for the season: With Theresa Cullen (Sidse Babett Knudsen) dead, Charlotte has stepped in as the show’s most recognizable Delos board member. She’s sure to have her hands full with the hosts’ rebellion, but there’s also the matter of the top-secret intellectual property both Charlotte and the Delos board at large have been secretly lusting after. Assuming she survives the initial Escalate massacre (which doesn’t feel like too big of a leap), Charlotte could be the key to unraveling some of the park’s darkest secrets in season two. 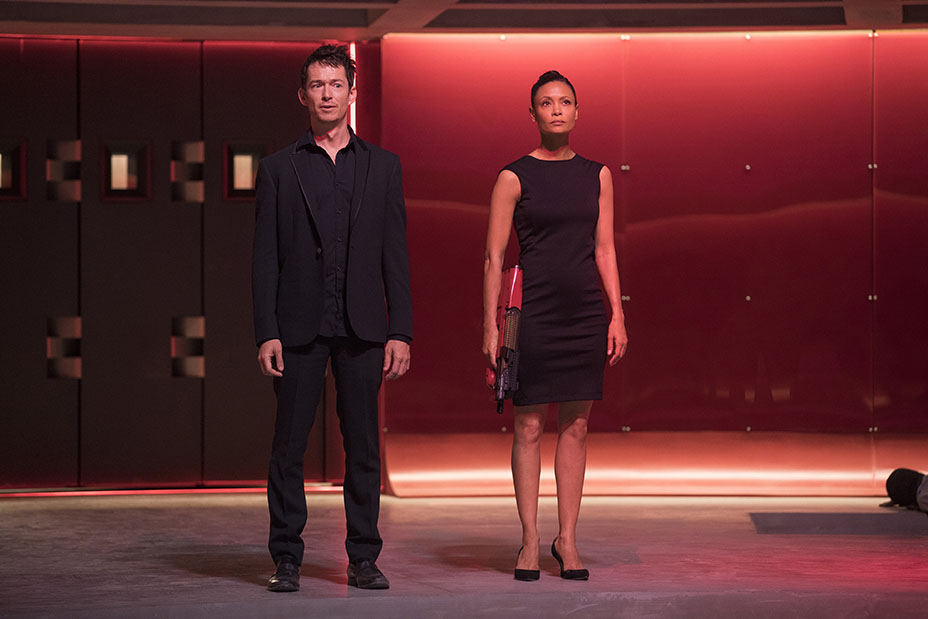 Prediction for the season: Humans have to die this season, right? Put Sizemore right at the top of the list in that regard. His only saving grace: the self-absorbed storyteller has been seen hanging out with Maeve in promotional material for season two, which suggests he has a much more interesting role to play this season than the “woe is me” whining he displayed all through season one.

What are your predictions for the Westworld cast this season? Sound off in the comments below and keep following THR.com/Westworld for more coverage.