In truth, Robert Ford (Anthony Hopkins) never truly died. Like so many composers before him, he simply became music. The transformation from corporeal creature into something significantly more ethereal became official and pronounced in the closing moments of “Phase Space,” as Bernard (Jeffrey Wright) learned the truth: Ford lives on, albeit digitally, thriving within the Cradle at the heart of the park.

Is the veritable return of Robert Ford a huge turn for Westworld? Absolutely. Is the sight of Hopkins’ face in the reflection of the player piano among the biggest shockers of the series? Without question. But was it a completely unanticipated development? Certainly not. Indeed, showrunners Jonathan Nolan and Lisa Joy have carefully laid the track for Ford’s comeback, through both overt and subtle means.

For one, this is not Ford’s first appearance in season two. The young host meant to resemble Robert as a child emerged in the season premiere, squaring off against the Man in Black (Ed Harris); the boy spoke with all the wisdom and swagger of the late Westworld creator, informing William all about the newest game. A mere episode later, Ford spoke again, this time through the avatar of El Lazo, played by Breaking Bad and Better Call Saul actor Giancarlo Esposito. In “The Riddle of the Sphinx,” Ford speaks again, by way of Lawrence’s daughter. Factoring in “Phase Space,” Ford has spoken in four out of six season two outings thus far; it’s like he never truly left. 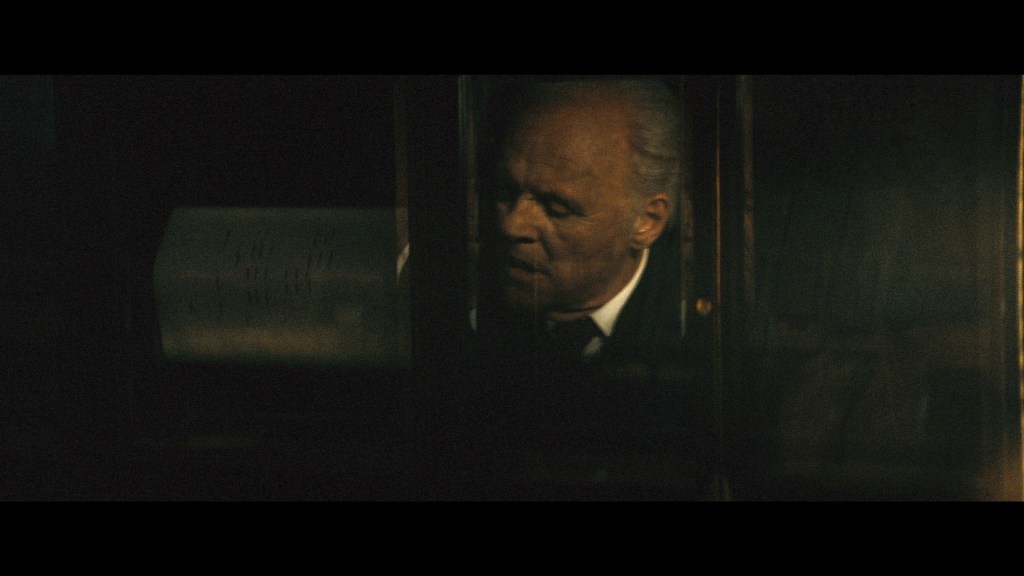 In fact, it’s almost like Hopkins never truly left, either — because he hadn’t. The actor’s voice and likeness is heard and seen in the very first scene of season two, episode two, “Reunion.” In the moment, Dolores (Evan Rachel Wood) stares out into the bright city while Arnold (Wright) and Ford argue about her readiness to participate in the sales pitch that ultimately draws Delos into the Westworld game. A younger Ford’s reflection is seen in that scene; it should have been a big clue that Ford would make a proper return a few episodes further down the line.

Even the cast and crew have had some fun teasing out the possible return of Ford over the last few weeks. For example, Peter Abernathy actor Louis Herthum spoke with The Hollywood Reporter ahead of the season premiere and dropped a fake spoiler about the coming episodes: “Doctor Ford was not killed. That was the host that he was baking down in the basement. He sent his host out to actually take the bullet to the head. The reason you should have known it was the handshake between him and Bernard. That clue that you could tell a host by their handshake? That should have clued you in.”

Herthum was one of many actors who weighed in on our request to provide “anti-spoilers,” and while his pitch doesn’t seem likely to come true, we now know it carries at least a hint of truth: Ford’s still alive, even if his body is well and truly dead. What happens next? That’s a song for another time.

Let us know your thoughts on the theory in the comments section below, and keep checking THR.com/Westworld for more.