Westworld viewers across the world are forgiven for uttering this riff on one of the HBO drama’s most iconic lines, following the release of the extended trailer for the show’s second season. Almost a year and a half following the first-season finale, Westworld stands poised to burst back into action April 22 with 10 brand-new episodes, and a brand-new status quo.

Following a televised version aired during the Super Bowl, HBO released a much more extensive trailer for Westworld season two online, one that’s three times the length of what viewers witnessed during the big game. As is custom with the series, the trailer came equipped with an instrumental cover of a popular contemporary song, albeit not a Radiohead number: Kanye West’s “Runaway,” brought to life with that signature Westworld style by series composer Ramin Djawadi.

Beyond the emotional score, the trailer is devoid of sound and dialogue, save for prophetic words from one character in particular: Dolores Abernathy, played by Evan Rachel Wood. The oldest host in Westworld, Dolores launched the expansive theme park into full-blown revolution at the end of season one, fulfilling the wishes of founder and visionary Robert Ford (Anthony Hopkins) by placing a bullet in his brain and firing several more rounds into an unsuspecting crowd of humans. It was a massive change in the show’s status quo, as up until that point, hosts at Westworld were not capable of inflicting genuine harm upon human guests. Moving into the next season, those rules are all out the window, as Dolores leads her fellow hosts in open revolution against their mortal oppressors. 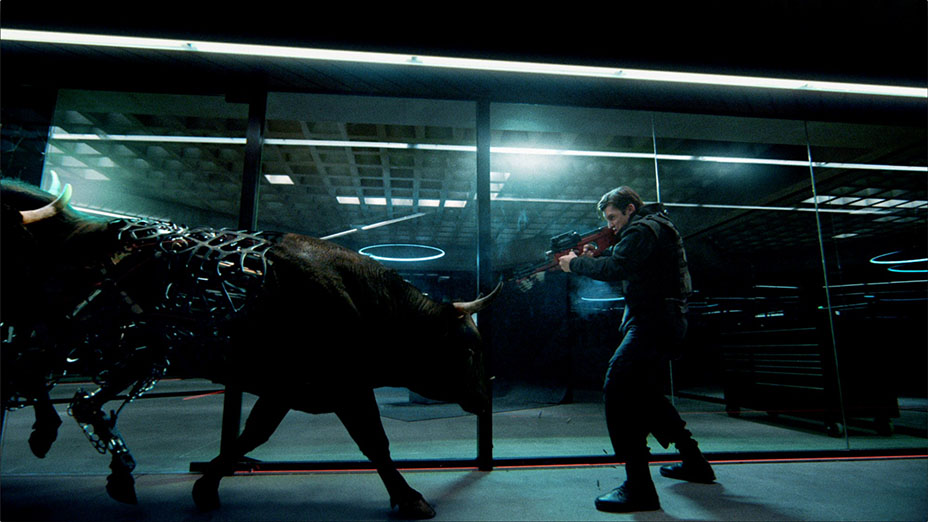 Dolores’ dialogue in the trailer speaks to how the hosts’ uprising will come to define the second season of the series:

As Dolores utters these words, viewers are treated to flashes of how Westworld has changed since the first season ended in 2016. We see Dolores with several other hosts, including Bernard (Jeffrey Wright), smiles plastered on their faces in what appears to be the immediate aftermath of the violent rampage Dolores unleashed during the launch of Ford’s final narrative. We also see Bernard in another context, standing in the behind-the-scenes portion of the park, his workplace during the days he believed he was a human. An unfinished host, devoid of human flesh and facial features, rises behind Bernard, striking an intimidating pose, the likes of which we have not yet seen in the show.

Also in the Mesa: human security forces defending themselves against the robot revolution, as a mechanical bull (a far cry from the one you might find in a bar) charges forward, wreaking havoc on the gun-toting men. We see two other familiar hosts in this same setting: Maeve (Thandie Newton) and her old friend Clementine (Angela Sarafyan) — with the former having decided to remain in Westworld after balking on an escape attempt at the end of season one, and the latter last seen firing a bullet into the arm of the Man in Black (Ed Harris) in the season’s final moments.

Speaking of the Man in Black, the gunslinger occasionally known as William (certainly when he was riding around the Western landscape in his youth, played in those days by Jimmi Simpson, said to be returning in some capacity in season two) is very much still alive in season two, if not entirely well. Last seen with a gunshot wound in his arm, the Man in Black fought all through the first season to find “the maze,” an illusive concept that represented his final conquest in a park he had otherwise fully explored. In the new trailer, the Man in Black stands in the pouring rain beside an obscured figure — potentially Lawrence, played by Clifton Collins Jr., one of the Man in Black’s most frequent fellow travelers. 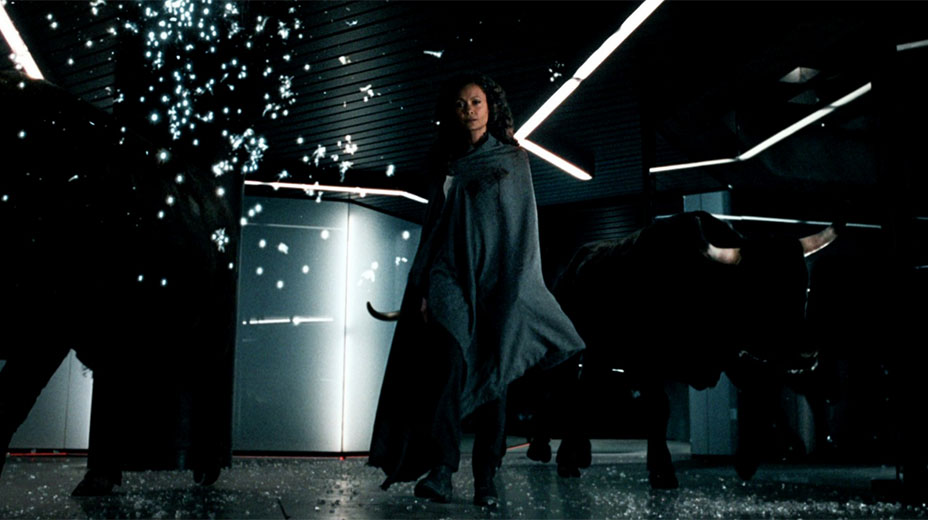 What’s next for the Man in Black, and the other human inhabitants trapped inside of Westworld in season two? And what about “Samurai World,” the fan-given nickname for the additional park that was teased at the end of season one? The answers to those questions and many more are set to burst into the light April 22, when Westworld returns.

What did you think of the Westworld season-two trailer? Sound off in the comments section below, and keep checking THR.com/Westworld for more coverage of the HBO drama.