[This story contains spoilers through the season two premiere of HBO’s Westworld.]

With their show so shrouded in secrecy, the makers of Westworld have made the surprising decision to pull back a big chunk of the curtain.

Following the season premiere, HBO released an extensive preview of what’s ahead in season two of the robot drama from Jonathan Nolan and Lisa Joy. Even at roughly one minute in length, the look ahead contains several revealing glimpses into the futures of Dolores (Evan Rachel Wood), Maeve (Thandie Newton), Bernard (Jeffrey Wright) and the Man in Black (Ed Harris), not to mention their pasts. Just as the premiere episode, “Journey Into Night,” closed out by raising more questions than it answered, so too has the trailer for the next nine episodes announced a litany of inquiries — many of which likely weren’t even on the mind until the revealing trailer.

Below, some of our observations from the glimpse at what’s ahead, presented in the same order the images appear in the trailer:

Dolores and Bernard are together in a setting that’s very foreign to the Westworld we know and love. Is it another park — CityWorld, perhaps? Some sort of hologram? The world outside of Westworld? Hard to say, but the reflection of apartment lights in the windows confirms that two of the show’s foremost hosts will be hitting urban territory at some point on season two.

Season two comes equipped with an unofficial subtitle: “The Door.” Early in the trailer, we see Dolores put her hands against a wall filled with intricate carvings. Just as the maze of season one was both a mental exercise and a physically represented hand puzzle, is it possible that Dolores has found the physical “door” that Ford (Anthony Hopkins) has pitched to the Man in Black as the object of his new game? 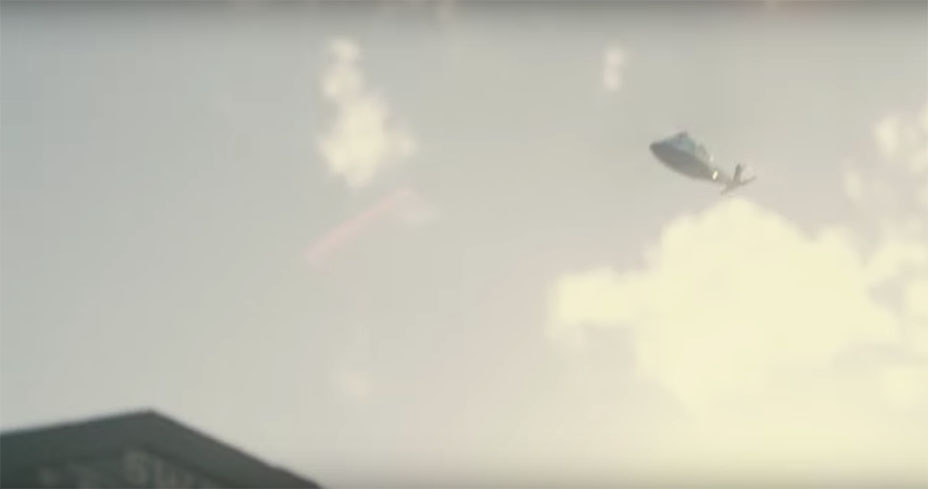 What’s great about this shot is where it starts: the camera lingering on Dolores, before panning up and holding on a helicopter arriving in the park. A great indication of how the show plans to subvert so much of the iconic imagery from the first season.

We see the Man in Black at a few different points in the trailer, but one of his earliest appearances gives us a sense of what’s coming up for the character in season two: a reunion with Lawrence, played by Clifton Collins Jr., seen standing here with the Man. El Lazo rides again! 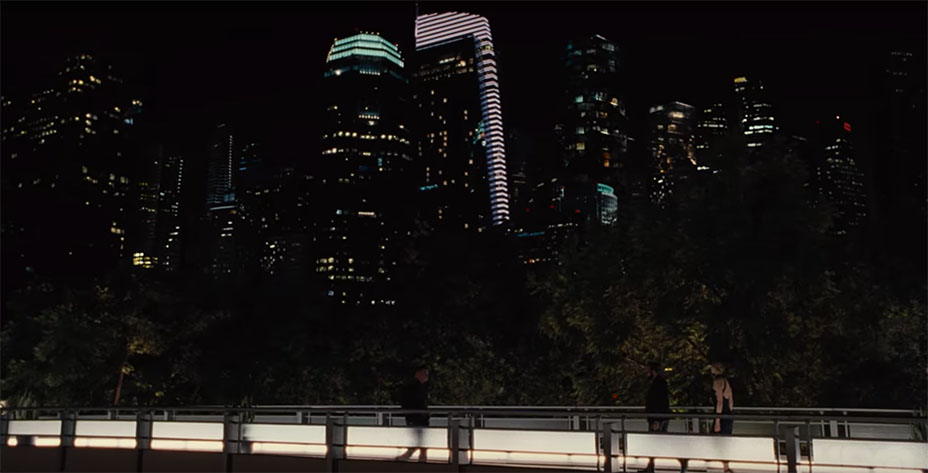 Refer back to our first image: Bernard and Dolores, out in a futuristic cityscape, a sign that the scope of season two extends beyond both Westworld and Shogun World.

7. The New Man in Charge

Meet James Delos, played by Peter Mullan, whose casting was revealed some months ago. As the man with the name on which the park is based, it’s reasonable to assume Delos has a huge role to play in the greater narrative of season two.

This is a brutal image: Jimmi Simpson’s William all buttoned up, looking on at Dolores like she’s little more than a plaything. A far cry from the emotionally vulnerable William of season one, this is a man who is ready to go all the way in on the black hat.

The season premiere made a meal out of the phrase: “The Valley Beyond.” Wherever it is, is it the same place Bernard is spying in this shot — and if so, is this the place that’s about to be flooded by a sea that shouldn’t exist?

Zahn McClarnon of Fargo and Longmire fame stands front and center in this shot of the Ghost Nation tribe, the same group that tried to attack Dolores, William and Lawrence in season one — and the same group that abducted Stubbs (Luke Hemsworth) as well. That said, the “two weeks later” timeline makes it clear Stubbs won’t be in Ghost Nation custody for long. 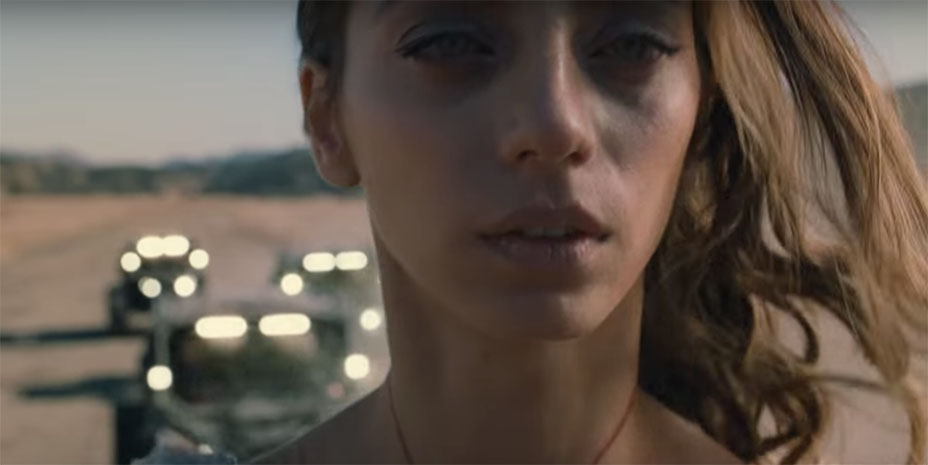 Another person making a break for it this season: Clementine, played by Angela Sarafyan, seen here in the trailer riding away from security forces. Whether or not she’s still Clementine, given the lobotomy she received in season one? That’s a matter for future debate.

Maeve’s season two story arc looks like it’s revolving around her search for her daughter. The trailer makes it seem like her mission will be accomplished at some point in the coming episodes, but that’s ignoring the ways in which hosts experience memory; it’s equally likely that we’re seeing Maeve remember a prior build.

14. The Master and the Student

But who is the master, and who is the student? It depends entirely on which version of Jeffrey Wright we’re seeing in this image. If he’s playing Arnold, he’s the human in charge. But when it comes to the hosts, Dolores knows herself far better than Bernard understands his own place and purpose, judging purely by the premiere. The relationship between these characters is one of the most exciting prospects of the season, without a doubt.

Tether this one back to “the valley beyond,” as Tessa Thompson’s Charlotte Hale looks to be setting out onto the body of water that should not exist within the park. If our theory about who killed the hosts holds water (no pun intended, genuinely), then we’re thinking this could be one of the last Charlotte Hale sightings in all of Westworld.

We already saw how the Man in Black survived Dolores’ assault on Escalante. Why are we seeing him wearing the same tuxedo he wore that night? There’s more to reveal still from that dreaded evening, based on this image of William wearing his Delos board best.

We have waited to see what lies ahead in this brand new park since the very end of season one, and now we have one of our very best teases to date: Thandie Newton’s Maeve, sword in hand, ready for battle. Whatever awaits in Shogun World? As long as it involves sword-wielding Maeve (and therefore sword-wielding Hector Escaton), bring it on.

What do you make of the new look at Westworld season two? Sound off in the comments section below, and keep following THR.com/Westworld for more coverage.