So… did these violent delights have violent ends, or what? Westworld creators Jonathan Nolan and Lisa Joy delivered their answer to that question (and more) on Sunday in the form of “Crisis Theory,” the season three finale of the HBO genre-bending drama.

All season long, Westworld followed Dolores (Evan Rachel Wood) and various other versions of the character (most prominently played by Tessa Thompson, as her Dolores dug deeper and deeper into her life as Delos bureaucrat Charlotte Hale) warring toward a better future for her fellow robots. Along the way, she went up against some of her usual adversaries — Maeve (Thandie Newton), Bernard (Jeffrey Wright) and the Man in Black (Ed Harris), to name three — but also came up against and aligned with two new human faces: the all-powerful Serac (Vincent Cassel) and everyman Caleb Nichols (Aaron Paul).

Heading into the finale, Dolores was down one arm but nonetheless on the edge of victory, putting Caleb in a position to break bad against his own species. How did “Crisis Theory,” directed by Jennifer Getzinger and written by Denise Thé and Nolan, resolve that cliffhanger? The short answer: with a violent end indeed, packed with twists and throwbacks to past seasons aplenty. For the longer answer, continue onward. 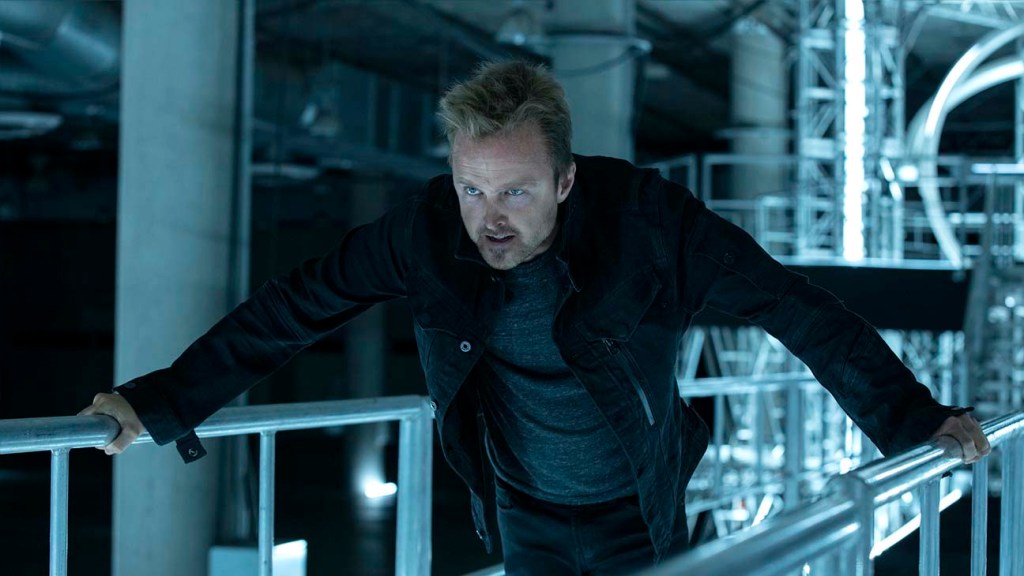 The Westworld season finale includes the apparent demises of two characters, though the way is paved for both of them to continue on in some way, shape or form: Dolores and the Man in Black. As individuals, they are the highest-profile casualties on the board. On a grander scale, the bigger deal is the apparent destruction of Rehoboam, the supercomputer tasked with keeping mankind on the rails. Overpowered by Dolores in one of her final acts, the tag team of Caleb and Maeve work together to shut Rehoboam down, putting humanity on a path to actually making its own decisions once and for all.

'Westworld' Season 3 Finale: What's Next After That Shocking Post-Credits Sequence?

The finale charts Dolores’ journey from Mexico, where she and Caleb rendezvoused with Rehoboam’s predecessor Solomon, to her eventual collision with Rehoboam itself at Incite. As it turns out, her plan all along wasn’t to cause mankind’s extinction, but to save humanity from itself and follow in the footsteps of the hosts: left to break away from their old loops and find free will on their own. In that effort, Dolores makes a sales pitch to Maeve, one of the final hosts who has yet to claim a side.

“So many of my memories were ugly,” Dolores tells Maeve. “But the things I held on to until the end weren’t the ugly ones. I remember the moments where I saw what they were really capable of. Moments of kindness, here and there. They created us. And they knew enough of beauty to teach it to us. Maybe they can find it themselves. But only if you pick a side, Maeve. There is ugliness in this world. Disarray. I choose to see the beauty.” 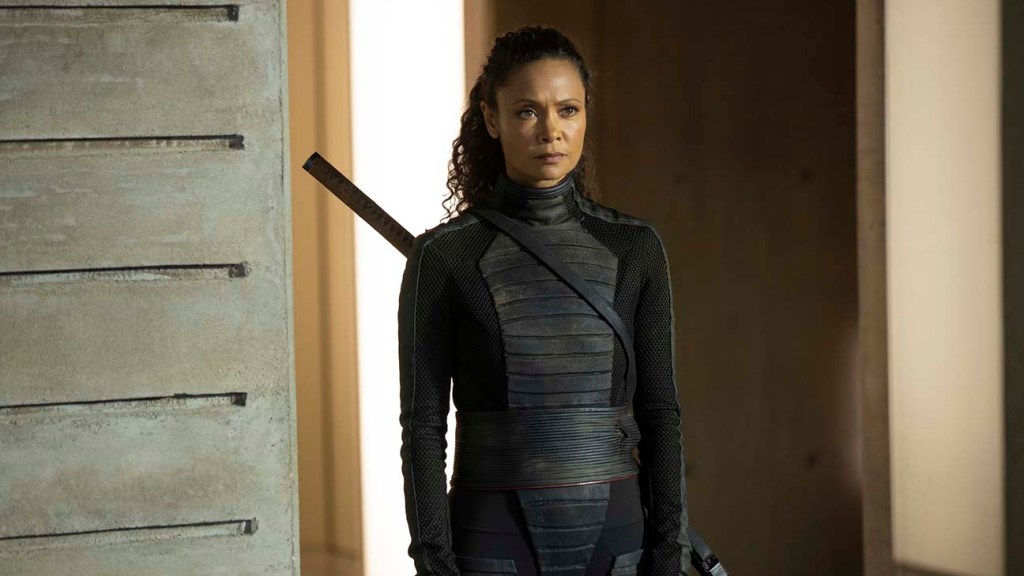 The reason Dolores handpicked Caleb as her collaborator in the war against Rehoboam: She knew him once upon a time. It’s revealed that Caleb and his fellow soldiers once trained at Park Five, a section of the grander Westworld park. Caleb stopped several of his fellow soldiers from assaulting Dolores and the other hosts. According to Maeve, Dolores saw moments in Caleb where he was both violent and generous, meaning he’s someone with the ability to choose. In the end, Caleb chooses to force Rehoboam into deleting itself, leaving humanity untethered. The pre-credits events of the finale end with Caleb and Maeve watching as Los Angeles succumbs to explosives.

“Are you ready, darling? This is the new world,” she tells him, “and in this world, you can be whoever the fuck you want.”

Dolores’ body remains, but her memories are wiped in the process of toppling Rehoboam. Late in the episode, Bernard seemingly confirms Dolores’ death, saying they once shared a connection that he no longer senses. Whether or not Wood will remain on the series remains unknown, though in a series where death is rarely permanent, it’s hard to imagine the renewed fourth season continuing on without her.

'Westworld' Star Ed Harris on His Twist-Filled Season 3 Storyline: "It Was Hard to Enjoy"

Regardless, in the original Dolores’ stead stands someone new: the robot Charlotte Hale, born as a copy of Dolores, now someone else entirely. In a post-credits scene, the Man in Black travels to a faraway Delos site, where he encounters Charlotte in the depths of a research lab. There, he comes face to face with someone entirely unexpected: himself. Satisfying the final beats of season two, an artificial version of the Man in Black, covered head to toe in his gunslinging regalia, emerges and murders the human William. The result: William is dead, but Harris gets to continue on as the Man in Black, news that’s almost certainly music to the actor’s ears.

The post-credits sequence continues beyond the Man in Black of it all. The final image: Bernard, waking up in a motel room, covered in post-apocalyptic dust, firing back up online after who knows how long spent in “the Sublime,” the digital world where Teddy (James Marsden) and others have dwelled ever since the season two finale. What secrets will Bernard be bringing back into the world, and what shape is the world in? The answers lie ahead somewhere in the valley beyond — also known as season four.

'Westworld' Season 3 Finale: What's Next After That Shocking Post-Credits Sequence?