These violent delights have violent ends,” according to the hosts at the heart of Westworld. But to hear creators Jonathan Nolan and Lisa Joy tell it, there’s no end in sight to their trippy, dark fantasy.

The HBO drama, which earned 21 Emmy nominations, ended its second season in explosive fashion, including two of the core robot revolutionaries (Evan Rachel Wood as Dolores and Jeffrey Wright as Bernard, both of whom received acting nominations) escaping the Western-themed park at the heart of the show. With season three set to take place at least partly if not largely outside of Westworld proper, Nolan and Joy stand at the edge of uncharted territory — or “terra incognita,” as Joy is fond of describing it.

Nolan and Joy, the married duo responsible for bringing the genre-bending drama to life, spoke to THR about the show’s surprising second run and why the next season will be a fresh start, in many ways.

How did reactions to season two recalibrate your understanding of the show?

JONATHAN NOLAN It’s funny because the project really originated with Lisa and me sitting alone in a room thinking about what Michael Crichton was thinking about 40 years ago and then trying to build on it. These things always start as a private enterprise; at a certain point, you have to show it to an audience. The reception was obviously incredibly exciting, and the level of engagement from people. And we know that our show requires people to lean forward a little bit and pay attention and maybe hold off on going to make that sandwich for another five minutes.

How much are you willing to divulge about your vision for season three, now that so much of the action looks set to take place outside of the park and the Western setting?

NOLAN I think it’s a radical shift. What’s compelling and appealing about these characters is that they’re not human. As we said in the show, humans are bound by the same loops the hosts are, in some ways even smaller. You couldn’t expect human characters to withstand and survive the kind of story that we’re telling. The hosts have a different version of mortality, a different outlook. I think clearly with Dolores, as she’s laid out, there is a longer view here, a larger set of goals. They’re existential. They span eons. And that’s a fascinating level of story ?to engage in.

NOLAN Yeah. And that’s terrifying and exciting in equal measure. I’m just thrilled that we have this incredible group that we’re working with to build it. 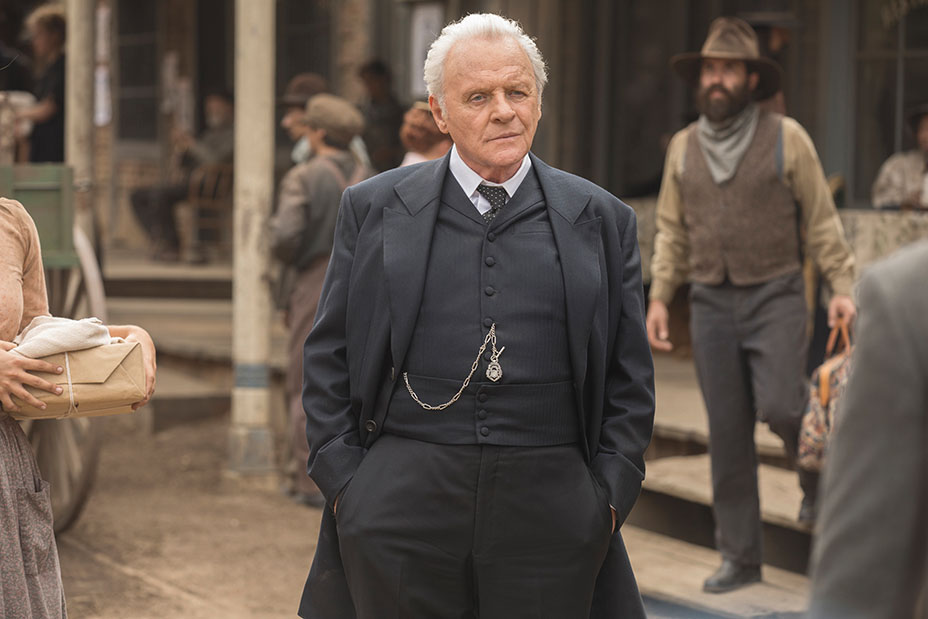 Clearly, you have a road map ?for the story, but how much room ?do you leave for detours? ?For instance, with Tessa Thompson, did you already know exactly who she’s playing in season three when you killed her initial character at the end of season two?

JOY Absolutely, and it’s ?something we’re really excited about, especially because Tessa ?is such a fun, amazing and versatile actress. When you have someone like her, it just opens up limitless possibilities. So we always knew that we were going to do this reveal and let her expand into this new role. We have a very diabolical arc for her planned out. Part of the fun for the character will be self-realization. She will be realizing the things we know about who she is. 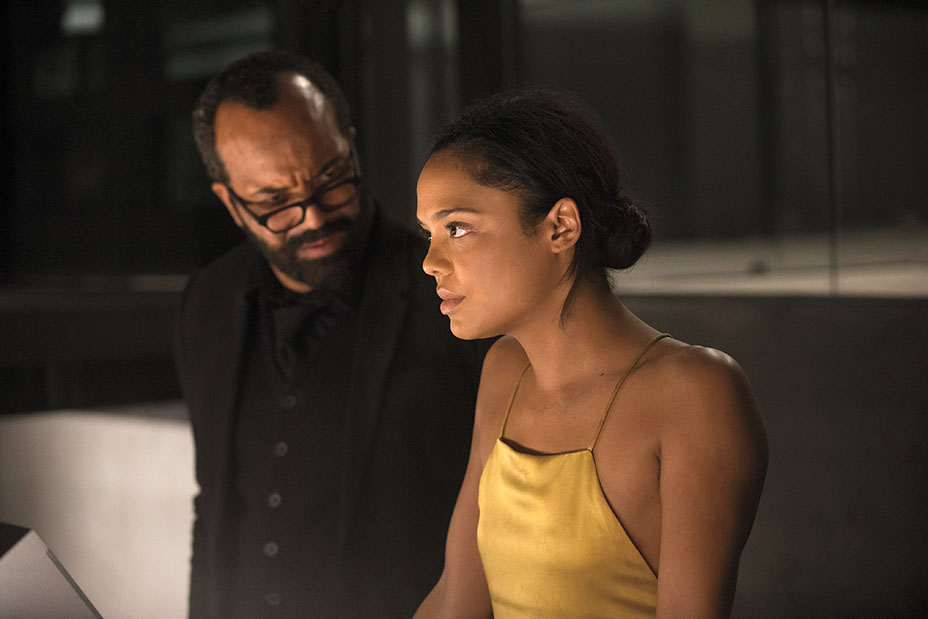 What was the most unexpected response you’ve gotten to this season?

JOY It’s funny because I’ve gotten more personal responses to this season than anything I’ve ever written, with people reaching out independently, and one of the things that has touched me deeply is hearing from people who have been trapped in loops in their lives that they’ve struggled desperately to get out of, whether they’re cycles of violence or cycles of addiction.

NOLAN Look, it’s a fictional show. It’s about fucking killer robots, right? You know you’re into that genre space, but for us, it’s also about human behavior, and one of the things I think is that we’re all looking at the world, which ?is ever more incoherent every day. All of us are struggling with human foibles and this feeling that we’re backsliding. Are we retrenching from a global ?community? Are we backsliding ?into war again after a long ?peace? When people talk to you about finding things in this ?very heightened show simultaneously in the future and the ?past, how it speaks to them about human behavior and about things they’ve struggled with, that’s very powerful. 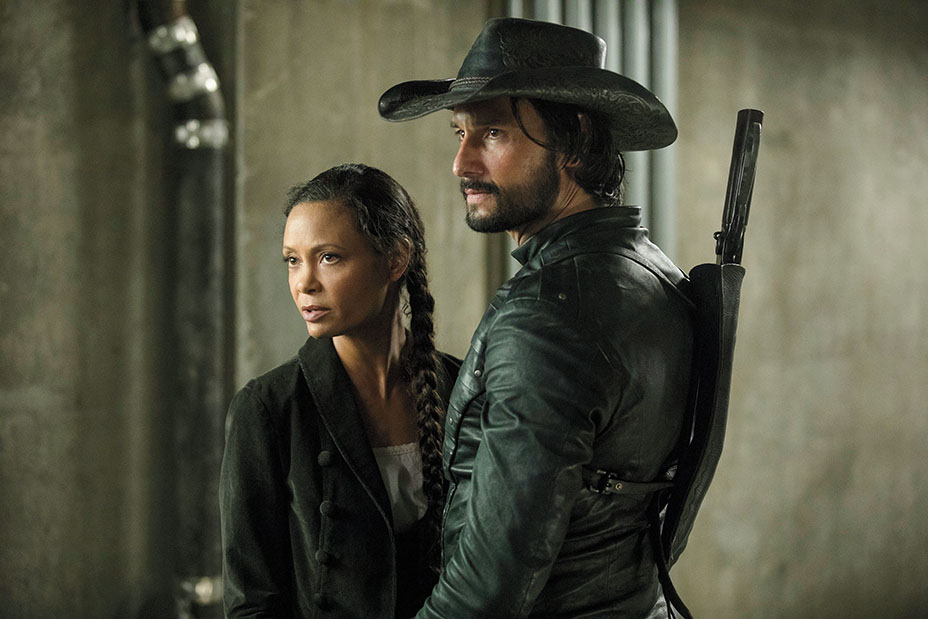 Ahead of the debut of the sophomore season of Westworld, creators Jonathan Nolan and Lisa Joy posted a lengthy note on Reddit in April saying that they would reveal the season in its entirety to loyal fans on the platform. The video they later posted begins with Jeffrey Wright’s Bernard waking up on a beach, looking confused. He’s then back on a train to Westworld, where he finds Evan Rachel Wood (who stars as Dolores) singing Rick Astley’s “Never Gonna Give You Up.” The rest of the video features a puppy sitting at a piano. Needless to say, it was all a trick. Why? “It’s hard not to be charmed by a group of people who are putting as much time into thinking about your show as you did,” Nolan told THR. “So we felt like the best way to celebrate that was to fuck with them a little bit.”

“Largely suffering at the hands of men in season one, the women ?in Westworld get to be in charge for a change, and they haven’t forgotten what happened to them. Revenge is not something that’s going to be slow played here.” – Tim Goodman, April 13

Westworld finds itself in one of Emmys’ ?trickier positions this year. It may still have been a strong sell ?with critics during its ?second season, but it has the unique misfortune of having to stand alongside network flagship ?(and TV behemoth) Game of Thrones. ?No other series in this year’s race is more nullified by one of its ?competitors than ?Lisa Joy and Jonathan Nolan’s Western — a powerhouse with 21 nominations, many of them more or less ?honorary when stacked up against HBO’s returning crown jewel. At least the sustained strong nominations haul bodes well for future seasons, especially those when its network sibling is out of the picture. Game ?of Thrones may not win ?best drama this year, or ever again, but its sheer existence makes it difficult for HBO’s heir apparent to make many waves in its shadow. – Michael O’Connell