In 2014, The CW’s fall schedule consisted of six supernatural, superhero or sci-fi series (including two spin-offs), a historical drama, and a series that remains difficult to classify to this day as it enters its fifth and final season: Jane the Virgin.

Based on a telenovela and featuring aspects of comedy, drama and natural realism, the hour-long series follows a devout 23-year-old who was artificially inseminated with a stranger’s baby. It is rife with drama but somehow finds the humor in each increasingly absurd situation. It also features a cast comprised of mainly non-white actors, and one character who speaks only in Spanish.

Gina Rodriguez to 'Jane the Virgin' Creator: "You Changed My Life"

Before Arrow established an entire TV universe, the fledgling CW network was best known for frothy teen dramas and family melodrama — all starring many white actors (and a few token friends of color). As the network leaned more into genre series, the more human, heartstring-tugging series were pushed aside. But in 2014, the network seemed to realize what worked — and leaned in.

“The combination of Jane and Crazy Ex-Girlfriend further helped change the perception of The CW, but this is alongside of what Arrow and Flash did,” CW president Mark Pedowitz told The Hollywood Reporter mere days after Crazy Ex‘s grand finale and as Jane‘s swan song is just getting going. “But Jane truly in some ways — because people mocked the title until they were advised that this was a comedy, and then bought into the premise — helped reconfigure, alongside Flash, and then alongside Crazy Ex, which further cemented it, what the perception of The CW was.”

And what is the future of The CW without its two critically praised awards darlings? Well, it’s still focused on pretty-people problems; it’s just that the problems aren’t “I’m a high school junior who somehow got published in the New Yorker” but rather discovering your grandmother is undocumented or that your mother has been diagnosed with breast cancer in her 40s (both arcs on Jane the Virgin).

CW Boss on "Next Generation" of DC Shows, Future of 'All American'

“They do a lot of genre shows, and they do them so well,” Jane the Virgin creator Jennie Snyder Urman told THR. “And I think Jane opened up the hour-long comedy for them. And, you know, it still has a little bit of magic. It’s just not the genre magic. In the magical realism, I feel like it has a little bit of that fantasy. It’s just a story about a girl, not a superhero.”

She added, “I think Jane is a show about how to be a good person in the world and still retain your sense of self and still be conflicted and funny and all of those kinds of things. I think it added to what The CW did, and opened up possibilities for more shows to continue in that vein.”

The fact that, just months after Jane‘s debut, the show and star Gina Rodriguez were nominated for Golden Globes — and Rodriguez won, giving an inspirational speech that wowed audiences — didn’t hurt when it came to attracting new talent to the network. (The series won a Peabody Award a few months after that.)

Crazy Ex-Girlfriend co-creator Aline Brosh McKenna told THR that after Showtime passed on the half-hour pilot, she and creator/star Rachel Bloom made — about a 20-something woman suffering from mental illness who moves across the country on a whim to be close to a childhood crush — she felt comfortable passing it along to sibling network The CW. 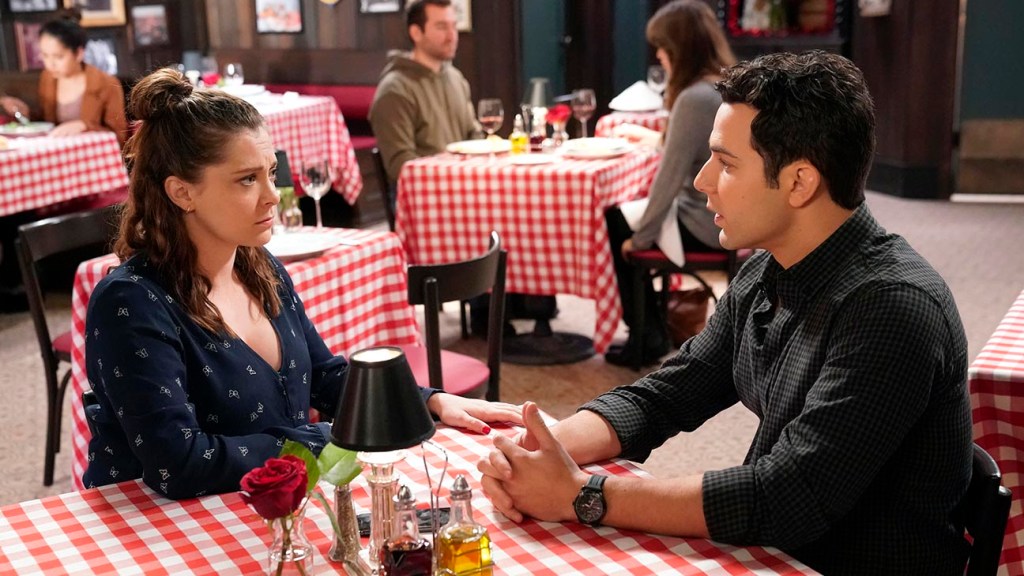 “We had made our pilot, and and because of Jane the Virgin I knew that they were willing to take those kinds of chances, and that’s why we sent it to them,” she said. In fact, she called Urman to talk about her experience at the network first. “She called me about Crazy Ex and The CW. And I was like, ‘It’s a great place to work,'” Urman said. “She said her show was very much in the spirit [of Jane] in terms of looking at a genre and examining the proportions of it and about a girl and about human beings, but with a little bit of magic. So I think they fit well together.”

In 2016, Bloom took home a Globe for her performance on the show.

“Hopefully this year the Emmys will recognize the scope of their work, and maybe they’ll nominate them too,” Pedowitz said. “They both deserve it, as do their shows.”

Both series also provided platforms for under-represented groups — in addition to centering the stories of women, Jane showcased Latino talent and stories, and Crazy Ex-Girlfriend‘s romantic lead was Filipino.

“I’m immensely proud of what all of our series have done in terms of embracing inclusion and diversity,” Pedowitz said.

Crazy Ex-Girlfriend ended April 5, and Jane will finish its run in May. Later in the summer, iZombie will end after five seasons. Next season, the network’s longest-running series, Supernatural, will say goodbye after 15 seasons, and Arrow, which established its own multi-network TV universe, will end with an abbreviated eighth cycle. This is all to say that The CW is at a turning point, and Pedowitz knows in which direction he wants to continue.

“We know who we are, and it’s pretty set forth in the development,” he said. The next Arrow-verse spin-off, Batwoman, “will help extend the franchises and the Arrow-verse. We think Lost Boys [a reimagining of the ’80s movie] fits a lot of what The CW is, and you have the Jane the Novela [a Jane the Virgin spin-off], which is a very interesting twist on Jane now being an author. Glamorous will push the boundaries in a lot of ways. And it’s a show for Gen-Z because of its ability to speak to non-conforming genders and particularly gender fluidity. We’re happy with Nancy Drew, which will have a supernatural twist to it, as well as [Riverdale spin-off] Katy Keene, which I believe, with [creator/showrunner] Roberto Aguirre-Sacasa and his team, will make a huge difference to us, and hopefully it captures that Gossip Girl feel a decade later.”

Said Urman, who created Jane the Novela, “You’re always looking for the ways that you can make a difference, especially now. And if this opens up more opportunity, more representation, then how lucky are we to be a part of that?”

For his part, Jane the Virgin star Justin Baldoni told THR that his show’s legacy of encouraging representation and inclusive storytelling is one of the things he’s proudest of doing on the critical darling. 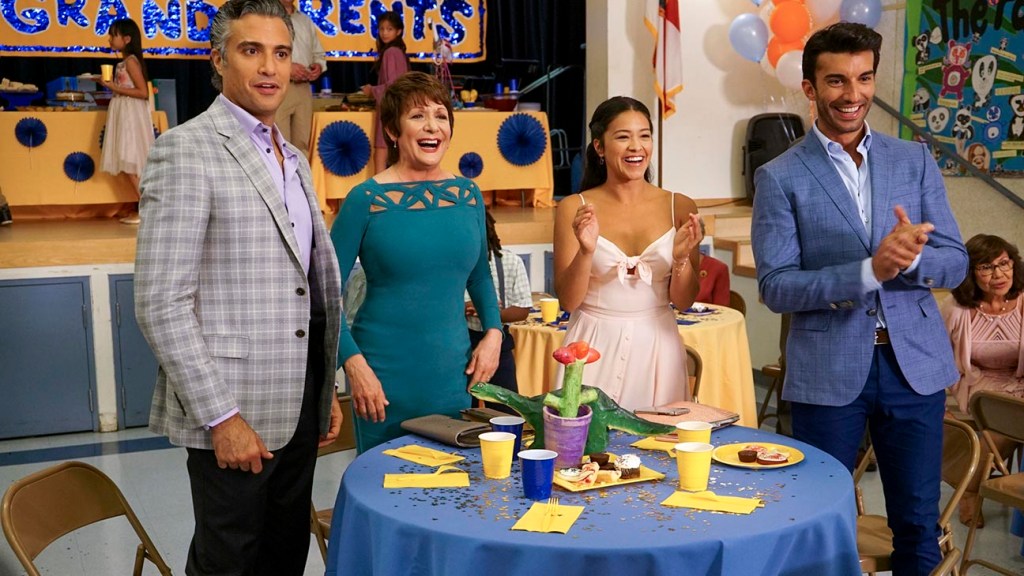 “It gave us a glimpse into a world that many of us are not aware of, and it gave representation to an entire community that had never seen themselves on screen in this way before — or at least in a long time,” he said. “Being a part of that opened the door for everything that I was really hoping that I could do anyway, which was to tell stories that matter, that affect people, that make you want to be a better person. The show did that so well, and The CW also is a very open place that encourages its [talent] to come in and do business there.”

Ultimately, Pedowitz said, he hopes his network will continue to champion stories from underrepresented groups — supernatural, melodramatic or otherwise. Meanwhile, the fates of rookie series All American and Roswell — which explore many of those themes — remain undecided.

“I think you will find that The CW and the campaign that we do, Open to All, is living exactly what it’s talking about,” he said. “We believe in this. This is something that’s part of our core DNA and hopefully will stay that way.”

Critic's Notebook: 'Crazy Ex-Girlfriend,' 'You're the Worst' and 'Broad City' Stick Their Landings