“Batman characters are like Beatles songs,” philosophizes Danny Cannon, who has been a co-showrunner on Gotham (along with John Stephens and, until 2016, creator Bruno Heller) since Fox put it on the air in 2014. “You don’t play them like the Beatles [did] — everybody does their own version of them.”

His version — the one that follows Jim Gordon (Ben McKenzie) as a rookie cop and young Bruce Wayne (David Mazouz) as he learns to be Batman — will air its 100th episode, which will also be the series finale, on April 25. After five years of reinventing origin stories for villains like the Penguin (Robin Lord Taylor), the Riddler (Cory Michael Smith) and Catwoman (Camren Bicondova), and at its peak pulling in as many as 9.7 million viewers (as well as picking up a Creative Arts Emmy for visual effects), the Bat Signal is finally being switched off.

Why Is This "Gritty" NYC Alley Featured in So Many TV Shows and Movies?

Stephens’ future plans are unclear — for a time, he was developing a series about another city, Superman’s hometown, Metropolis, for WarnerMedia’s DC Universe streamer, but that project was scrapped. Cannon and Heller, though, will be staying near their old neighborhood with Pennyworth, an upcoming series they’re shooting for Epix about Wayne Manor’s trusty butler, Alfred (played on Gotham by Sean Pertwee and in the new series by Jack Bannon).

On the eve of Gotham‘s farewell, Cannon, 50, and Stephens, 47, sat with THR (their separate conversations are edited together here) to talk about how the Warner Bros.-produced show came together, its biggest challenges — like casting characters memorably played by the likes of Jack Nicholson and Michelle Pfeiffer — and how they succeeded despite, as Stephens puts it, “competing against 80 years of Batman history.”

You made Jim Gordon a centerpiece of the series. Why?

DANNY CANNON You see through the eyes of a new detective. He sees all the darkest stuff about the city. He looks into the corners and the alleyways of Gotham. Through all five seasons, Jim Gordon walks that thin line between the just and the corrupted. At any point, he could have left. There will always be corrupt people who attempt to control chaos in Gotham. Jim knew he was fighting the true nature of the city. That’s good drama. 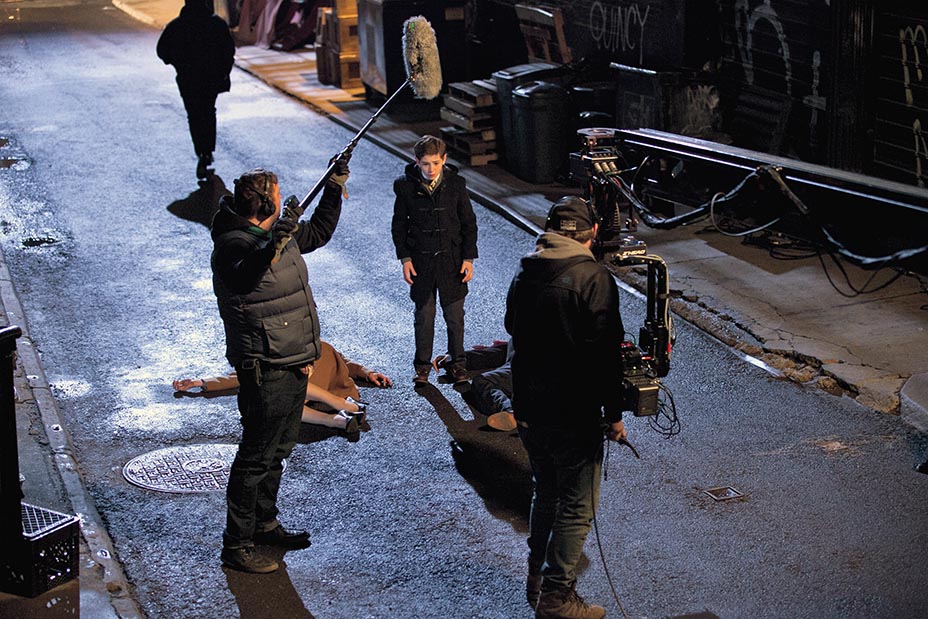 Batman’s story has been told so many times in so many different ways. What version influenced you the most? Which the least?

JOHN STEPHENS I wish I could tell you that we had a really coherent point of view, but it was evolving. At the very beginning, it was a much more noir-inflected, boots-on-the-ground point of view of the city. Then it became more elevated as we continued on to the second season. There were flashes here and there where we probably went a little bit too far into some of the more supernatural elements that sometimes intrude into Gotham.

CANNON We called the show Gotham because that’s what we wanted it to be about. We were basically asking, “What would have to happen to a city in order for someone like Batman to feel as though he was necessary?” You get to see all the darkness that Batman had to deal with. You look at him as a child and you get to see where all of his drive, his need to help the city came from. And I think that David did just an incredible job. We watched him grow up on the set. It was like watching Batman grow up.

STEPHENS The first time that Batman really impacted my psyche I was 13 or 14, when Frank Miller was working on the first run of the Dark Knight. Miller’s Batman has a twofold element that we talked about bringing into the show. The first element was the sense of weakness and vulnerability Batman carried as an older man. We tried to inject some of that grave humanity, first into Bruce, then into the rest of the world. The second element of Batman that Miller captured really well was the joy he got from being Batman. We wanted to have that feeling of empowerment. I think those two things definitely played through. 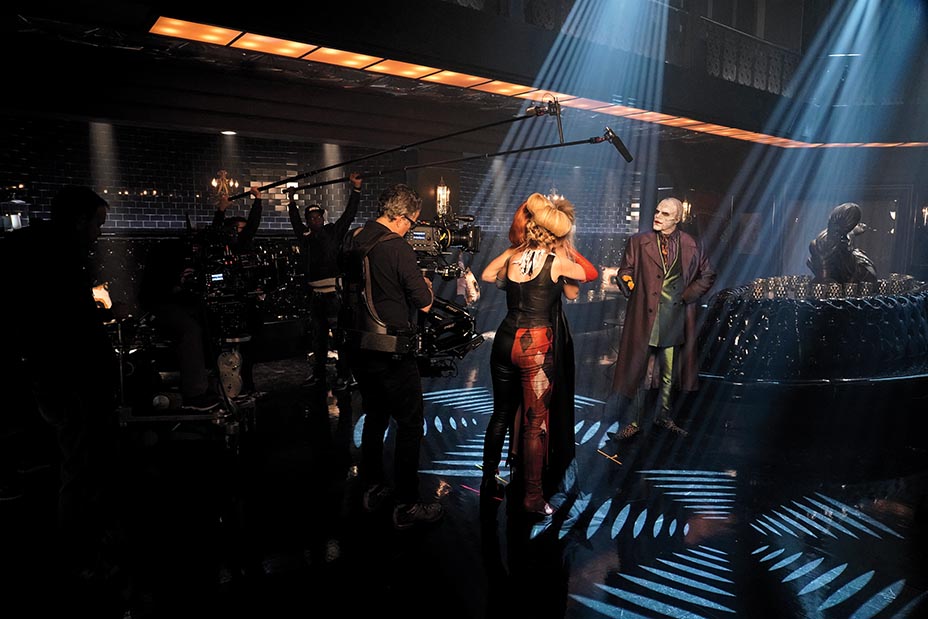 Gotham is filled with such an iconic rogues’ gallery. What was casting like?

CANNON Casting Gotham was the most fun I’ve ever had on a job. Those first few months before we started shooting, we had these characters on a board and basically said, “Here are 20 things we want to do this season. We can do five of them.” I still think that the show evolved probably a little too fast. But it evolved naturally. And that’s the way I wanted it to go.

What does it mean to you to hit 100 episodes … and how do you feel about ending the series?

STEPHENS You know, I’m not sure that reaching a hundred episodes means what it meant 10 or 15 years ago. But there is this weird sort of a milestone element to it for all of us that made it feel like we had run a marathon. Even though it would have been a huge chunk of our lives if the show only ran for four seasons, doing 100 episodes made it feel like we topped off that entire journey. I felt like I was pretty ready for a vacation at the end. We deserved it.

CANNON At the beginning of season five, it was determined that this would be our last. David was getting to that age [he’s now 18] where he was turning into a man and we were heading into Batman territory. It’s such an incredible fan base that stayed with us, and when the curtain closes, they’ll have seen a 100-hour play. I hope that the world we created will remain in their consciousness. I know it’s going to remain on Netflix. 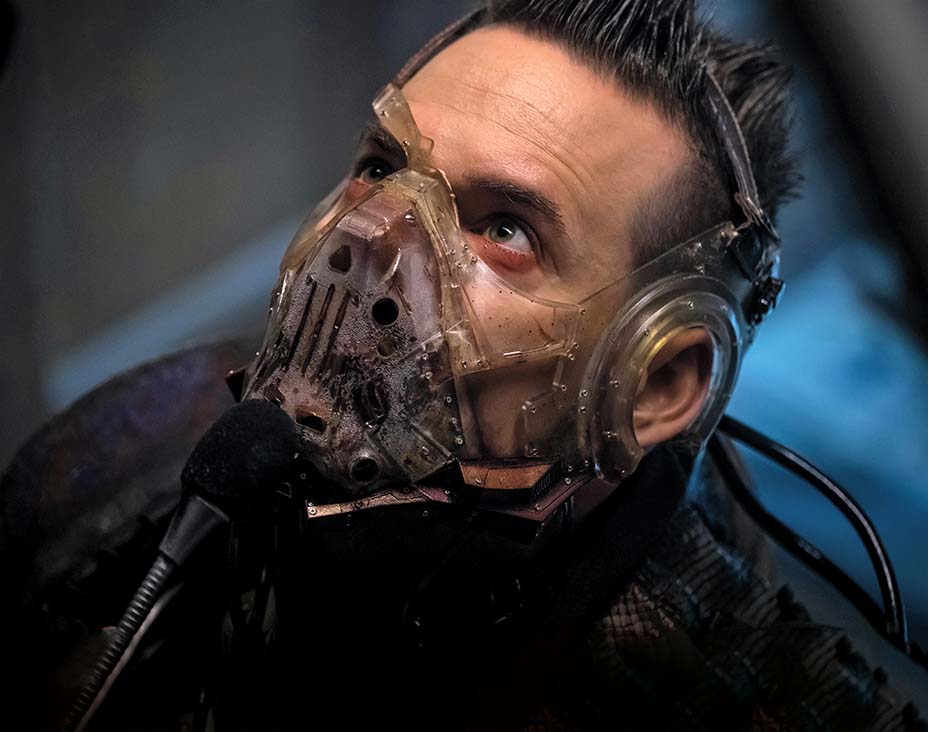 And where would you like Gotham to fall in the long Batman pantheon?

STEPHENS I would hope that for this current generation, these iterations will be their canonical versions of the characters.

CANNON Gotham stands alone. There are many DC TV superhero shows. But Gotham had a specific feel. It was a different world. We wanted it to stand apart. 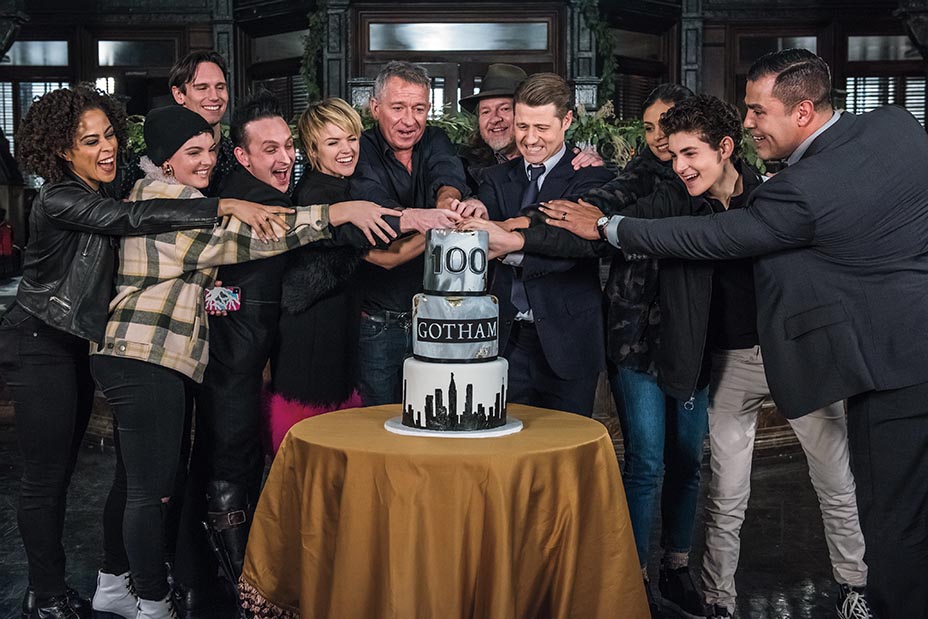 “I was standing on the top of a bar in a New York City nightclub with a bottle of alcohol-less champagne in each of my hands, surrounded by background actors who were ‘OK with getting wet,’ dancing my heart out to ‘Thriller’ and pouring bubbly all over my perfectly tailored Brooks Brothers suit. I looked around and thought, ‘If being Bruce Wayne isn’t the best thing that ever happened to me, I don’t know what is.’ “

“It feels like we’ve been on a five-year hike. And to see the work that we’ve all put in from the top of the mountain was a beautiful feeling.”

“My favorite memory would be asking Master Bruce to kill me. It shows Alfred’s growth and his propensity to love so much as to be willing to die for Bruce, so that he may return from darkness.”

“The best thing to come out of the series was meeting my wife,” says McKenzie, who married Gotham actress Morena Baccarin in 2017.

“One of my favorite memories is when I learned that Carol Kane was playing my mother and then sharing a van ride home with her every night. She is a legend.”

This story first appeared in the April 24 issue of The Hollywood Reporter magazine. To receive the magazine, click here to subscribe.