Go where the love is.

Eight years ago, I could not have imagined that I would be a leading man in several Hallmark movies. This was before the whole industry changed, when Netflix sent DVDs to your house in a red envelope and before binge-watching was a thing. And this was before the cultural tidal wave that is the Hallmark Countdown to Christmas juggernaut existed.

My first experience for Hallmark was in 2015 on a movie called The Dater’s Handbook, which put Meghan Markle and I together months before she met the man who would make her duchess. (For the record: She’s wonderful and worthy of the title.) At the time, I thought maybe I’d do just one film and then hop back onto a network series, but Hallmark kept showing me the love and my wife sagely told me to “Go where the love is.”

On Dec. 16, my third Christmas movie will air — my fifth Hallmark film in total.

Hearts of Christmas, then Rocky Mountain Christmas. Pearl in Paradise filmed in Fiji. Yes, Hallmark sent me to Fiji. Finally, A Small Town Christmas is a movie in which Hallmark Channel CEO Bill Abbott, exec vp programming Michelle Vicary and head of development Randy Pope allowed me to play my character with a touch of Jimmy Stewart from It’s a Wonderful Life. George Bailey as a romantic lead, I don’t know where else I could pull that off. Hallmark operates on loyalty and they created a new business model in our industry. Mildly put, I love acting for Hallmark.

Love is the theme of every Hallmark movie. The leads fall in love every time, whether over baking, on a book tour, ice-skating, tree lighting, protecting old traditions and old homes or while on safari. The audience knows what’s going to happen, and yet, it’s that familiarity that’s drawing them in.

When I was filming [Audience Network drama] Condor in Toronto for MGM, the story is set in Washington, D.C., and being a recovering Method actor, I took my family to D.C. to get a feel for the city. Our friend, Lieutenant Gov. of Arkansas Tim Griffin, took us on an amazing private tour of the Capitol Building, which included the green room off the Senate floor where we were introduced to Miss Pat. She has worked there since 1968. Photos of her and every president from Nixon to Obama adorn the wall. Tim listed off my work hoping to find common ground. Now, if you’re an actor, this is always tricky; people either know you or they don’t — and I always feel a little awkward after the fourth or fifth job has been rattled off and it’s blank eyes staring back. When Tim arrived at The Dater’s Handbook, Pat’s eyes lit up. We connected over my work, a shared experience, standing in the green room of the Capitol Building in Washington, D.C., and it was a Hallmark movie that did it.

The Hallmark channels, all three of them, are beginning to swell and the massive cultural wave that’s forming is just beginning. These Hallmark channels will continue to captivate our attention. Their movies will adapt, too: They will evolve and one day they will offer classes at NYU to discuss whether the early era of Hallmark films were better than the slicker, later-evolved films, dissecting merit, but by then we will come to depend on these channels being there, every season. We will have our favorites.

As an actor, I am leaning into Hallmark because it’s fun to sit with my seven-year-old and show him what I do for a living. These are family-friendly movies. I’m leaning in because my 91-year-old Nana finally thinks I’ve made it in Hollywood because I’m on Hallmark. People her age remember the stores and the tangible products of a major household name brand. I’m leaning into them because they are leaning into me and showing me the love. So, I encourage you, if you haven’t indulged yet, perhaps this is your year to go where the love is.

Kristoffer Polaha next appears in Wonder Woman 1984. He previously starred on The CW’s Life Unexpected and counts regular roles in Ringer and Backstrom among his credits. His Hallmark movie Small Town Christmas airs Dec. 16. 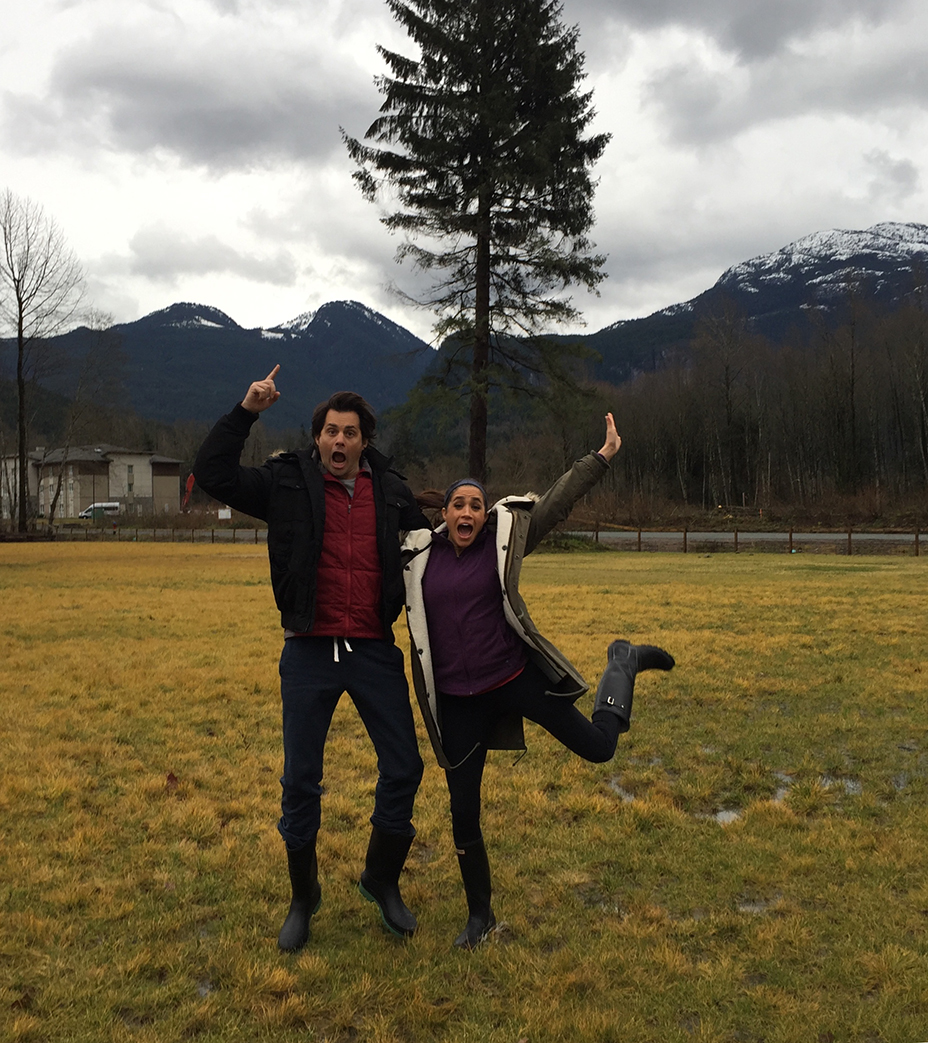