NBC is taking a page from its Must See TV heyday with Thursday’s revival of Will & Grace. More than a decade after the 16-time Emmy-winning sitcom wrapped its eight-season run, the fab four are back for season one of the revival (or season nine of the series, depending on which way NBC slices it). But what else about the groundbreaking comedy is the same? And what’s changed since the last game night? The Hollywood Reporter has compiled a handy guide on what to expect onscreen and behind the camera ahead of Thursday’s highly anticipated return.

How 'Will & Grace' Will Mine Trump for "Tension"

Series creators David Kohan and Max Mutchnick are back in the drivers as showrunners of the highly anticipated revival. Also back is executive producer James Burrows, who directed every episode of the show’s original eight-season run and returns in the same capacity on the Universal TV comedy. Joining the original trio are three original Will & Grace writers: Alex Herschlag, Tracy Poust and Jon Kinnally — who wrote 63 episodes of the series between them — and longtime producer Tim Kaiser. 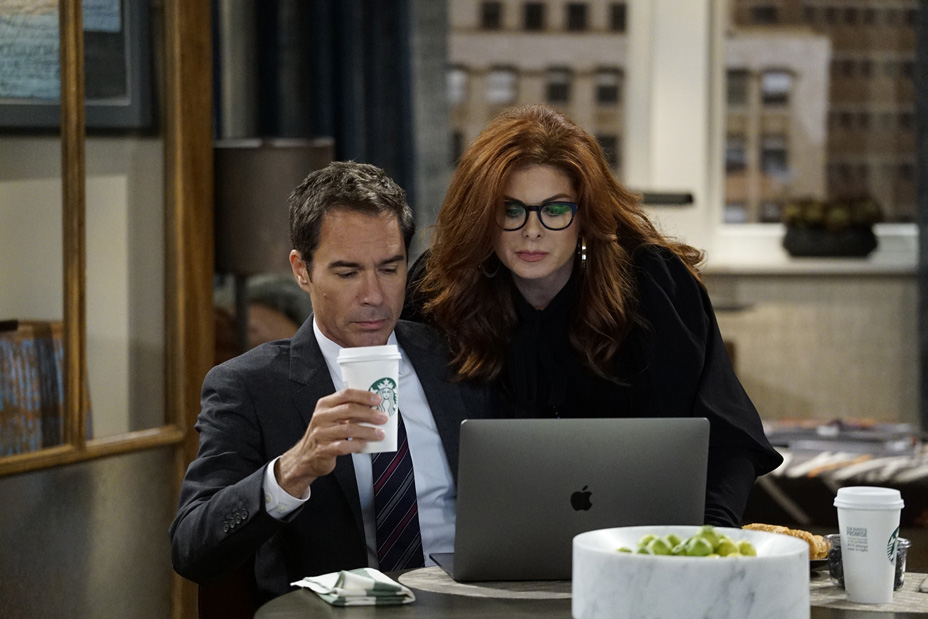 Originally greenlit for one 10-episode season at the start of 2017, that number has grown dramatically in the intervening months. At the Television Critics Association summer press tour, NBC Entertainment chairman Bob Greenblatt announced not only that season had been expanded to 16 episodes, but that a second 13-episode season had already been greenlit. (That’s at least 29 new episodes total.) With the original run clocking in at 194 episodes, that means Will & Grace will celebrate its 200th episode milestone this season, bringing the show’s complete episode total to at least 223.

And those two seasons might just be the beginning. While Kohan and Mutchnick say they’re open to doing more episodes “as long as we feel that we can maintain a level of quality that we feel good about it. If it started to dip, we would stop,” Kohan told THR earlier this month. “If we felt like it could keep going then we would encourage everybody to let us keep going.”

'Will & Grace' Revival Renewed for Season 2 at NBC 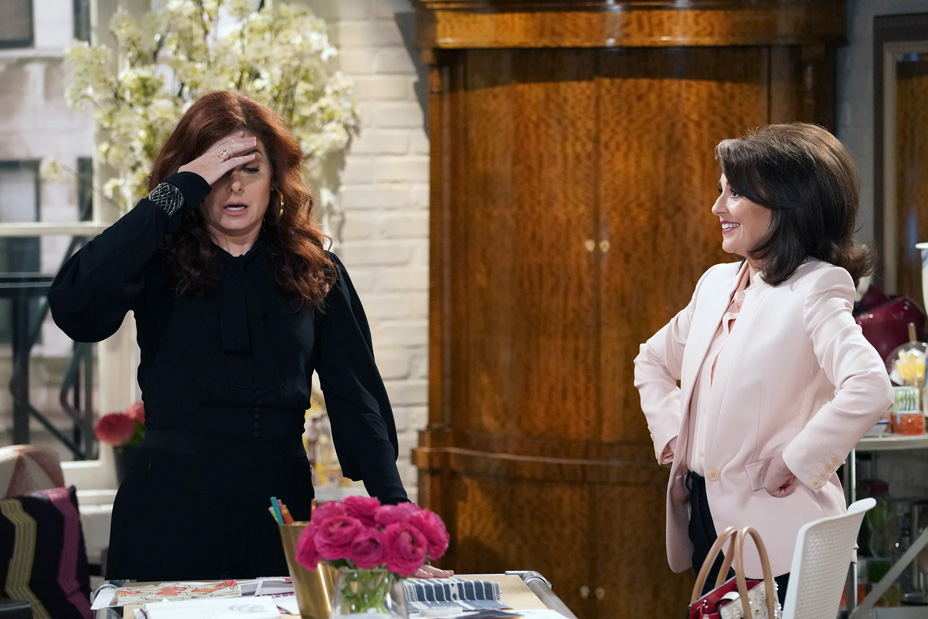 However, one fan-favorite that won’t be back is Shelley Morrison as Karen’s beloved maid (and, briefly, Jack’s wife) Rosario. Mutchnick told THR in August that Rosario’s absence was dictated by Morrison’s decision to retire, and said the void left by Rosario would be addressed in future episodes. “The audience has come to know and love her — as we do — and we’re dealing with her as a character and we’re writing to it very specifically.” The same will hold true for the late Debbie Reynolds, who played Grace’s mom, and Sydney Pollack, who played Will’s dad. “She’s obviously not coming back, but we will be speaking to it and the characters will be speaking to it,” Mutchnick said.

'Will & Grace' Stars Reveal Why They Returned for Two-Season Revival

Madonna. Matt Damon. Cher. Michael Douglas. Years before Netflix and Amazon were luring top talent to the small screen with big paychecks and creative freedom, Will & Grace had the most impressive talent roster in town. And the new episodes don’t look to disappoint. So far, the multicam has lined up Tony winner Ben Platt of Dear Evan Hansen fame (pictured below), four-time Emmy winner Jane Lynch, Tony nominee Andrew Rannells and Kyle Bornheimer for guest spots. 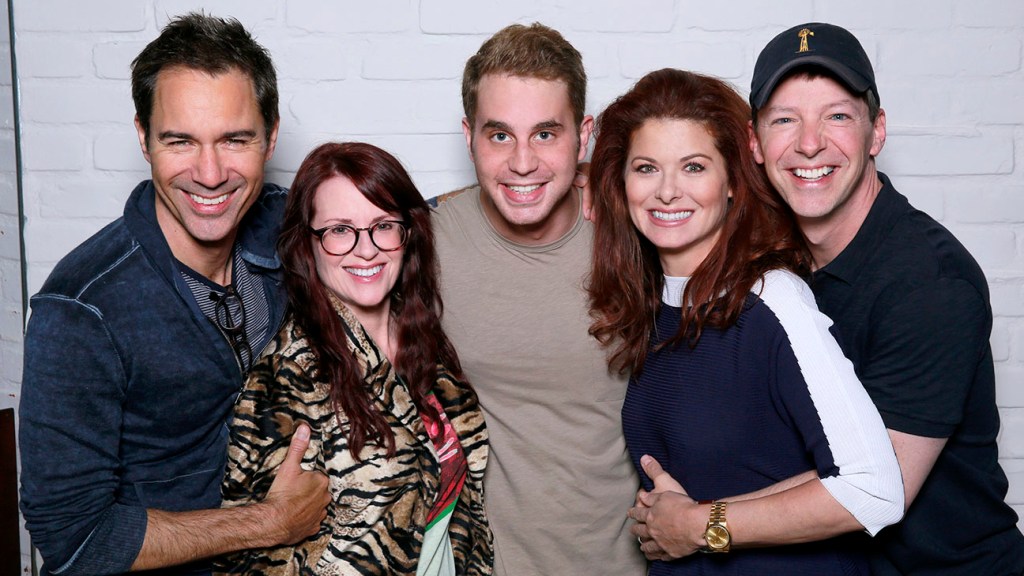 Kohan and Mutchnick have already discussed their decision to largely ignore the series finale — which saw Will and Grace go their separate ways with their respective partners only to have their children meet-cute at college years into the future. Instead, when the series returns, Will and Grace are (still) single and (still) living together, with Jack just a hop and a skip across the hall. Also, despite splitting from her longtime and never-seen hubby Stan in the first finale, Karen will still be tied down to her old ball and chain.

(However, Kohan says the new episodes will still give a nod to the finale in some way. “I think if you acknowledge it and you let the fans know, ‘We see you, we hear you, we know, we all know, and if you would be so kind as to let us get away with this, we will carry on with making the show,'” Kohan told THR earlier this month.) 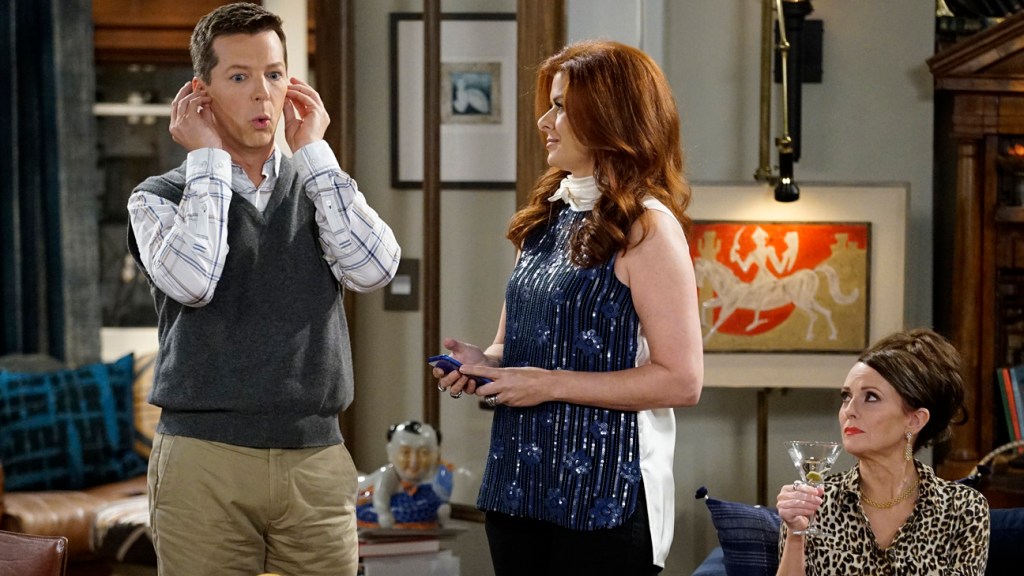 But not everything will be quite the same thing when the comedy returns. For one thing, the entire group will be dealing with their age in a new way, such as the second episode of the new season when Will and Jack both attempt to date younger men. “They’re in different stages of their lives. People deal with different things in different stage of their lives,” Kohan said.

Also look for Will to branch out professionally this coming season. “He wakes up one day and says he can’t spent his life around lawyers and clients and ‘I want to do something that I love with someone that I love,’ so Will and Grace go into business together,” McCormack said at a recent premiere event.

It won’t take long for politics to creep into the series — after all, the whole revival began as a reunion video to support then-presidential candidate Hillary Clinton. The season premiere deals with Karen, again, supporting Trump. “There’s a lot of tension in the air, so there’s a lot of things to write and there are a lot of reasons to make an audience laugh,” Mutchnick told THR.

Watch the extended trailer for the new episodes below:

Will & Grace returns Thursday at 9 p.m. on NBC.