The prominence of silat marks a departure for Fung, who directed the first two episodes of Wu Assassins and executive produced the series, which streams globally on Aug. 8. He made his name with Hong Kong wuxia and tai chi style fight films such as House of Fury (2004) and the two-parter Tai Chi 0 and Tai Chi Hero (2012), and he was the executive producer, director and fight director of AMC’s Into the Badlands, which starred Daniel Wu.

Headlined by Raid star Iko Uwais, Wu Assassins is set in present-day San Francisco and is rather nebulously described as a superhero origin and coming-of-age story with hints of fantasy and sci-fi. The story revolves around an aspiring chef, played by Uwais, and the discovery of his destiny as the sole surviving heir of the Wu Assassins bloodline.

Canadian actress Katheryn Winnick (Vikings) co-stars with Uwais, who has been busy of late with roles in Mile 22, Stuber and a cameo in Star Wars: The Force Awakens.

Fung says the martial arts prowess of the two leads allowed him to take a new approach. “Iko is a famous action star in Southeast Asia and Katheryn is a black belt in Taekwondo, and their action styles are very different from the kind we’re used to in Hong Kong action cinema. It gave me a fresh perspective and pushed me to think out of the box,” Fung told The Hollywood Reporter. 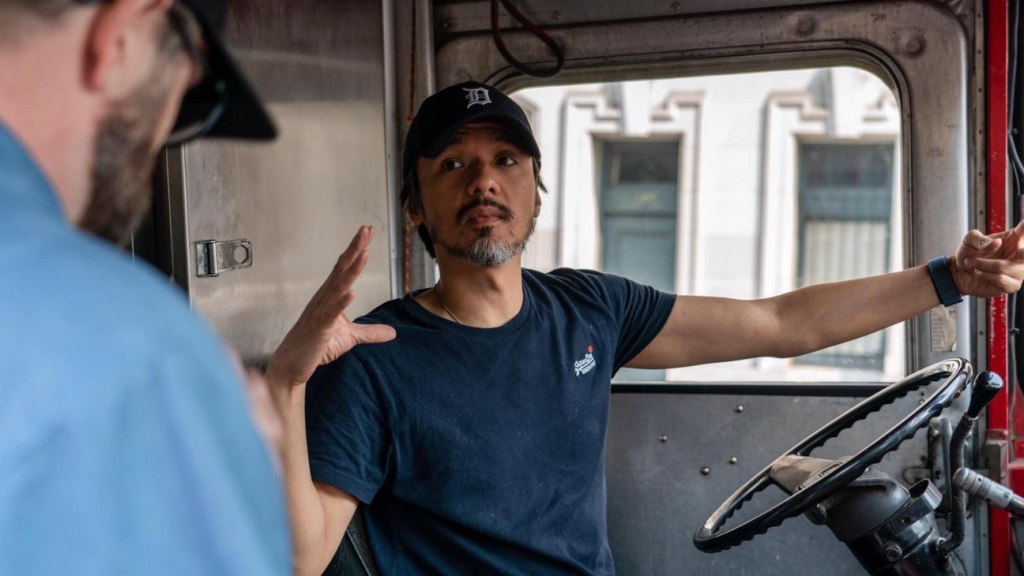 Fung tried to capture the essence of the martial arts discipline Uwais practices, which gave rise to a visual style distinct from the type usually seen depicting Chinese martial arts. “For Chinese martial arts cinema, aesthetics come first. When there is a fight onscreen, we don’t pull real punches. It depends more on whether the choreography is visually pleasing, how the body language is expressed, with the help of wires, so it is more like a dance than be actually practical,” he said.

“But with Iko’s martial arts discipline of silat, the fighting is more practical and there are a lot of joint locks. So filming Iko I could emphasize less on the aesthetics and use a more down-and-dirty handheld style, get a grainy feel and immerse the audience right in the middle of the action.”

The “Wu” in the series title has echoes of the Shaw Brothers classic movies, but Fung says instead refers to the theory employed in diverse fields of Chinese thoughts including cosmology, Chinese medicine, military strategy and martial arts. “I was quite intrigued by the title at the beginning, and wondered whether ‘Wu’ was a surname, or was derived from Wuxia [martial heroes] or Wu-Tang [a martial arts sect]. But after reading the script I realized ‘Wu’ referred to ‘Wu Xing’, the Five Elements theory,” he elaborated.

As the first Netflix martial arts original series, the streamer is focusing on building the mythology behind Wu Assassins. Fung joined the series with a track record in martial arts cinema, as well as previous experience in working for an American network, AMC, for Into the Badlands. “Both Netflix and AMC gave us a high degree of creative freedom, as they were tapping into an unknown territory, which is the martial arts genre. Since they are unfamiliar with tackling this genre, they trusted our abilities more. If they are making a series in the genre they are experienced in, they didn’t have to hire us and could just work with an entirely local creative team. So I think this made our job easier — because they were convinced of our expertise from the get-go. Both have been very hands-off.”

While Hollywood is pushing the martial arts genre, with Wu Assassins and even a superhero martial artist with Shang-Chi in the Marvel Cinematic Universe, in Hong Kong and China the genre has been in decline in recent years, with the sole exception of the Ip Man franchise. Fung was not optimistic about the chance of a revival in the immediate future. “I don’t think the prospects of Hong Kong martial arts cinema are very promising, and that is mainly due to the lack of up-and-coming action stars. Even when I was prepping Tai Chi 0 and Tai Chi Hero, we tried to find new action actors, but at the end of the day, it depends on whether the audience accept the newcomers.”

He added: “After Donnie Yen, the frontrunner is Max Zhang, but he can’t star in each and every action film. Like the rise of Tony Jaa driving the action cinema in Thailand, the emergence of a new action star is key to a revival in Hong Kong action films. And for that, we have to wait.”

Looking forward, Fung, a lifelong fan of Iron Man since the character was just 2-D and found only in comics, would love the chance to bring his brand of action direction to the Marvel Cinematic Universe. “I would fall over backwards to do it given such a chance,” Fung said, and he revealed he did have talks with Marvel for the second season of TV show Iron Fist, but was unable to work on it because of a scheduling conflict. “Not only the MCU, I’d love to be able to be involved in the Star Wars films. They were such a big part of my childhood.”