[This story contains spoilers from the season three finale of Syfy’s Wynonna Earp.]

One of the things Syfy’s Wynonna Earp has shown its audience in its three seasons is that there is no black and white when it comes to good and evil.

Sometimes both need to put their heads together, and in the case of Friday’s season three finale, they do so in order to defeat the apocalyptic-hungry Bulshar, and to finally break the Earp curse. In a last-ditch effort to defeat this season’s Big Bad, Revenants, Earps and Earp-friendlies come together so that humans can live, and the not-so-human(s) can finally die free.

Complicating this rag-tag charge, though, is a little bit of everything and everyone. Wynonna’s (Melanie Scrofano) old ex, the newly fanged and dangerously ravenous Doc Holliday (Tim Rozon) has been at best, kind of the worst. Her latest ex “Charlie” turned out to be Waverly’s (Dominique Provost-Chalkley) big, “Who’s your daddy?” reveal, Julian, and Peacemaker, Wynonna’s sci-fi(rearm), is gone. As are Waverly and Doc, who were either taken up a flight of heavenly stairs, or to some sort of higher hell. But even in a place called Purgatory, miracles happen and Earp sister hair still looks great.

To help break down the events of Friday’s two-part season finale, as well as what it means for season four of the Syfy drama (returning in 2019), The Hollywood Reporter turned to creator and showrunner Emily Andras to discuss tackling the oldest story in the world, hungover demon fighting and keeping it sexy.

There was a sense of loss in season three, and some long shadows were cast — Alice, Doc and Wynonna’s baby was given up, Dolls’ hero death, the sacrifice of Waverly’s angel dad “Charlie”/Julian, and Doc to vampirism. What’s the importance of the levity that characters like Nedley and Mercedes bring to the show, and how go you go about finding that balance with such heavy storylines?

I don’t think of Wynonna Earp as a particularly “heavy” show. But I guess in some ways, this year was, because it did deal with loss. Ultimately, it’s a genre show about a demon hunter who happens to be the witty, wild child descendant of Wyatt Earp. But we ground it in characters that we strive to make three dimensional, vulnerable and relatable. Even in the face of ridiculous — and yes, sometimes horrific — supernatural challenges, our characters like to crack jokes and make each other guffaw. It connects them — and us. Makes them seem more human. Some of the funniest people I know are cops and paramedics. They really deploy that gallows humor to fight back the ghastly nature of their jobs, their work; and more abstractly, a world that sometimes feels unfair and unfeeling. Laughing in the face of danger — at the face of evil — is one of the bravest and most human things we can do. I don’t believe that shows with very serious anti-heroes who never crack a smile are more ‘important’ or ‘artistic’ or frankly more ‘truthful’ than one that has characters covered in blood and gore laughing so hard they might pee. Because that is real life, and that is, even within the genre field, the type of show I want to make. Characters like Nedley and Mercedes are particularly critical to this because they round out your world and remind us that there are many ways to fight back the darkness. It also helps when you have actors are talented as Greg Lawson and Dani Kind to play them. 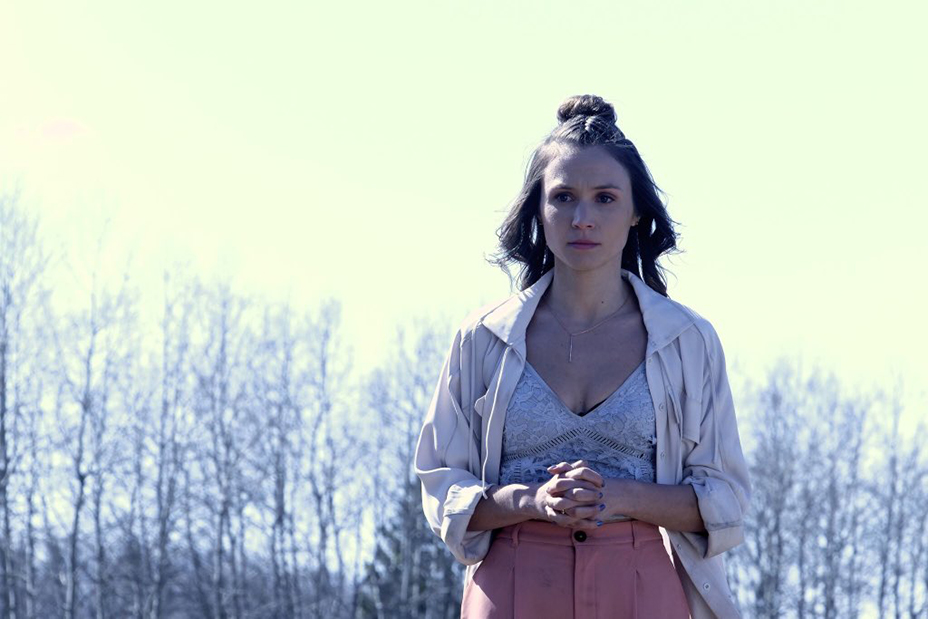 The identity of Waverly’s father has finally been revealed — it’s “Charlie,” Wynonna’s ex-boyfriend. To make things more complicated, “Charlie”/Julian was one of the two angels protecting the Garden of Eden. Now that both protectors are gone, does that make Waverly the Garden’s new protector?

Yes, ain’t it a kick in the Peacemaker when you find out the sweet, slightly dim firefighter you’re with is a) your mom’s ex; b) your maybe sister’s father; and c) an angel guardian. Oof, we’ve all been there. Poor Wynonna. The universe really does like messing with her. As for Waverly, I think the Garden was determined to take the spiciest half-angel for its own. I’m not sure that makes her its new protector. More like its prisoner.

The Earp curse seems to be broken, and we got a glimpse of vulnerable Wynonna with both Bulshar and the Revenants. Without her heir powers, she’s still courageous and ready for battle. Where does her strength come from now?

Wynonna has only ever been a screw-up. An underdog. And yet, time and time again, she gets up in the morning (often hungover) and tries to do what’s right, even when it’s hard. She doesn’t need a magic demon-slaying gun or special Earp powers to get up and do that. Never has; that’s what really makes Wynonna Earp special. What she needs is something to fight for. And people to fight with. And now, going into season four, with her dysfunctional band of dipshits — wherever they ultimately have disappeared to — she has both. That being said, there’s always another demon, another battle, another curse.

There’s so much gray area with these characters, and whatever bad they do, they seem to do for the greater good. Can you talk about that duality, and if this season’s very biblical arc has something do with how universally relevant is the oldest story in the world?

I am ultimately an optimist; I believe in people. But I think I can only do that because I also believe very few people are all good or all bad. From the very beginning, this was the story of Wyatt Earp’s flawed legacy. Wyatt Earp is considered a great American hero, and the thing about heroes, or more simply, the ‘winners’ is that they get to write history. The ‘bad guys’ don’t think their missions are evil; they just get defeated. And their stories get told by the heroes who did so. What point is there in living and fighting unless you think you’ll be able to decide your own story? We still all have to keep going. Which brings us to the oldest conundrum of Christianity — the idea that we even have a choice at how we live; free will. So without getting any more up my own butt about it (I swear, the show is fun; we have Eurotrash vampires!) I’d say we will continue to explore these themes in season four. But you know…sexily.

'Wynonna Earp' Showrunner: "This Is the Season of Answers" 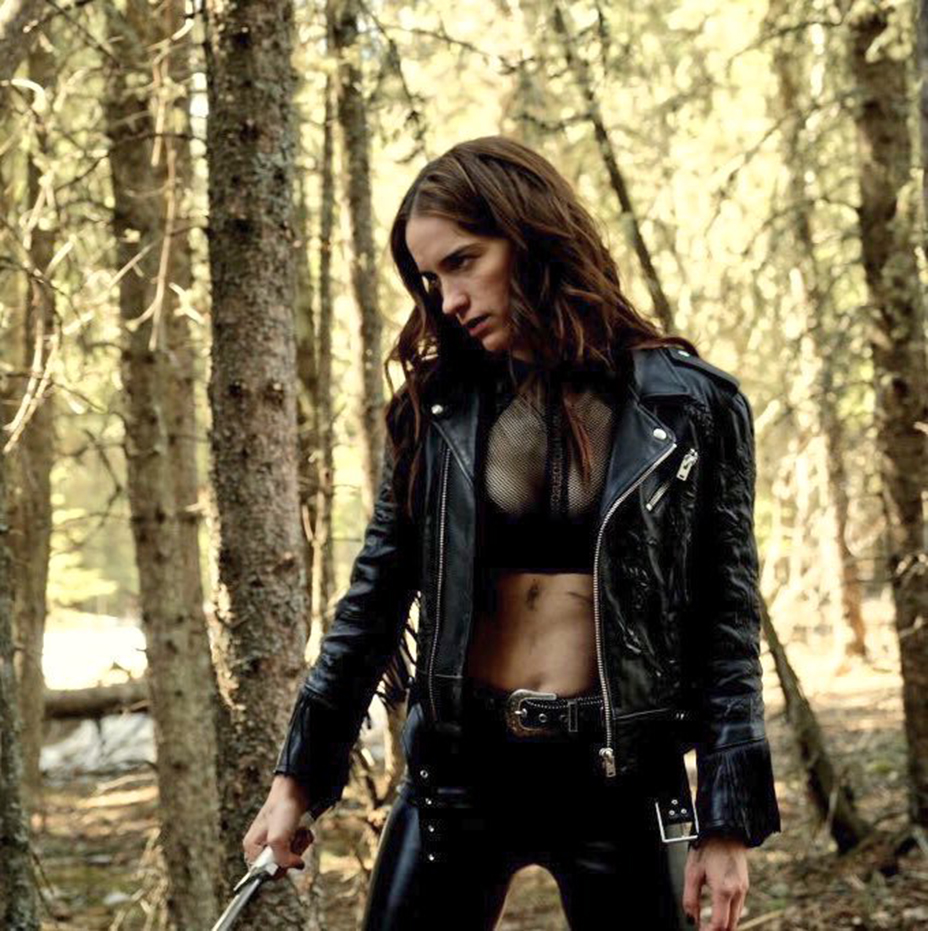 Peacemaker seems to have disappeared, or evolved into a fiery sword. Is it gone forever?

Vampire Doc has been at best, unhinged. While in the greenhouse looking for Julian, Doc was knocked unconscious and assumed dead. Waverly went over to him, and one of her tears fell on his face. Did Waverly’s teardrop save him?

I think we are just beginning to see the extent of Waverly’s healing powers.

If I get the budget I want, they’re in Hawaii, and we all have to go get them. Spoiler alert: They’re probably not in Hawaii. But we will have an adventure getting to them regardless. 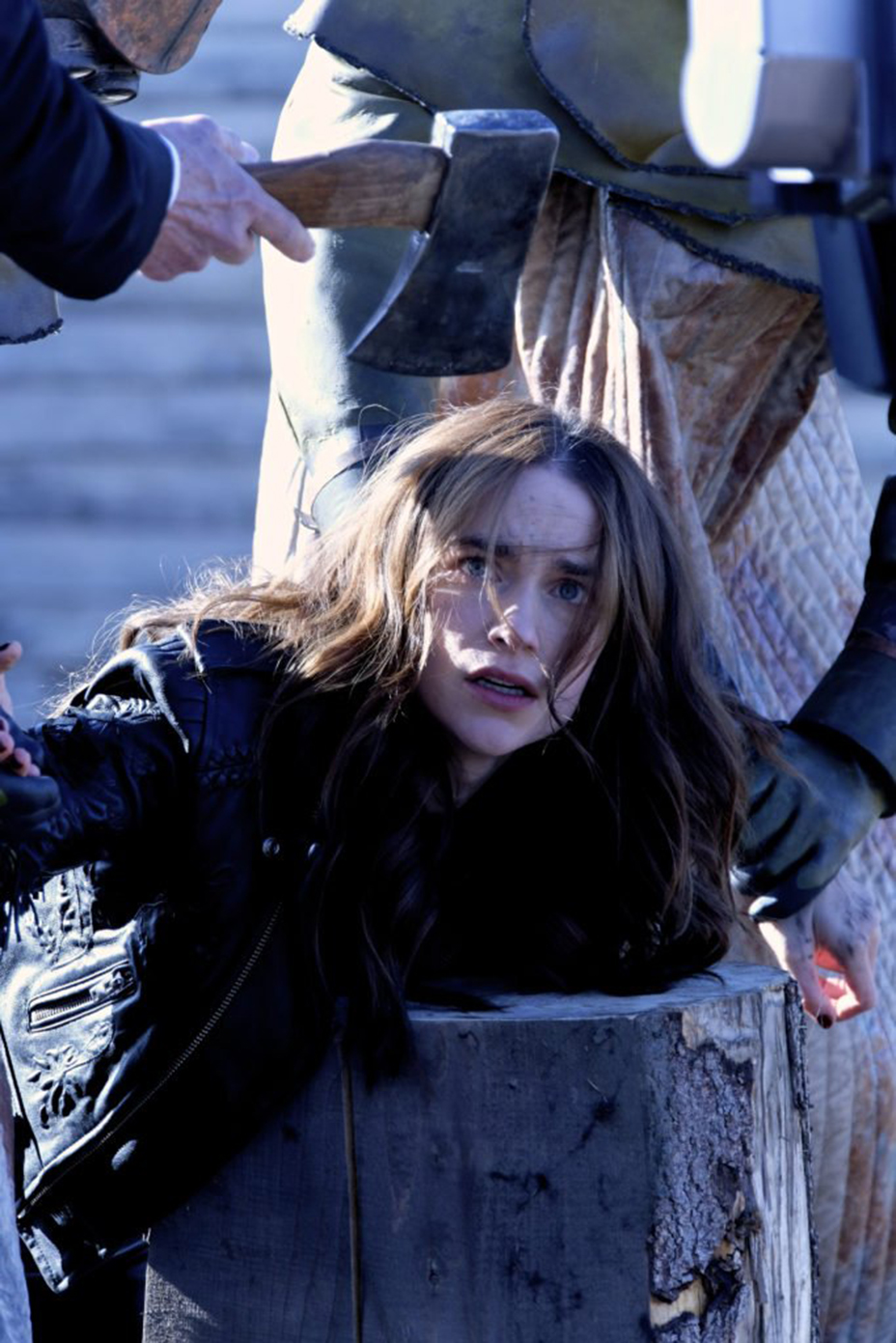 What did you think about the finale? Sound off in the comments, below.