[This story contains spoilers from the season three premiere of Syfy’s Wynonna Earp.]

When viewers last saw their pun-slinging hero Wynonna Earp (Melanie Scrofano), she had just given birth to Alice Michelle — the unexpected and supernatural child conceived with Doc Holliday (Tim Rozon). After a dramatic and heart-wrenching bar-room pool-table birth (is there another kind?), complete with Earp sister feels and a huge betrayal, the baby is given away so as to protect her from the Earp family curse and basic Revenant filth. And in classic season-finale fashion, bombshells are dropped. Not the least of which is a secret meeting between Wynonna and the elusive and/or possibly thought-to-be-dead Mama Earp (Megan Follows), as well as the teeing up of a storyline involving a delicious demon named Bulshar, who of course has a cult.

According to showrunner and creator Emily Andras, season three promises to be a reckoning of sorts, and a myriad of unanswered questions will have light shone on them. But before things get too heavy, she wanted the return of Wynonna Earp to be fun and “kick some ass.” Hence the clutch of glammed-up vampires rolling into town on a “stripper bus” and bathed in “sexy fog.” Below, Andras talks with The Hollywood Reporter about the events of the season three premiere (which officially bows Friday) and previews what’s next. 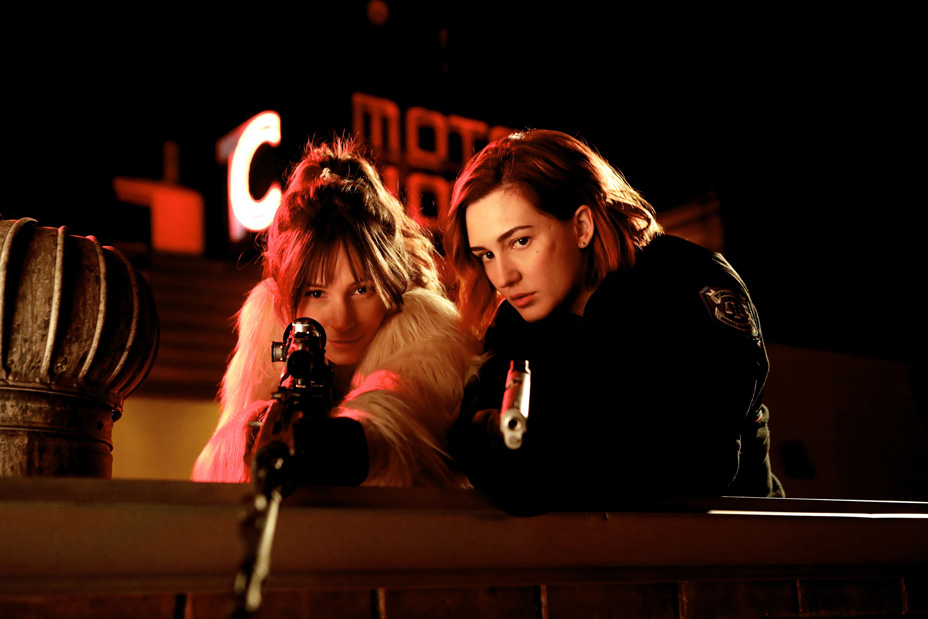 Your show has already drawn comparisons to Buffy the Vampire Slayer. Can you talk about why you wanted to add vampires to Wynonna Earp‘s mix this season?

When you come into genre TV, vampires are the holy grail, but it’s also like the Ark of the Covenant. It’s terrifying. Vampires have been such a huge part of our culture — from Twilight to The Vampire Diaries, and, of course, the ultimate, Buffy the Vampire Slayer, so I kind of avoided them. But if any show can handle it, it’s Wynonna Earp. I truly loved our take on them, and that they were this kind of Eurotrash fabulous. Demons are constantly trying to disguise themselves as humans and blend in, and they’re insidious in that way, so I love that these vampires truly do not care. They’re going to walk around Purgatory in the summer in their Gucci high heels, sunglasses and sequins. They have no reason to hide, because they can just glamour you. I really wanted the premiere of season three to be fun. I’m so proud of season two, and it was so beautiful with Wynonna giving birth and giving the baby away, but I really felt that we needed to come back with kind of this fun energy. Both Wynonna the show and Wynonna the character are back to kick some ass in the most delicious, hopefully laugh out loud way possible. Lots of crazy stuff is going to happen this year, but I wanted it to feel like a joyous homecoming.

And these vampires have gold teeth!

They’re kind of like Rihanna-inspired vampires, which is truly the kind of vampire I would want to be. I would love to get bitten and immediately know how to put together an actual ensemble.

Even the hold steady of Sheriff Nedley (Greg Lawson) is shook, and he can’t resist the vampires’ charm.

Nedley is such a fun character. I love how he has evolved, and that is because of Greg Lawson’s skill set and warmth. I love that he has no time for these beautiful idiots. He is very rarely impressed, so the fact that he was quite charmed by the vampires really spoke to me. There’s not too much of him in season three, but just enough. He’s like paprika — you just sprinkle him in when you need him.

How Syfy's 'Wynonna Earp' Is Paying Homage to 'Buffy' 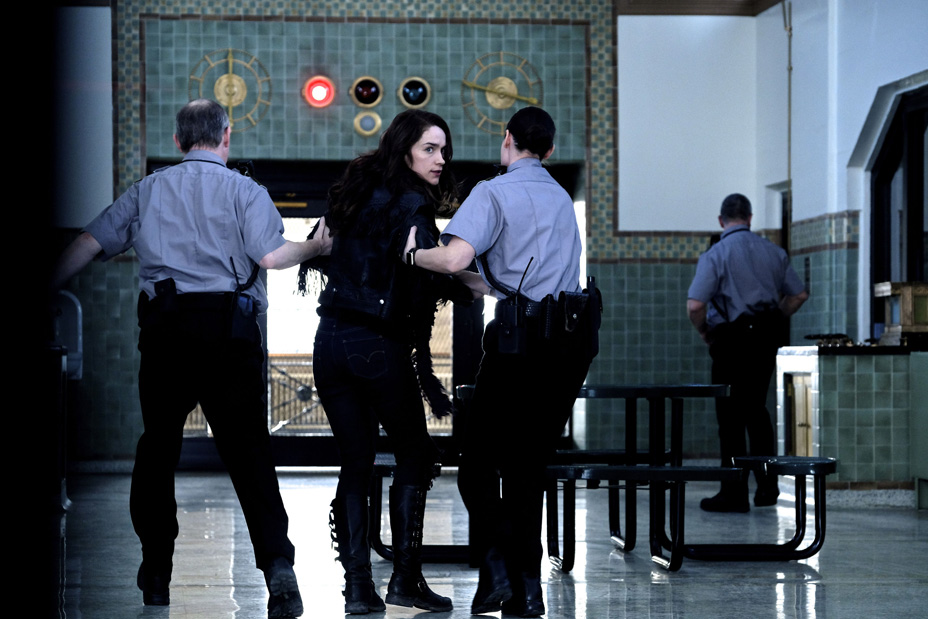 Last season’s challenge was working in Melanie Scrofano’s real-life pregnancy. In preparation for season three, what was your biggest hurdle?

In the first season, you’re like, “What even is this show? What is the tone? What is the level of comedy? How are we even going to do this?” With season two, we thought we were settled and Melanie was like, “Hold my nonalcoholic beer — I’m pregnant.” I would say, and I’m very biased, that was a challenge that turned out to be an incredible blessing and it really grounded the show emotionally. The third season, it’s almost like the runway is completely clear. There’s a lot of pressure with that because it can almost be anything. I think what we tried to do with it is make Wynonna Earp the show it was always going to be. This season there is a confidence in both performance and storytelling, and what we’re able to do with our limited budget insofar as action and special effects, but it feels like it’s really a “ride,” for lack of a better word. And they have something bigger than themselves to fight for now. Because they have this baby that Doc and Wynonna had to give up, and they have the original demon that cursed the Earps in their sight. They have a very definitive goal, and that is, if they could maybe just get to that bastard maybe they can break the Earp curse. Full stop. So, for me, there’s a confidence in tone this season that I’m very proud of. I feel like we were able to do all the things that you love but push things and do new character combinations because we all know now there’s an audience for it that loves it. That was an incredible space to be in.

Inside the 'Wynonna Earp' Season 2 Finale 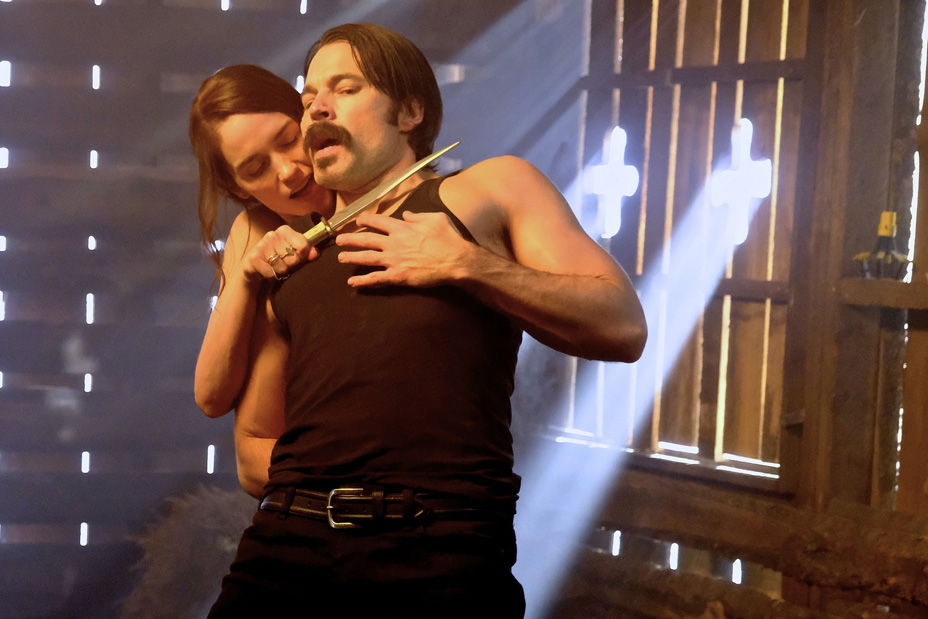 Even with the levity in the first episode, it feels like a reckoning is coming for all of the characters, and now is the time for everyone to see who everyone is.

That’s 100 percent right. This is the season of answers in a way that I hope will satisfy fans. There’s always more mysteries and always new challenges and choices that the characters make that will absolutely make you gasp, and hopefully they’re in line with who the characters are, but we are definitely going to get some real answers about the Earp curse and the Earp family legacy. At the same time, we know who these characters are. Even when people try to tell you you’re one thing, you can still choose to be the type of person you want to be in the world. I would say we’ve been having some fun with cliffhangers and dangling some storylines, but certainly some of the ones that have been percolating since season one we’re going to land the plane on. And then the plane is going to be on fire. 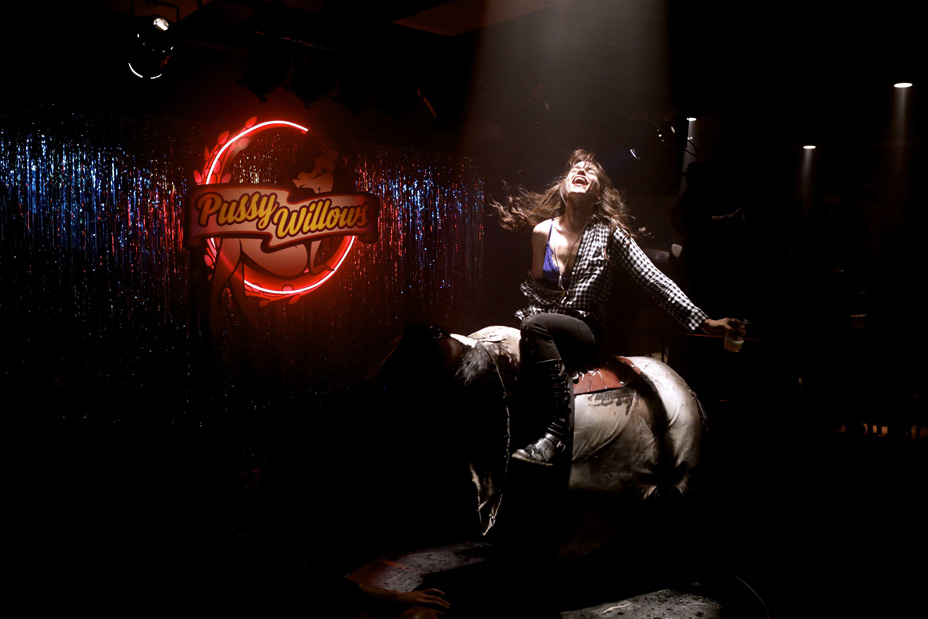 There was a lot of talk in seasons one and two about Mama Earp and now she’s finally here in season three. Is she a character that was always intended to show up?

She was. Bad moms fascinate me. Think about the narrative that you attach to a woman when you hear that she abandoned her three young children; essentially an alcoholic demon hunter. There’s a lot of baggage that’s going to come with that character already. And a lot of judgment. But she’s got these brave daughters. There’s got to be some moxie to this woman, some fierceness that she’s injected into her girls. So how do you kind of marry those opposing two thoughts into this one character? I hope people are intrigued by her, but also as tempted and kind of repelled by her as the Earp girls are going to be. Her journey this season is really interesting and will shed light on this complicated matriarch.

Leading up to the season three premiere, a full trailer was released with the tiniest clip of someone licking a potato. That seemed to be the two seconds that fans ran away with and had some fun. In less than 24 hours, there was fan art, shirts, online polls. … Before “Who licked the potato?” what was your legacy?

Why would I want a different legacy than “Who licked the potato?” Keep your Emmys and Oscars in the Hollywood Hills. When the time comes, I will announce which writer actually pitched that and then that person will lick a potato. It’s a long season, and I would say we have many potatoesque-worthy moments coming up. The fan artists are going to be busy. I genuinely did not think the potato would be the standout of the trailer. I thought, “I’ve given you Wynonna on a mechanical bull, I’ve given you Wayhaught.” Nope! It’s the potato that made everyone lose their minds. Just one more reason to love this fandom. I don’t want any other legacy. I’m good. Put it on my tombstone. People leaving potatoes on my gravestone. That’s why the show works with this fandom. They will forgive the fact that there aren’t Game of Thrones battle sequences, because they understand the delight and oddity and hilarity of a character licking a potato.

Wynonna Earp officially bows Friday at 9 p.m. on Syfy and Space in Canada.