It could have been a logline for a script: A chance encounter in a diner between an agent and a humanitarian leads to the first charitable organization ever integrated into a talent agency.

“I was working with refugees in Bosnia and Croatia and I had just come back to the states to fundraise,” recalls Michelle Kydd Lee of meeting Richard Lovett in a Jackson Hole, Wyoming, diner in the mid-’90s. “He asked me what I did, so I told him about the work I was doing. He stopped me and said, ‘I think you’re supposed to work with us at CAA.’ ” Kydd Lee didn’t give the calls she was getting from the agency too much thought until a friend said: “Michael Ovitz left CAA, and that guy Richard just became the new president. You should probably call him back.”

As one of their first acts as leaders of CAA in 1995, Lovett, Kevin Huvane and Bryan Lourd created the foundation that has “a nonprofit heart within the culture of an agency,” says Kydd Lee, their first hire. She’s been overseeing the agency’s philanthropic arm ever since and is now their chief innovation officer.

“We were in our mid-30s and extremely ambitious about defining our generation of thought leadership, specifically marrying business and purpose,” says Lovett. In the early days, the foundation, which is entirely underwritten by the agency, focused on efforts like sponsoring the drama department at Venice High School, putting computers in schools that needed them and planting trees on campuses. Adds Lovett, “I believe every individual who works here can at least do a small thing in a great way.” 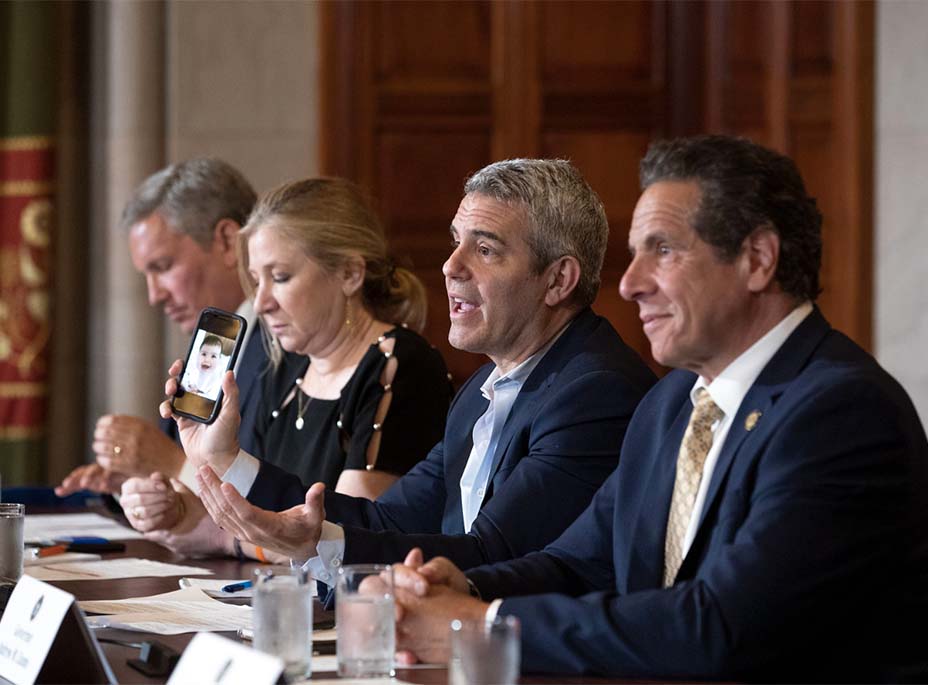 Some of the later, larger efforts include Time’s Up, which was born in a CAA conference room; Amplify, the annual diversity summit; and the I Am a Voter initiative, which boosts civic engagement through the industry’s Civic Culture Coalition. In June, the agency launched another flagship program called CAA Convene to foster development of the next generation of Hollywood leaders.

Perhaps the foundation’s most impactful work has come from acting as a conduit between causes and clients like Jennifer Garner, who says it helped her find a way to combat the poverty she witnessed while growing up in West Virginia. “Rural poverty is one of the most pressing social justice issues America faces, but, 11 years ago, when looking for organizations tackling it head on, my search came up short,” Garner tells THR. “I have experienced no greater privilege than the role Michelle found for me with Save the Children.” The actress has now been helping the organization for more than a decade on everything from policy advocacy in Washington, D.C., to helping local governments fund Head Start and food programs. Her work with Kydd Lee dates back to a post-Hurricane Katrina trip to New Orleans, when she wasn’t yet a CAA client. Says Garner, “To have someone who has spent her life in the social-impact space serving as the most honorable and careful Yenta you could ever meet — what a game-changer for our industry.” 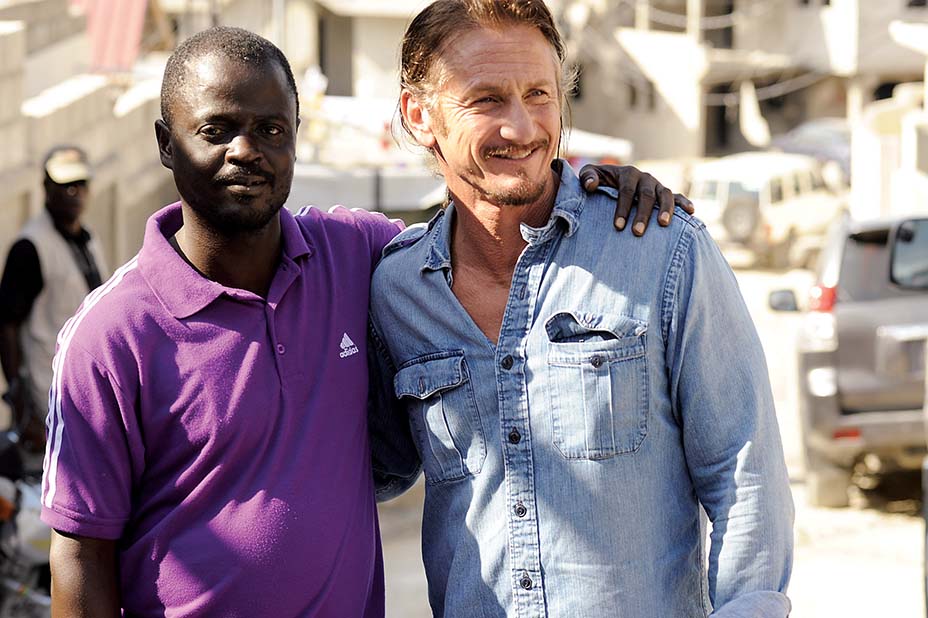 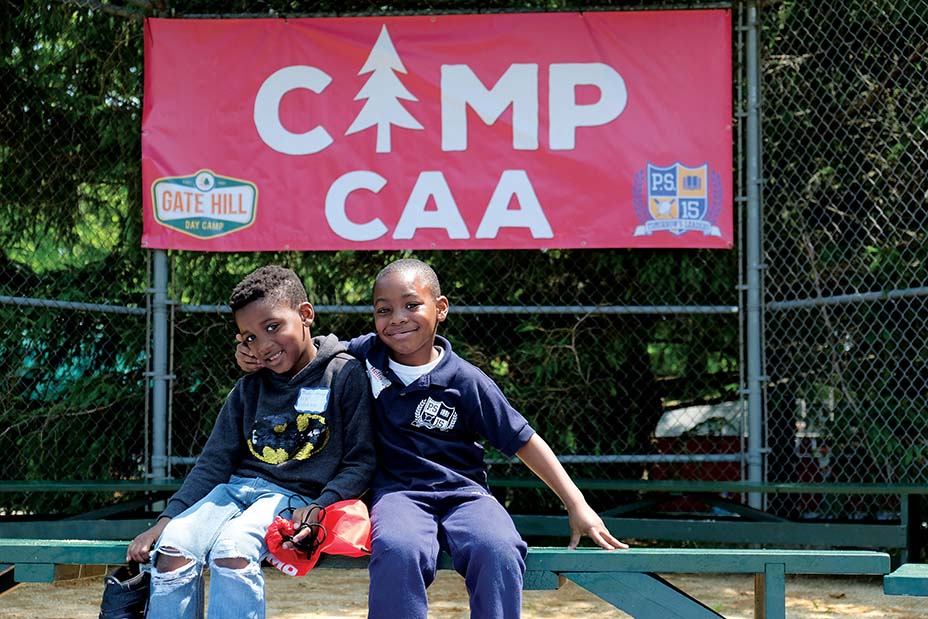 Bravo star Andy Cohen’s activism also was bolstered by the agency — and his motivation is personal, too. “I had a baby in February born by surrogate,” says Cohen. “It was in California because surrogacy is illegal in New York, and I thought that seemed antiquated.” So, he called his agency, which advised him on networking in Albany. Gov. Andrew Cuomo joined him in a push to legalize surrogacy, and although the bill didn’t pass before the end of the state’s legislative session, Cohen isn’t deterred. “Next year, we have a real shot,” Cohen says. “CAA really set me up so that I could take the ball and run. We created heat and momentum around an issue that wasn’t there before.”

Last year, Panic! at the Disco frontman Brendon Urie launched Highest Hopes Foundation with a $1 million pledge to GLSEN, enough to put a GSA (Gender & Sexuality/Gay-Straight Alliance) club in 10,000 high schools. “I had a strong support system via my school band and I know how crucial it is for people who feel they don’t fit in to find a community,” says Urie. “My team and I had a lot of conversations about what sort of nonprofits would align with what I’m passionate about, and CAA Foundation pretty much came in with GLSEN off the bat.”

Grown-ish star Yara Shahidi channeled her frustration at being too young to vote in the 2016 presidential election into launching Eighteenx18, a platform designed to demystify the voting process for people who cast a ballot for the first time in the 2018 midterms. “Inspiring young people to feel empowered to voice their opinions with their vote has continued to motivate us,” says Shahidi. “Our platform is here to reframe civic engagement as an everyday opportunity.” 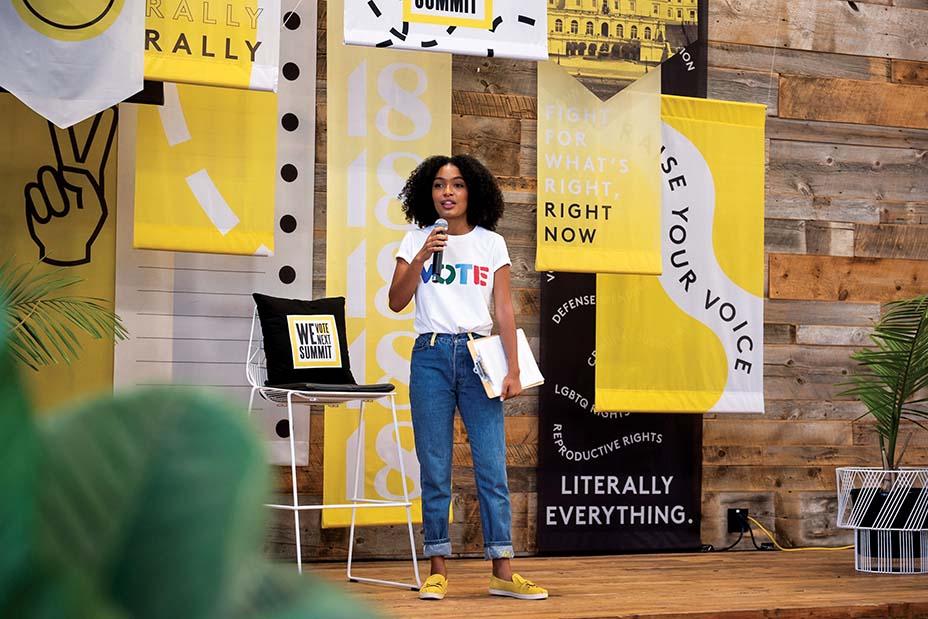 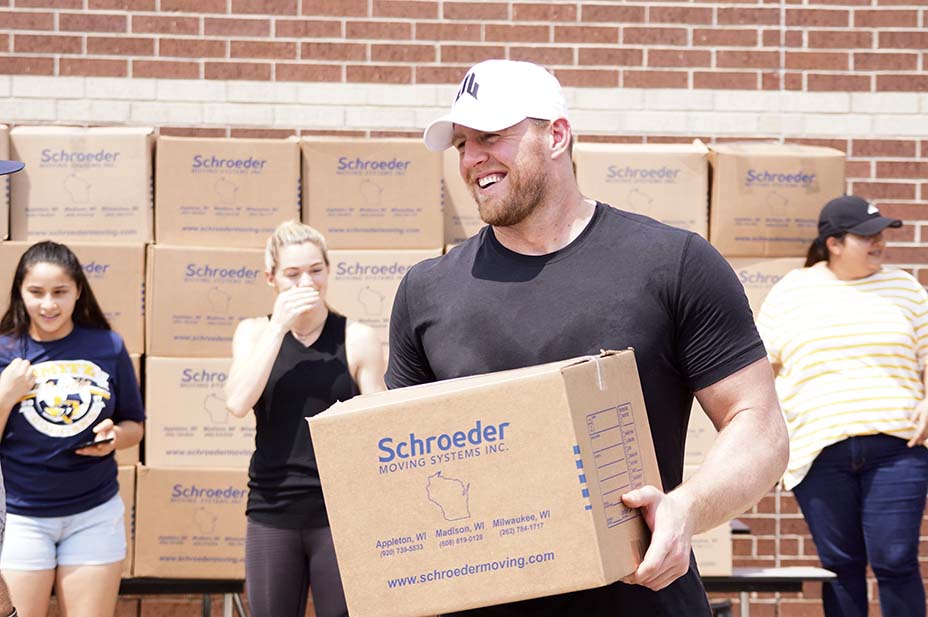 Meanwhile, employees spent more than 120 days volunteering in 2018, and service opportunities are typically available weekly. CAA assistants have formed task forces at offices across the country and raised more than $4 million for Communities in Schools and Children’s Defense Fund through events like the Young Hollywood party. “I am so inspired by the young people that come in every single day to our building,” says CAA Foundation executive director Natalie Tran. “They are so in touch with what’s going on in the world and they really, really believe that taking action is important and crucial to who they are.” 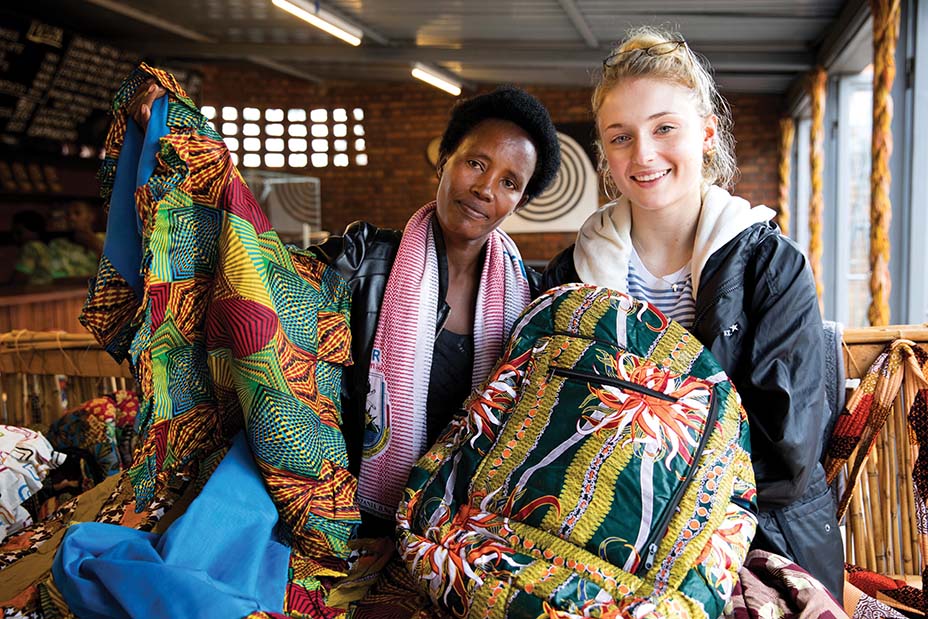 Tran says employees and clients drive the constant expansion of its partners list, which currently numbers in the hundreds. “We’re actually being reactive to what they’re passionate about, like immigration and women’s reproductive rights,” she says. “We want to make sure they have the tools they need.”

Kydd Lee adds that the foundation also uses CAA’s position as a Hollywood powerhouse to anticipate what will be in the public conversation in the near future and maximize social impact on related issues. For example, they knew Michael B. Jordan and Jamie Foxx were going to star in a feature film adaptation of Bryan Stevenson’s book Just Mercy, which centers on his experiences as a young lawyer working to help those being wronged by a broken justice system. “Last year in preparation we hosted different criminal justice reform organizations like InsideOUT Writers and the Vera Institute of Justice for roundtables in our offices,” says Tran. “We also invited agents and executives to go inside a prison and experience that.”

Shaka Senghor’s interview in Ava DuVernay’s 13th is another example of CAA leveraging its reach for good. Senghor spent nearly two decades behind bars and struggled to find work after being released because of his felon status. He wrote and self-published a book called Writing My Wrongs, which CAA gave to Oprah Winfrey, who introduced him to DuVernay. “He went on to run the Anti-Recidivism Coalition,” says Kydd Lee. “He is an amazing human being who is teaching us all about what it means to not have one action define a person’s entire life.”

When the foundation launched nearly 25 years ago, it was a “sociology experiment,” says Kydd Lee. Since then, companies across entertainment have incorporated social action into their corporate culture. — and Lovett says that’s more important ?now than ever.

“Forces which are creating fear and division have a great deal of energy,” says Lovett. “So actions for good have to be more committed and more relentless. We will continue relentlessly to use our energy and resources to support and amplify positive efforts.” 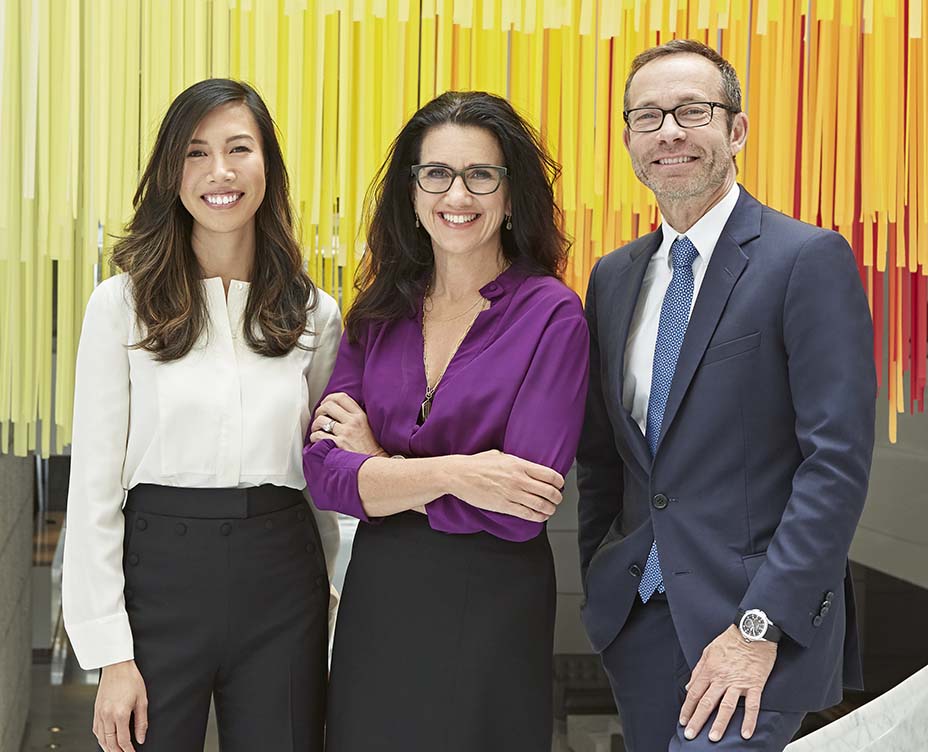 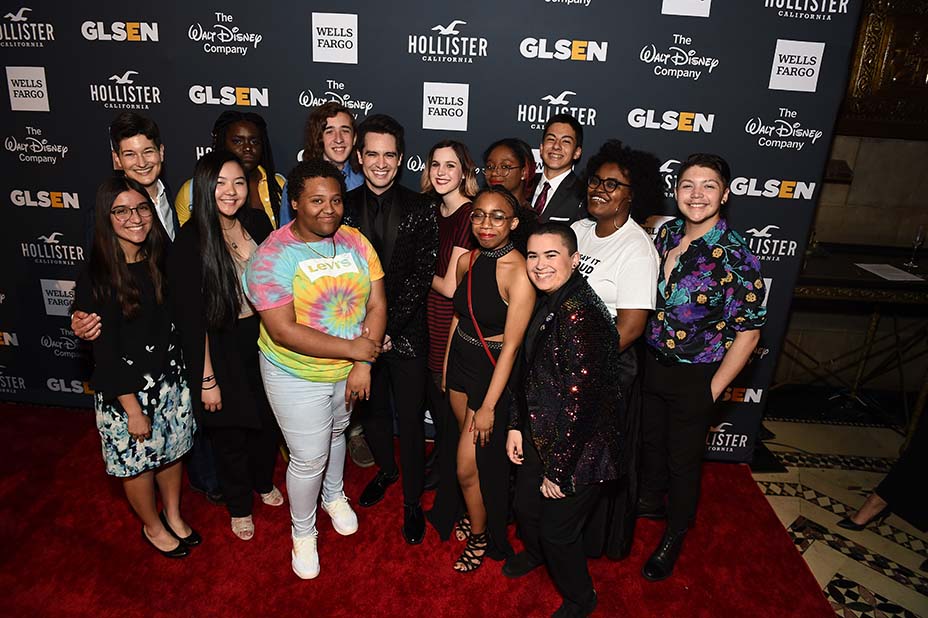 100 Years, 1 Billion Kids and a New Mission: Save the Children Celebrates Centennial

A version of this story first appeared in the July 10 issue of The Hollywood Reporter magazine. To receive the magazine, click here to subscribe.