Fresh off the Beautycon panel “Black Girl Magic on the Big Screen” featuring Marsai Martin, Issa Rae and Regina Hall, the crowd at New York’s Jacob K. Javits convention center this weekend moved right into a talk entitled “Fighting the Fear of Being Yourself” with Martin’s Black-ish co-star Yara Shahidi (now on the ABC hit Grown-ish) and journalist-activist Noor Tagouri.

Shahidi started the discussion by delving into her 2018 directorial debut with the short film X, inspired by Albert Lamorisse’s 1956 French film The Red Balloon, Roman Mars’ “99% Invisible” podcast, and Shahidi’s life in Los Angeles. “I was attempting to take the audience through the journey of a young character [X] who has to grow up quite literally in front of our eyes,” said the 19-year-old actress and Harvard student.

“It’s a larger commentary on the daily trauma that you endure and how it can be something so small, but how you’re forced to grow up in certain environments,” she said. “Being black and Iranian, being proud of both…being a member of such a large Gen Z community who assumes every identity, that stuff becomes personal.” 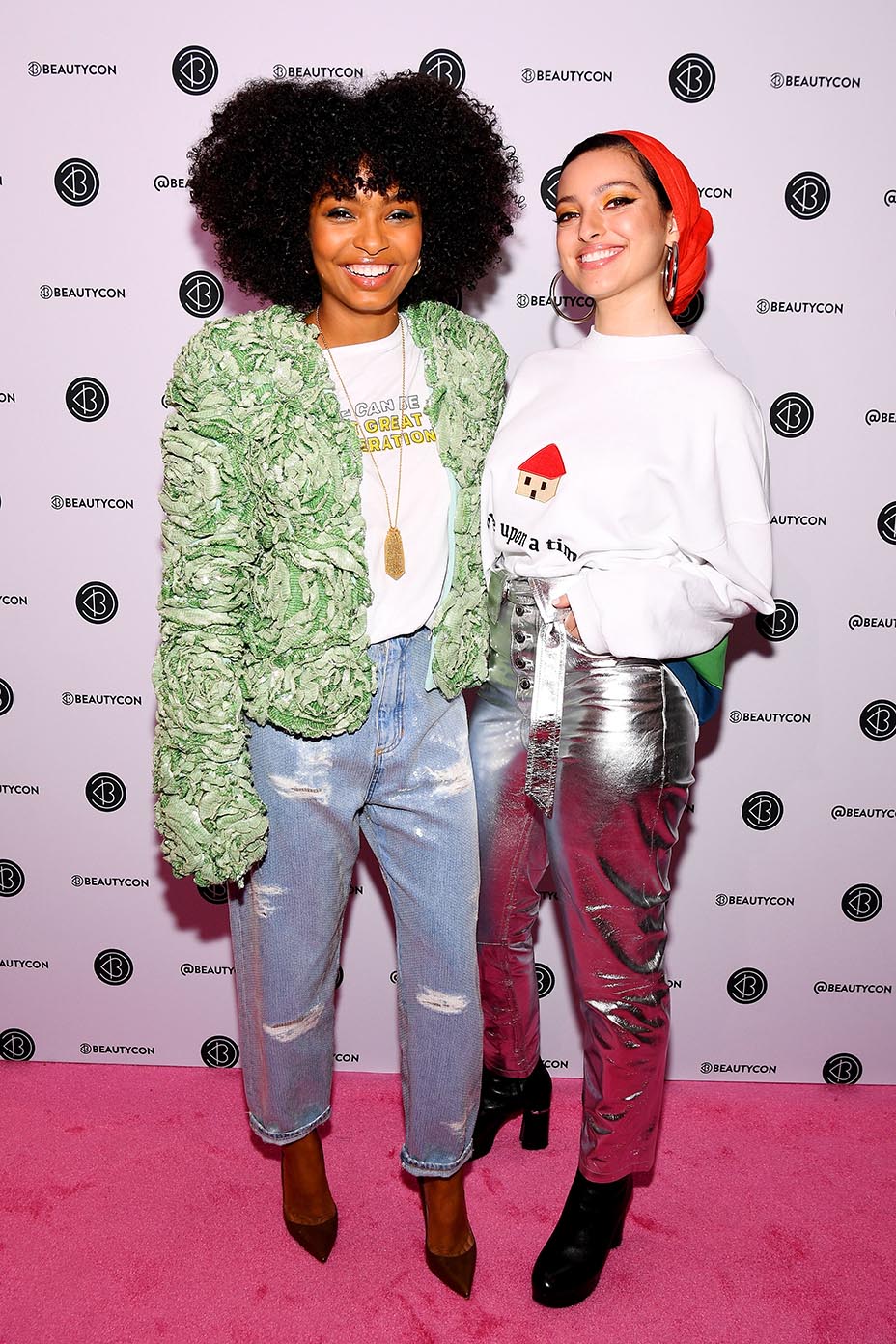 Speaking to the daily struggle that white culture doesn’t necessarily recognize, she said: “What is it like when you are constantly occupying space you have no ownership of? What is it like to occupy a space that is white-owned and white-made and, therefore, you have no semblance of ownership over where you maneuver in the world?”

On the role of entertainment in her life, Shahidi says that she did not watch much television growing up, but rather lived in a world of books. “The TV was off Monday through Friday at our house, and I watched probably like an hour on Saturdays. But what my parents did was basically create a supplementary curriculum for me. What I was intaking was African folklore. I had the African Cinderella. I had Persian Cinderella. I had Korean Cinderella. I collected different Cinderella stories from around the world.”

So her position as a budding film and television star is somewhat ironic, but she’s grateful for her book-focused background.  “It wasn’t until I hit 13 and I realized that so few people, including myself, get to see yourself on a large screen,” she said. “Because books are what informed my narrative, I was able to live a certain life in which my realm of possibility was endless. Whereas if you are intaking media and media is what defines what is normal, there is a constant pressure…to affirm and reaffirm to you that you are not normal.”

As for her best piece of advice on being yourself, Shahidi said: “Find your support network. It’s always important to have that tribe to turn to process the day, to remind you that you aren’t going crazy.”