[This story contains spoilers from the season two finale of Netflix’s You.]

While many viewers of soapy stalker drama You didn’t tune in until the series hit Netflix, season two newcomer Victoria Pedretti watched it during its original run on Lifetime. As fate would have it, she originally auditioned for the first season, and went in to meet with creators Sera Gamble and Greg Berlanti before You‘s unexpected popularity on Netflix (where the already-in-progress second season would later move).

The actress makes her debut in season two as the confident, charismatic, self-possessed, creative and talented aspiring chef Love, the impossibly cool new object of stalker Joe Goldberg’s (Penn Badgley) affection, who ultimately finds out about her new beau’s proclivity for murder — and is surprisingly OK with it.

“She’s a little fumbling and quirky enough to just seem real — before we really know her, of course,” Pedretti tells The Hollywood Reporter of her character. But Love has a darker layer underneath: It turns out she’s the one who murdered Joe’s neighbor, Delilah (Carmela Zumbado), and killed the woman who seduced her twin brother as a teen as well. That revelation didn’t necessarily sit well with her boyfriend — and baby daddy. Yes, Love’s pregnant, and she and Joe have seemingly moved to the suburbs, setting up a potential third season.

The Haunting of Hill House star spoke with THR about her character’s dark side, moving from one Netflix phenomenon to another and whether she thinks people are actually attracted to Joe Goldberg the serial killer.

Did you know about the killer twist going into the season? When did you find out about Love’s dark side?

I found out about it pretty late in the season that we had already started shooting. I think that it makes sense with who she is throughout the whole show. It’s certainly not something she would have to do, but then once you find out you’re going to be representing these kinds of really violent acts, you just start figuring out how to perform it. I don’t think that I was too caught up in trying to get into the psyche of a killer. I don’t think that is who she is at her core. But she did feel the compulsion to protect her man and her child without thinking about the consequences in a very impulsive and animalistic and, I think, completely unjustifiable way. But in her mind, it was far more simple. 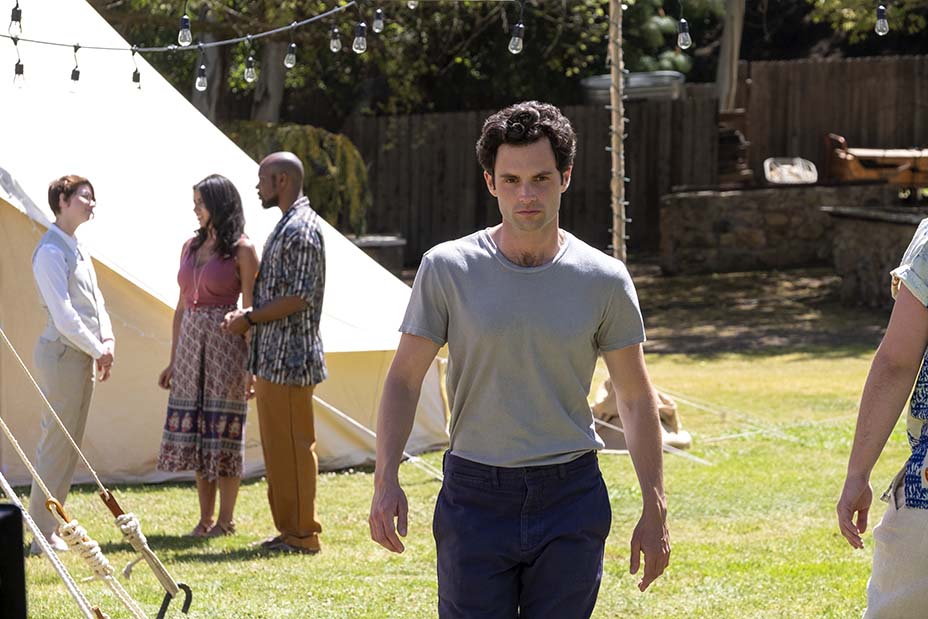 Throughout the whole series Joe says via voiceover, “I’m doing this because I love you and I’m protecting you,” but now when the tables are turned and someone is doing that for him, he’s taken aback.

They similarly possess a lot of privilege. She knows that she’s not ever going to really be affected by real consequences in life, given the amount of money and power that her family has. So she’s learned very early that she doesn’t have consequences for her actions. He is also really similar. She is a protector and a pleaser, and she works very hard to take care of this person that she feels bonded to, very similarly to the way he speaks about them being soulmates, and that he can’t leave her because he has to watch and protect her. He’s drawn into a lot of really great things about this person, but without seeing the full picture. And as soon as she becomes a full-fledged, real, complex person who has flaws and baggage, then you watch him struggle with it the more and more he is engaged in her life. He doesn’t really love her. He loves this idea of a person. And you see it when he looks at her and he goes, “you’re crazy.” It’s just like, what the fuck? How is this psychopathic murderer turning to somebody else and going, “You’re crazy”?

'You' on Netflix: The Ultimate Season 2 Primer

When Joe is confronted with the same things he’s been doing, he doesn’t necessarily like it. A normal person would maybe reconsider his behavior, but it feels like Joe probably won’t.

I don’t think so. I think he really does feel separate from what she does. It just highlights how deep his delusions are about who he is and what motivates his behavior.

What did you think about the discourse surrounding people tweeting to Penn Badgley “Joe can stalk me any day” and other potentially problematic things?

I hate this dialogue we have around the idea that Penn Badgley had to educate women on how they don’t want to fuck a murderer. That is ridiculous! That is absolutely ridiculous. Women don’t actually go around being like, “Mmmm, oh my god, that serial killer!” That’s not why they like him. They like him because Penn Badgley is cute. OK. We get it. And he’s not actually a murderer. He’s actually a really lovely person. And intelligent. He’s the opposite of Joe in many ways other than the exterior. He understands a lot of things that Joe isn’t capable of understanding. I think people might have a fantasy about Penn, but I don’t think that they really actually want to want to sleep with a murderer.

You starred in Haunting of Hill House, which became a phenomenon in 2018, and now you’re in another Netflix fan favorite. What has the past year been like for you?

It’s been a whirlwind. It’s been a lot to comprehend, but also a great joy and an amazing opportunity to continue to practice what I love and meet new, great people and have stories that people seem to really be drawn to. I don’t think I could have possibly imagined [this]. I remember sitting on a balcony with my castmate Oliver and we were just like, “Are people gonna like this?” Nothing like it existed so there wasn’t any real precedent and we could [only] speculate. It was such an incredible joy to watch how much it touched people and how they rewatch it and they love these characters that we love also. That was my first job out of college. I just graduated college and was just starting my professional life as an actor and to go from that, and then have the opportunity to work on another series that was stylistically pretty different, it’s just incredible. I love what I do. I would love to continue to be able to do it.

The finale sets up a potential season three with Love and Joe as parents, and obviously that will not go well.

I agree. That would not go well.

There’s no official word yet, but what would you like to see in a potential third season?

I really don’t know. I could not write this show. I don’t think that anything I could come up with would be nearly as exciting as whatever our writers come up with. I don’t allow myself to do that. I leave that up to the writers. 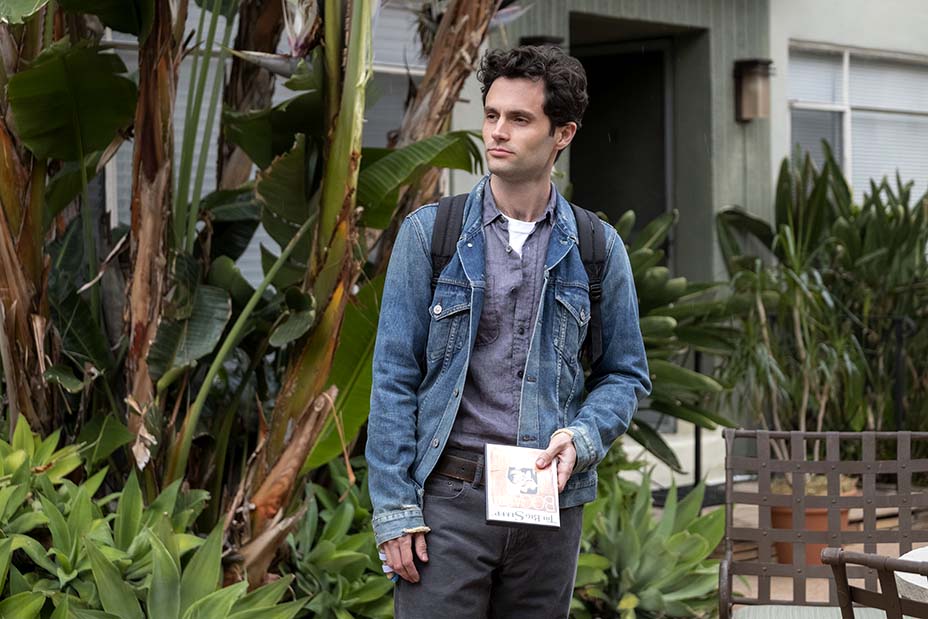 Love is pretty carefree and focused and really ready to get vulnerable and connect and not shying away from being available to this man. She also did some dark stuff. I mean, the stuff with her family is pretty upsetting before we find out about the turn. All the stuff at the getaway, the vow renewal, it’s pretty upsetting. So, I don’t know. I don’t feel like that was where any distinct shift, honestly. I think it slowly became more and more complicated.

The season pokes fun at some of Los Angeles’ more hippy dippy, New Age-y tendencies, do you have any of those? How into crystals are you?

No, I don’t think I’m very L.A. at all. I don’t own crystals. I think that astrology gives us some interesting language to discuss personality types and whatnot. It definitely was a stretch for me. I’m not somebody that eats all organic. I mean, I’d like to be healthier, it’s just not who I am.

You season two is available to stream on Netflix.