Much like the frenetic characters at the center of the show, You’re the Worst ended its third season on a major high that was immediately succeeded by a devastating low.

After proposing to Gretchen (Aya Cash) on a hilltop overlooking Los Angeles, Jimmy (Chris Geere) got so spooked by her calling him “family” that he ended up deserting her, fleeing the romantic proposal site in the car that took them there.

Though the notorious commitment-phobes have had their share of ups and downs, the look on Jimmy’s face signaled to viewers that, perhaps this time, Jimmy’s betrayal could be rooted in something deeper and less forgiving — a performance that Geere says he achieved thanks to creator Stephen Falk talking in his ear during the scene.

“It was the very last day of the shoot,” Geere recalled to The Hollywood Reporter during the recent FX Networks upfront event in Manhattan. “I was driving and Stephen was in the passenger seat, and we had the cameraman in the back and a camera mounted on the front of the car. Stephen said, ‘Just drive and I’m going to tell you stuff.’ And he spoke about everything that had happened across the season and it made me think of so many different things.”

Indeed, the third season of the FXX comedy saw Jimmy not only learning how to support Gretchen through her clinical depression, but also suffering, and appearing to have emerged through, somewhat of a quarter-life crisis after the death of his estranged father.

'You're the Worst' Season 3: TV Review

“There will probably be a period of self-analysis where he’s just very self-obsessed and tries to figure things out in his own way,” said Geere of what viewers should expect from Jimmy come season four, which hasn’t begun filming. “I don’t think he’ll ever feel instant remorse; he’s just not that kind of guy.”

Still, both Geere and Falk insist that You’re the Worst is a love story at its core and that viewers shouldn’t view the finale as a Gretchen and Jimmy relationship-ender.

“I don’t think we can keep them away forever,” Falk told THR. “But I certainly think that Jimmy’s actions are something that would make someone not want to hang out with them for at least a while, right?”

Falk says the fourth season will pick up sometime after Jimmy’s drive away from Gretchen, but that it won’t be a huge time jump.

“You hope that, in the end, they have to come together at some point,” said Geere, who anticipates that Gretchen will be toeing the line between heartbreak and rage when the show returns. “It’s a love story at the end of the day, and love is not easy, and this is a classic example of that.”

'You're the Worst': Inside the Surprising Season 3 Finale

In addition to the love story, You’re the Worst has explored mental illness, abortion, and veterans’ rights and PTSD. Though Falk, who is currently halfway done with the upcoming cycle, said he isn’t looking for the “serious issue of the season” this time around, he is looking to the current real-life climate to inform upcoming storylines.

“We talk a lot in the writers room, not only about pop culture, but also about serious politics,” said Falk. “We certainly are political and informed by what is going on in the world.”

But that doesn’t mean You’re the Worst will be following the scripted-TV trend of taking on President Donald Trump. At least, says Falk, the show won’t be mentioning him by name.

“We don’t want to date the show,” he explained. “There’s some shows that work in very specific references. Our pop-culture references are constant and all over the place, but they don’t tell the viewer, ‘OK, this is a show that takes place exactly at this second.'” 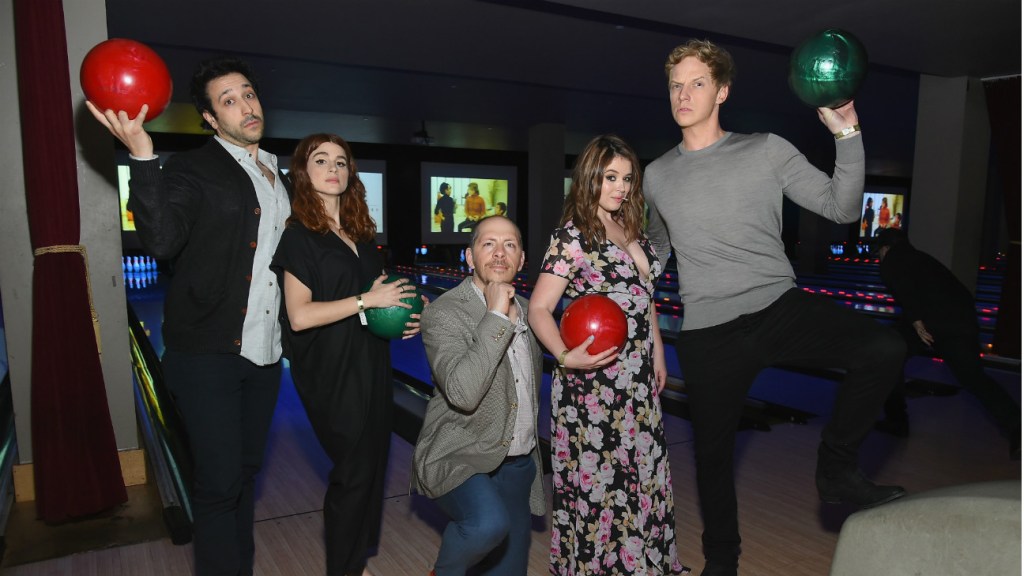