[This story contains spoilers from the series finale of FXX’s You’re the Worst.]

“Satisfied” and “relieved” are fitting words to describe how the comedy about two terrible people who find love together ultimately ends. Over five seasons and 62 episodes, You’re the Worst helped revive the rom-com genre, put a spotlight on PTSD and delivered what multiple critics coined the best depiction of clinical depression ever. The series, which was born out of Falk’s experience of having a comedy picked up to series at NBC and canceled before its premiere, started its run owned by Fox and airing on FX and wrapped under Disney’s umbrella and on younger-skewing FXX. In the time between, the comedy launched the careers of Falk and stars Cash (Gretchen), Geere (Jimmy), Kether Donohue (Lindsay) and Desmin Borges (Edgar) while also celebrating (and ultimately memorializing) Sunday Funday and things like Breakfast Nachos and Trash Juice.

'You're the Worst' Recipes Revealed: Here's How to Make Trash Juice, Breakfast Nachos

Wednesday’s series finale made good on the promise of its Slothrust theme song, “7:30 AM” — “I’m gonna leave you anyway” — while also providing a larger statement of sorts about modern relationships. In doing both, Falk and company still managed to deliver a satisfying conclusion for all four of You’re the Worst‘s central characters. Jimmy and Gretchen don’t get married but still wind up together. Lindsay re-marries her first husband, Paul (Allan McLeod), who has a son thanks to Vernon (Todd Robert Anderson) and Becca (Janet Varney). And Edgar is a successful writer living in New York.

“My goal is to always make things — and particularly endings — feel surprising but inevitable,” Falk told The Hollywood Reporter from the diner location back in September. “It’s been a five-year internal debate about where we leave them, because I am all for people not ending up together, because the majority of relationships end. … It became interesting to look at this goal of walking down the aisle … and at a certain point, I had a flash of, ‘Could we have it both ways? Could we really in earnest be heading toward this thing, could they not get there and then still be together?'”

And that’s just what happens. After learning Gretchen outsourced the writing of her vows, Jimmy realizes that perhaps Edgar — who painfully warned him to not marry Gretchen — may have been right, and the couple wind up having an intense fight. The duo eventually wind up at a diner and make a different kind of vow to each other. Instead of committing to traditional wedding vows (like to love each other forever), Jimmy suggests they commit to each other each day. Gretchen, who always loves having one foot out the door, gleefully agrees, and they feast on pancakes for the final frame of the series.

“I think it’s perfect. It’s a really beautiful way to end — it honors the spirit of the show, and it doesn’t just put a bow around it and happily every after,” Cash tells THR. Adds Geere: “They were never going to walk off into the sunset, but this is a perfect ending. I’m glad they didn’t get married and that they ended up together. The fact that there is a chance that they might one day is realistic, and it’s a whole spin on the ceremony of marriage.” 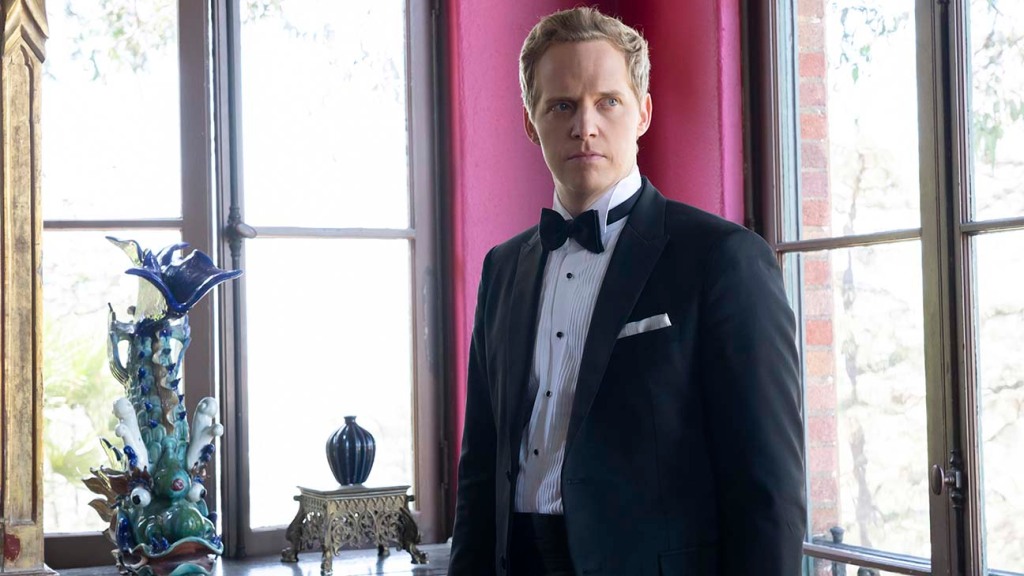 As for the future of the central foursome, Falk toyed with time over season five and weaved together a number of flash-forwards to reveal that four years into the future, Jimmy and Gretchen are still together and have a daughter, Felicity. Lindsay and Paul remarry, and Edgar returns to L.A. for a reunion with Jimmy in which the best friends make up. Edgar apologizes to Jimmy, who in turn notes that the former was right about the wedding. Edgar responds that he was wrong and only did it because he needed to leave Jimmy.

“[Edgar telling Jimmy not to marry Gretchen] hits him harder than any other storyline or any Gretchen-related thing, because Edgar has always been so subservient, and this season especially the tables are turned and he stands up for himself for the first time, and that’s what really changes Jimmy,” Geere says. “Edgar is the only character who has ever made Jimmy re-evaluate.”

Below, Falk, Cash, Geere and Donohue talk with THR about the series finale, the legacy of You’re the Worst and what that ending says about commitment.

Why 'You're the Worst' Is Boldly Taking on Depression

WHAT THAT ENDING SAYS ABOUT COMMITMENT

“They make a vow: instead of forever, for today, and they decide to make that vow every day,” says Falk, who had a cameo with his wife and daughter in the finale’s dance scene. “What we’re saying is very specific to these characters. This has always been a show about the suspicious and the damaged and the cynical. And it’s really them examining the usefulness for them of making a lifelong commitment. A lot of what we deal with in the show is honesty, Gretchen’s inability to be honest and Jimmy’s brutal honesty instead of useful honesty. … The notion for them about getting up in front of your friends and promising something that you can’t really promise is antithetical to who they are, and, by proxy, them as a couple. So they examine that and made a different choice that we see frees them to actually be successful.” The showrunner, who has an overall deal with FX Productions, sees the ending as an example of the “giant spectrum” of modern relationships that exist today and as an alternative to marriage.

Geere, meanwhile, sees the ending as a big statement about how challenging it is to love someone forever when nobody really knows how they’re going to feel in five to 20 years. “For Jimmy and Gretchen to fulfill that lie, to fall into a box — which they haven’t done in five seasons — would be hypocritical. I’m really proud that we got to a point where we stay true to the characters the entire way and haven’t fallen into a cliché.” 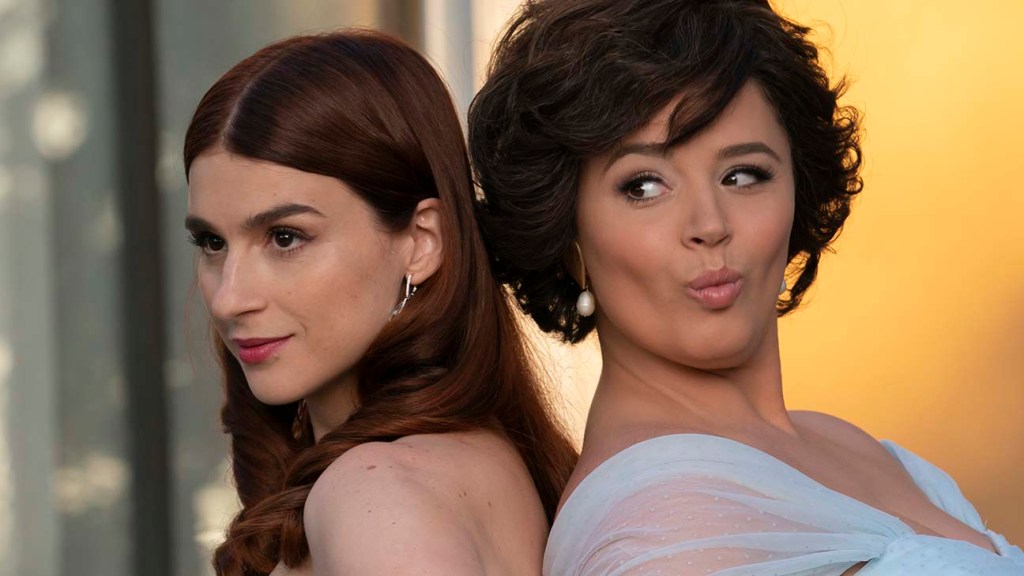 Perhaps one of the biggest transformations on You’re the Worst has been that of Donohue’s Lindsay, who started off as a perky woman in pearls who was trying to be something she wasn’t amid a loveless marriage. Donohue, who popped by the set to watch production on the final scene of the series, told THR that Lindsay’s journey paralleled her own “independence journey.” “I like that there is a sense of reconnection for Lindsay — it feels very Wizard of Oz in that love for her was right in front of her the whole time,” says Donohue, who next has ABC comedy pilot Happy Accident. “Lindsay did the work — in her own way. She is independent now and has tried out a bunch of things. It happened gradually, where she realizes she actually cares if Paul leaves or not. When the pilot starts, she’s already married to Paul, and they bypassed the dating stage. In the finale, you actually witness her falling for him. She’s not trying to impress her sister, and she’s not in it for the money. Her ending felt satisfying.” 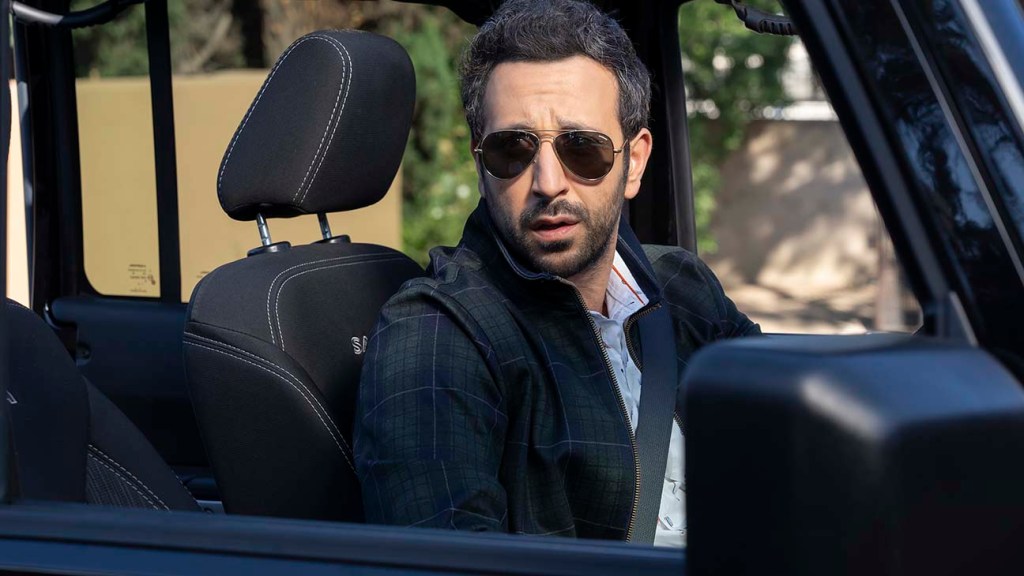 THE LEGACY OF YOU’RE THE WORST

“I remember getting this job and being like, ‘Wow, a female character who is just as interesting and complicated and messed up as the guy,'” says Cash, who notes that the show “broke a lot of barriers that now maybe aren’t as surprising.” While many comedies have been prone to doing “issue” episodes, You’re the Worst did a number of things to break the mold, including its portrayal of storylines involving PTSD and clinical depression and featuring graphic sex scenes. “Things have changed, and I feel like we’re really lucky to have been part of that change,” Cash says. The actress, who remains with FX for limited series Fosse/Verdon, is most proud that You’re the Worst has never lost sight of Gretchen’s battle with depression — which is acknowledged in the final scene of the series.

Inside 'You're the Worst's' Timely PTSD Episode

Geere, for his part, is proud of Jimmy’s newfound ability to be empathetic — which illustrates how much he’s grown over the course of the series and that no one predicted. “He was a self-centered narcissist, and now I just think he’s a bit of a dick — with heart,” he says.

For Donohue, the series has given her a second family who accepted her for who she is. “Over the course of five seasons, my weight has fluctuated 50 pounds up and down, and the fact that the network and Stephen never said anything — which shouldn’t be a big deal but is because women are constantly told to lose weight in the industry,” she notes. “Women reach out to me a lot thanking me for portraying Lindsay as a desirable woman.”

Why 'You're the Worst' Depicted a Different Side of Abortion

While Falk says he’s proud of how his show tackled PTSD and clinical depression — he still gets messages from veterans and viewers alike about both almost daily — the showrunner hopes You’re the Worst is remembered as a “very tight, well-written, well-acted, funny rom-com when there weren’t a lot around.” When the series started, there weren’t a lot of rom-coms on television and, five seasons later, the genre has exploded with hits like Crazy Rich Asians and a slew of TV movies on Netflix. “It’s nice to even tangentially or circumstantially be on that crest and watching that go,” Falk says. “I hope that we’re remembered as a really good rom-com that somehow managed to be both funny and dirty and truly romantic and optimistic at the end.” Falk is a self-professed super-fan of romantic comedies — see the final season premiere episode that was a spoof on ’90s rom-coms — and hopes the genre provides a good roadmap for how people think about romantic love and falling in love — even if relationships aren’t right for them. “I really feel like we were the right show at the right time, and we rode this giant change in the TV industry,” he says. 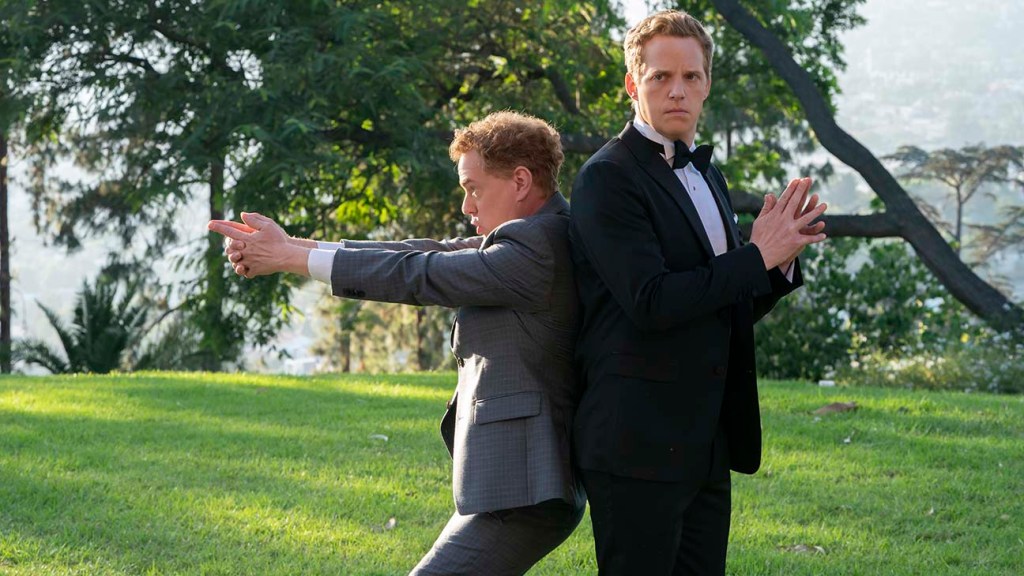 In the current landscape where TV reboots, spin-offs and sequels remain in high demand across broadcast, cable and streaming outlets, Falk remains open to the possibility of exploring some of the other fan-favorite Worsties. “Vernon has become a fan favorite and opens up his Mobile Vern Unit medical care truck in the finale, and I would love to explore that,” says Falk, who is dead-set against revisiting the show in a movie format.

On the Set of FXX's 'You're the Worst': A Family of Misfits Who "Have a Lot Left to Say"