The Green Carpet Fashion Awards 2020 awarded five statuettes on Oct. 10 with winners including Zendaya, for her work increasing inclusivity in the style world, and designer Sindiso Khumalo. The awards were held digitally, streamed on YouTube’s Fashion Channel, and incorporated a mix of film, visual FX, holograms and augmented reality.

Robert Downey Jr. kicked off the show, telling viewers, “Tonight is centered on sustainable and ethical values. If any part of this evening’s proceedings seem frivolous given the current avalanche of global crises that seem to be permeating our existence, I respectfully challenge you to imagine a world where no one is doing their part to make sure big business a force for good. In my opinion, fashion is a fine place to start. Why? Because change can be stylish and elegant and, what is that word, fun. Remember fun?”

The awards show — produced by Pulse Films and Eco-Age consultancy founder Livia Firth in collaboration with the National Chamber of Italian fashion, the Camera Nazionale della Moda Italiana — then cut to singer Sonya Yoncheva performing an aria, set at Milan’s famed La Scala opera house, which was reimagined with digital technology as a tropical garden filled with flowers and butterflies.

Zendaya won the first award of the evening, the GCFA Visionary Fashion Award, presented to her by veteran modeling agent Bethann Hardison, who applauded the Euphoria actress for her inclusivity in using plus-size models on the Tommy Hilfiger x Zendaya runway, and for “using an all-Black team to create her September InStyle cover.”

In her acceptance speech, the actress said, “I think fashion has always truly lived in my heart. Ever since I was very, very young I loved clothes. And I think it’s so much more than just clothes. I think it’s an art, it’s emotion, it’s feeling and to me through clothes I’ve been able to find myself and be more confident in myself as a young woman, growing into my womanhood. And also throughout my career, I’ve had the privilege of being able to showcase other and different types of beauties through the work that I get to do.” 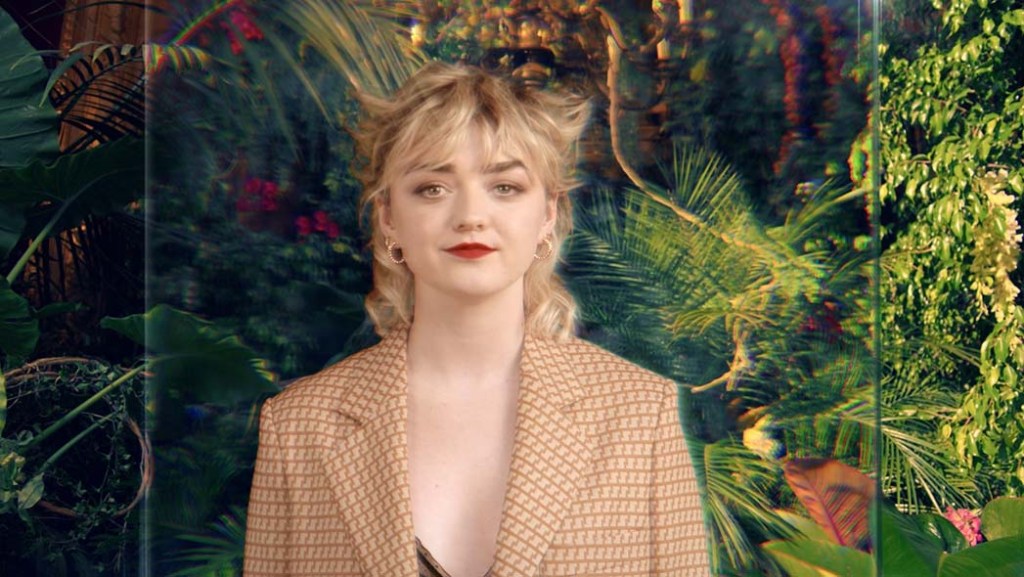 Game of Thrones and Two Weeks to Live actress Maisie Williams presented the Independent Designer Award, noting that 16 fashion designers were considered for the honor, which spotlights creatives who practice sustainability principles. The winner, Cape Town, South Africa-based Khumalo — whose most recent runway show, for spring 2021 was inspired by the life of abolitionist Harriet Tubman — said in her acceptance speech, “I started my brand with the premise of being a modern-day Robin Hood, to make luxury clothing that will eventually help the poorest and most vulnerable in our society, to create a change for our continent and to create a new future for our youth.”

Progetto Quid, which designs collections made from end-of-line fabric that would otherwise be wasted, won the CNMI Responsible Disruption Award, which was presented by the model Iman. “We create employment for the most vulnerable on the job market, especially women,” noted Progetto Quid’s Anna Fiscale in accepting the award.

South African-born actress Nomzamo Mbatha (Coming to America 2) presented the North Star Award to the United Nations for its Sustainable Development Goals, which was accepted on behalf of the organization and its U.N. Alliance for Sustainable Fashion by Tatiana Valovaya, the director-general of the United Nations at Geneva. Presented by actor Colin Firth, the Art of Craftsmanship Award — the last of the evening’s five statuettes, which are all designed by Chopard in ethical gold — went to the artisans of the country of Italy. Firth, the founder of the Green Carpet Challenge, which promotes making sustainable choices on red carpets, and Carlo Capasa, the chairman of the Camera Nazionale, co-hosted the evening, and the singer Celeste performed.

Complementing the 45-minute awards show — which was also broadcast on Sky channels —  the Green Carpet Fashion Awards presented a Digital Green Carpet. The platform showcases celebrities from around the globe, who wore outfits focused on sustainable style to mark this year’s awards show, as well as spotlighting looks worn to past Green Carpet Fashion Awards shows and providing how-to green-glamour style videos. (This is the fourth iteration of the awards.)

Near the end of the program — which was supported by the Italian Ministry of Foreign Affairs and International Cooperation and the Italian Trade. Agency — actress Cate Blanchett narrated a short animated film. “We sense a new beginning, a dawn in an awakening world, a time of monumental change. We sense this from the quiet, from the unrest and from the looming waiting feeling in the pit of our stomachs. The story of our time will be defined by what comes next, what will we do now that our eyes are open,” she said. The Green Carpet Fashion Awards is among the voices providing a plan for that way forward.